On Saturday 19th April we had a family day out a Hatton Adventure World in Warwick.

This is somewhere we have not visited before so we were all really looking forward to it.
We packed the kids into the car, they obviously knew we were going somewhere but we hadn't exactly told them where, and start our journey.

We had a nice 50 minute drive from our house to our destination, the drive was nice and straightforward from our house straight along the motorway then follow the main roads through to Hatton Adventure World.

We arrived about 15 minutes before the park actually opened, but this allowed us to sort ourselves out and have a nice walk around the Hatton Village area of the park, the shops were closed at this point but the kids enjoyed looking through the shop windows to see what was inside, their particular favourite was of course the sweet shop.

Inside the park there is so so much for the children to do and see. We decided that we would have a half and half lead day to be honest, we knew what time things were on but at the same time we let the children chose what they wanted to see or do.

The boys decided they wanted to try out the tractor play area first. This is a lovely set up area where the children can play on the pedal powered tractors and ride them over ramps and through tunnels they can also pretend to full the tractors with fuel. 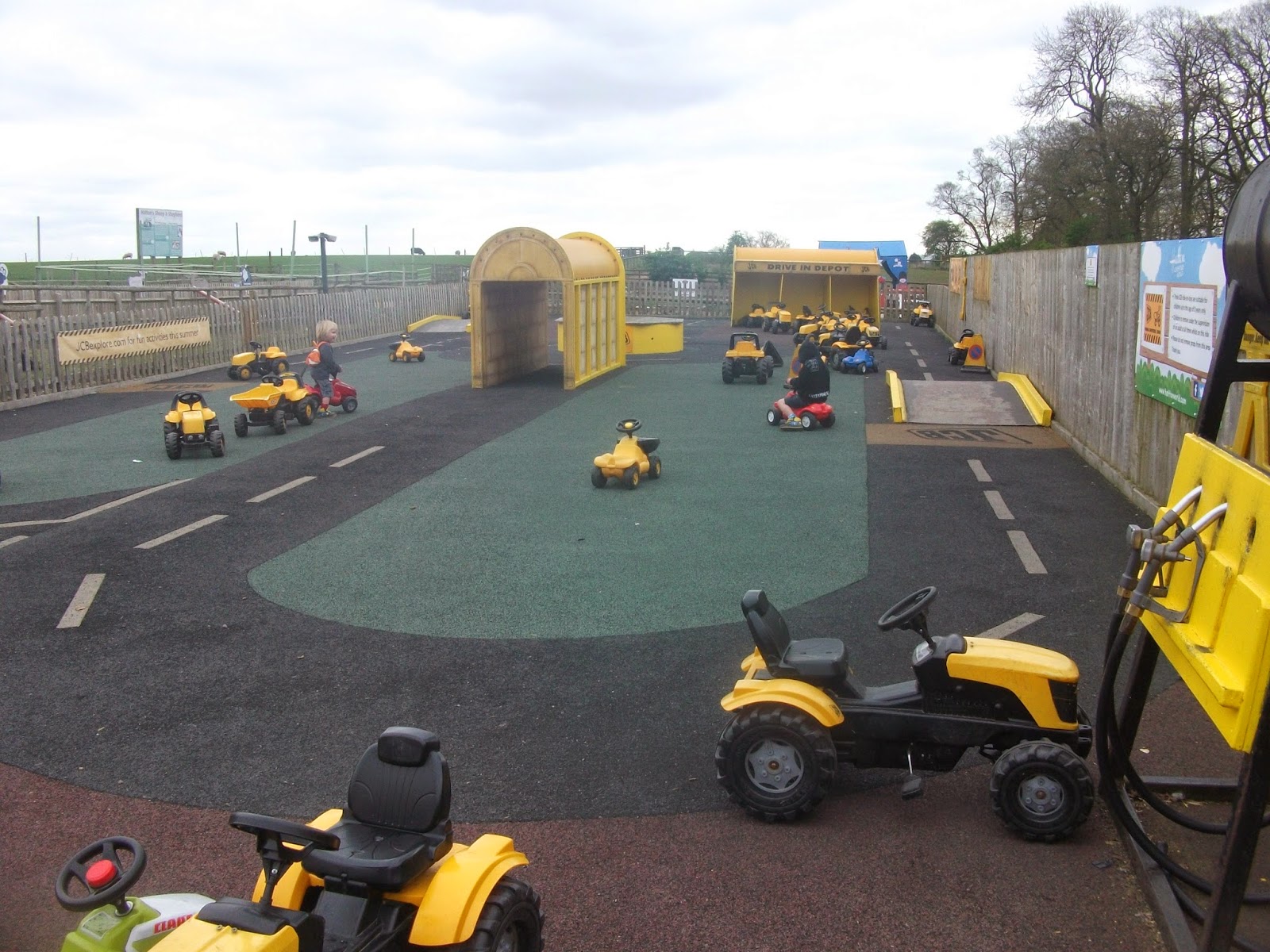 "Daddy I'm filling up just like you do" was my son's response to this. 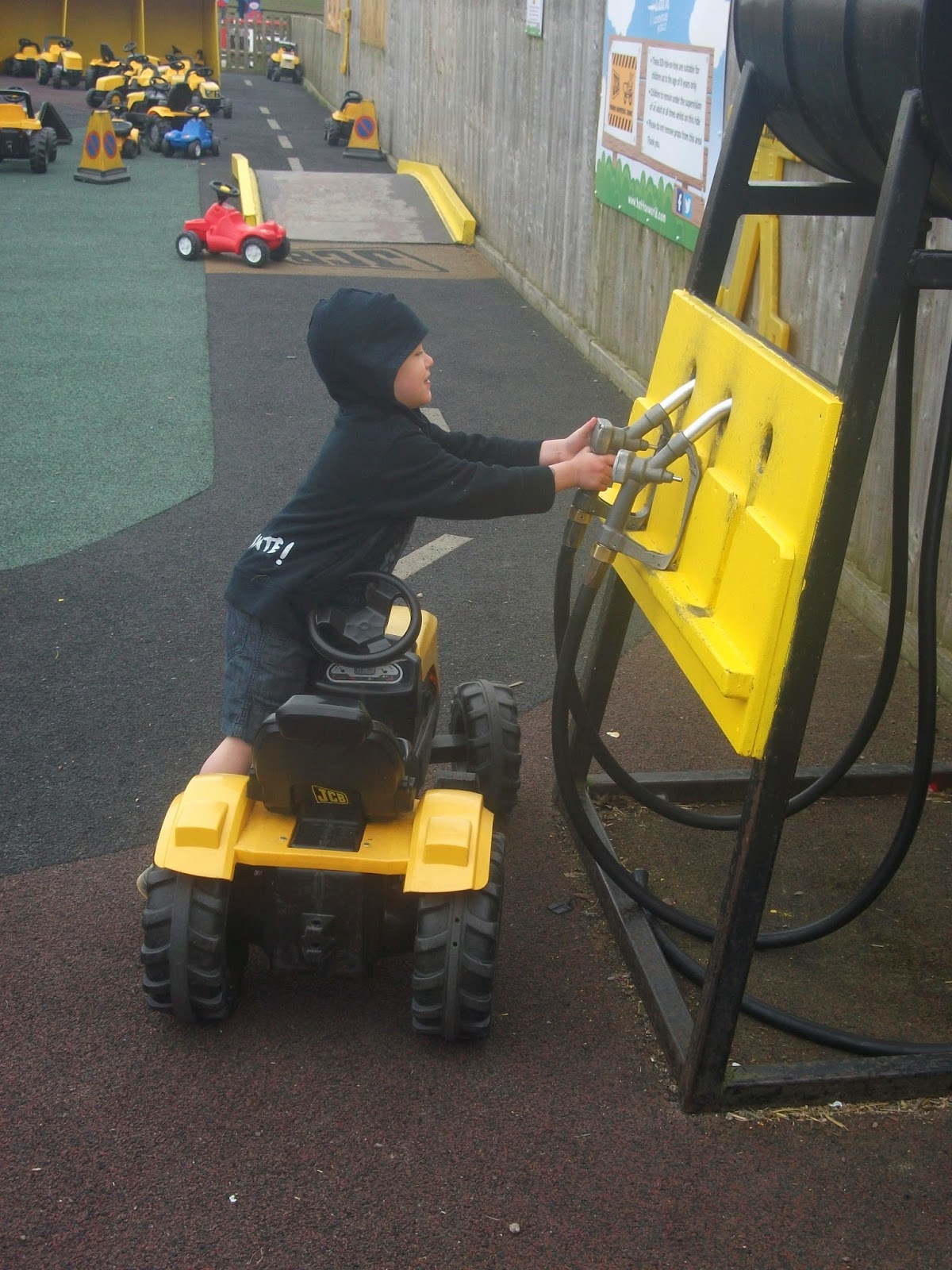 Once they had finished playing here we went to see and hold some snakes. This was quite fun as the children got to see some snakes, ask questions about them and even go it to hold them. 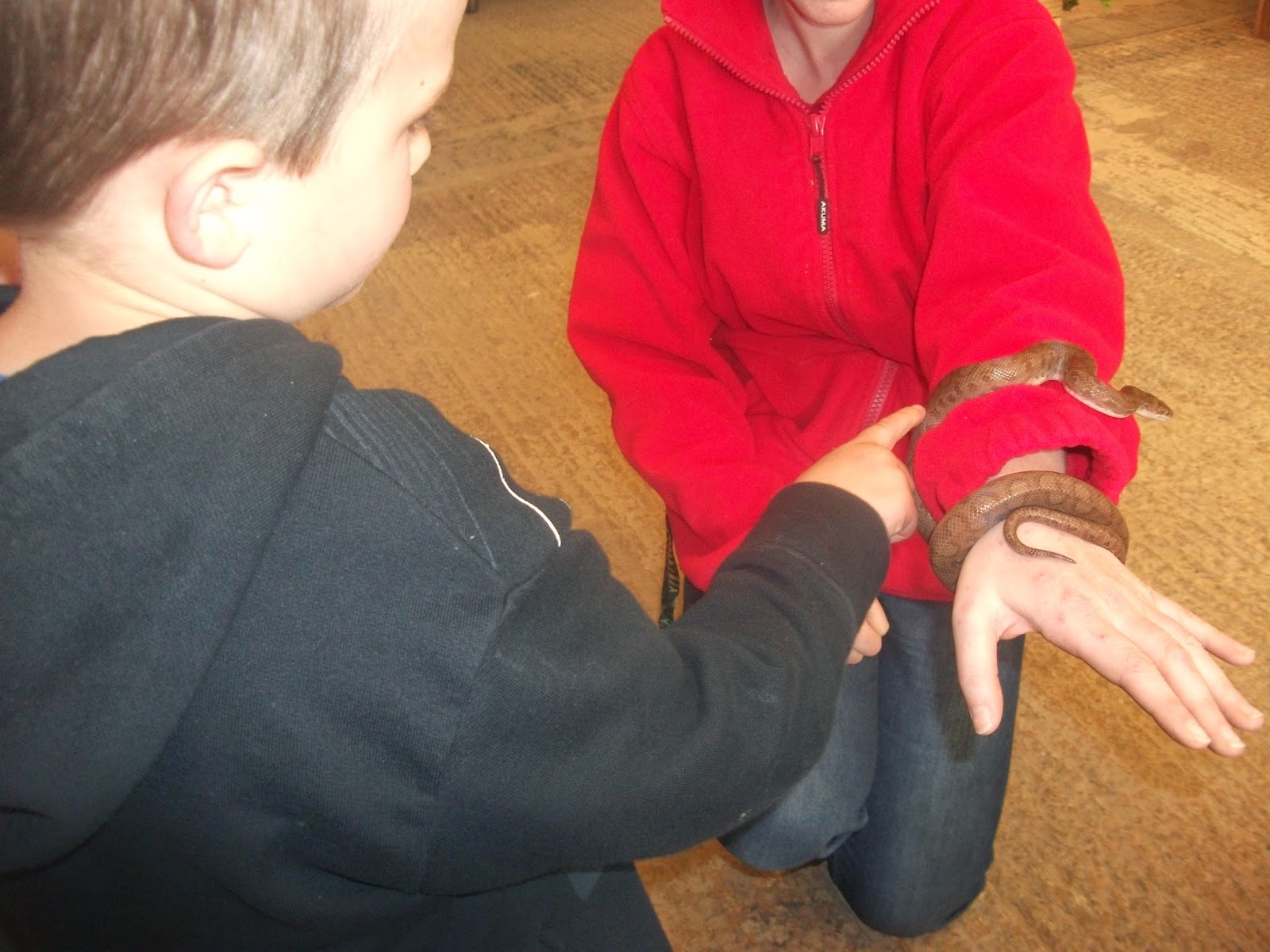 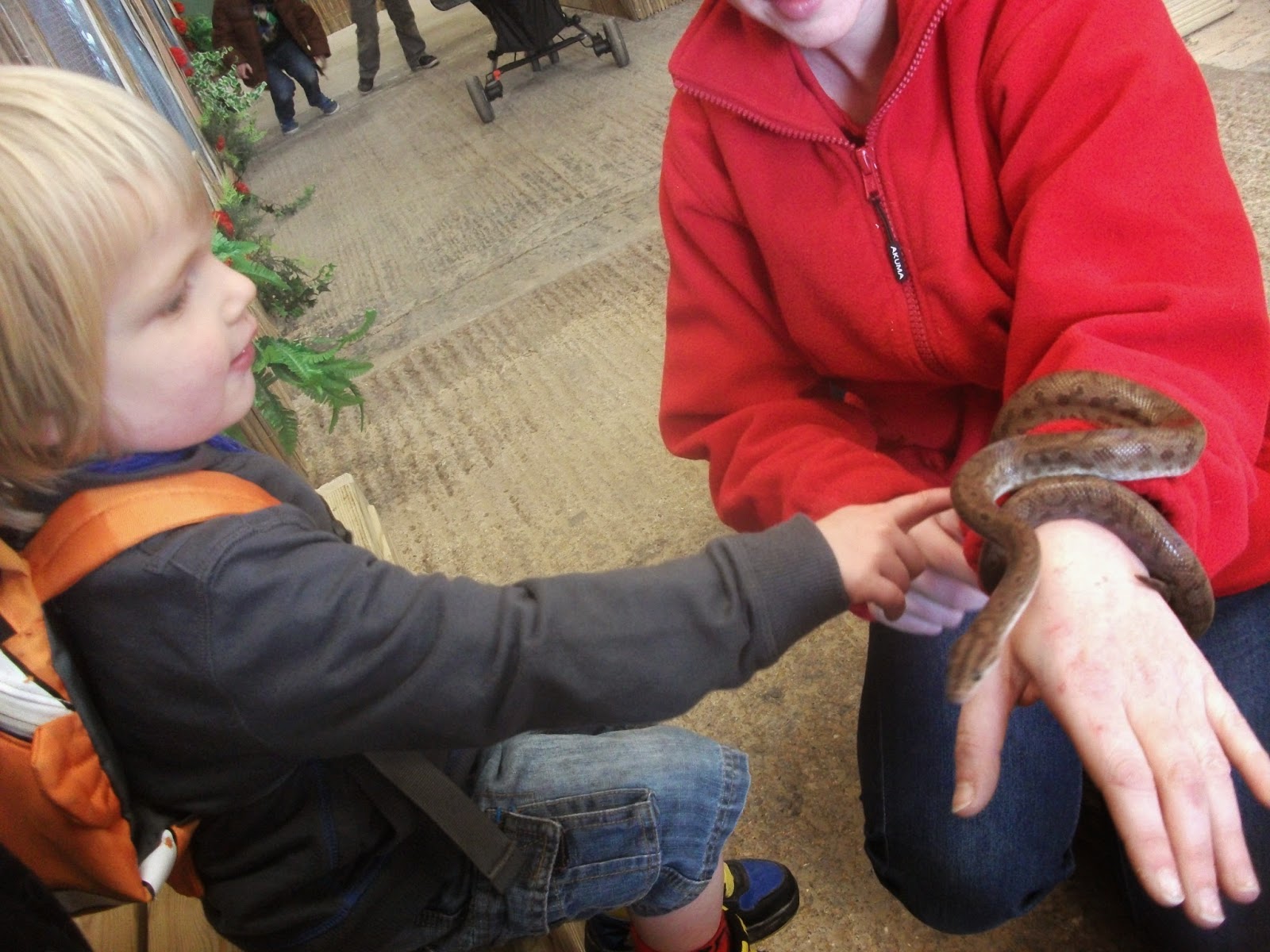 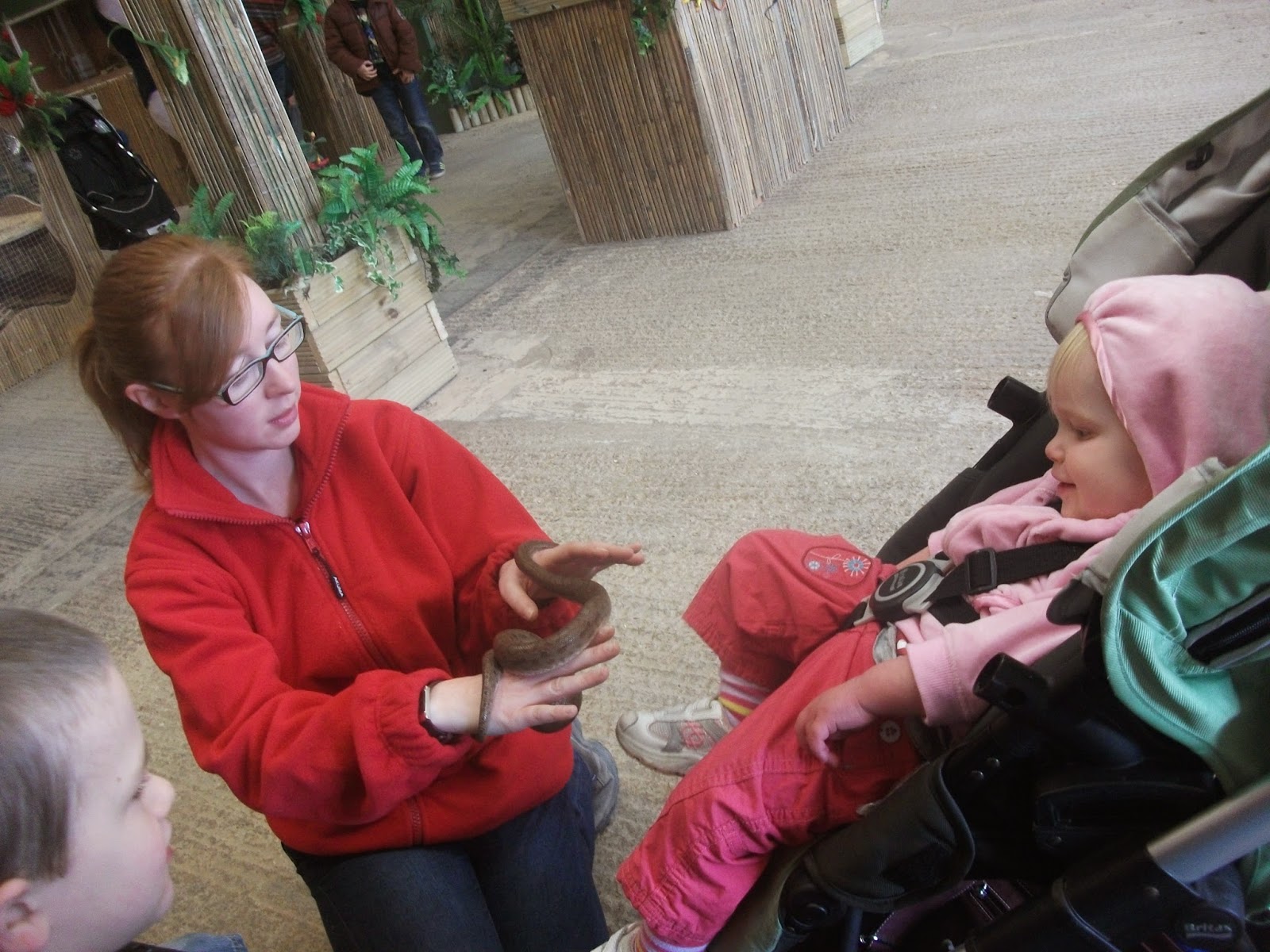 Next we took the children on the adventure obstacle course which they really enjoyed and then mummy took them on the anaconda helter skelter which again they all loved. 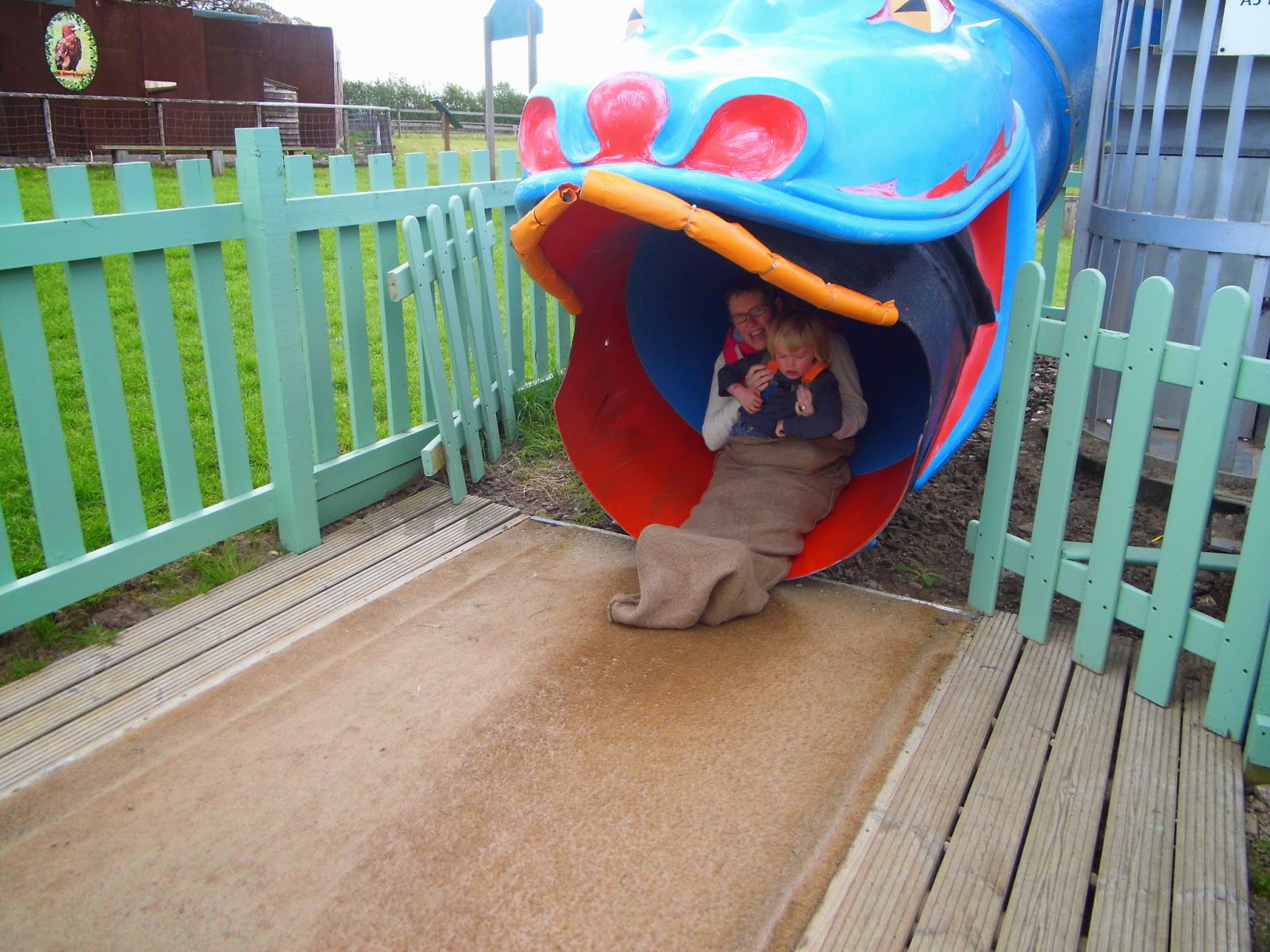 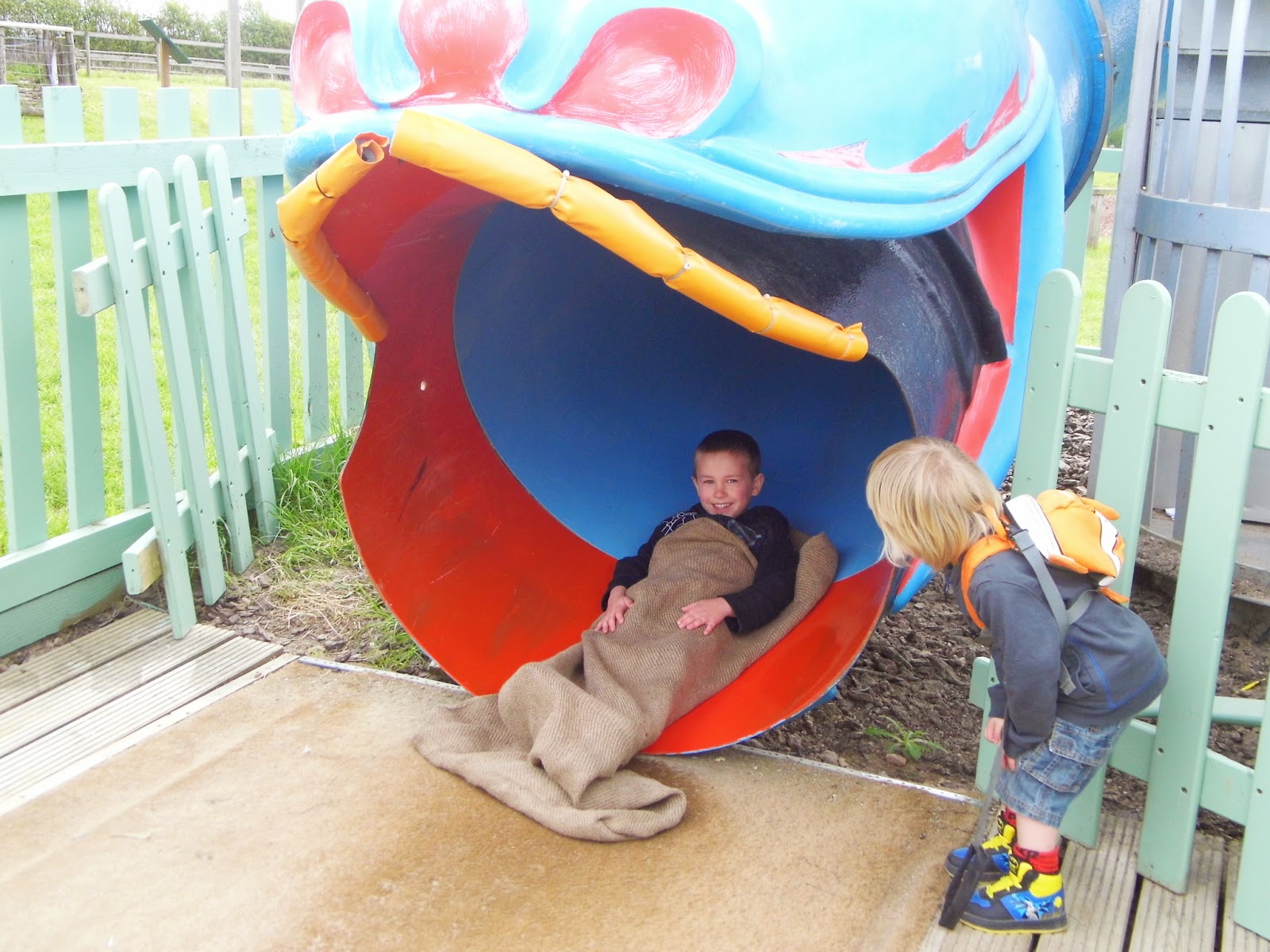 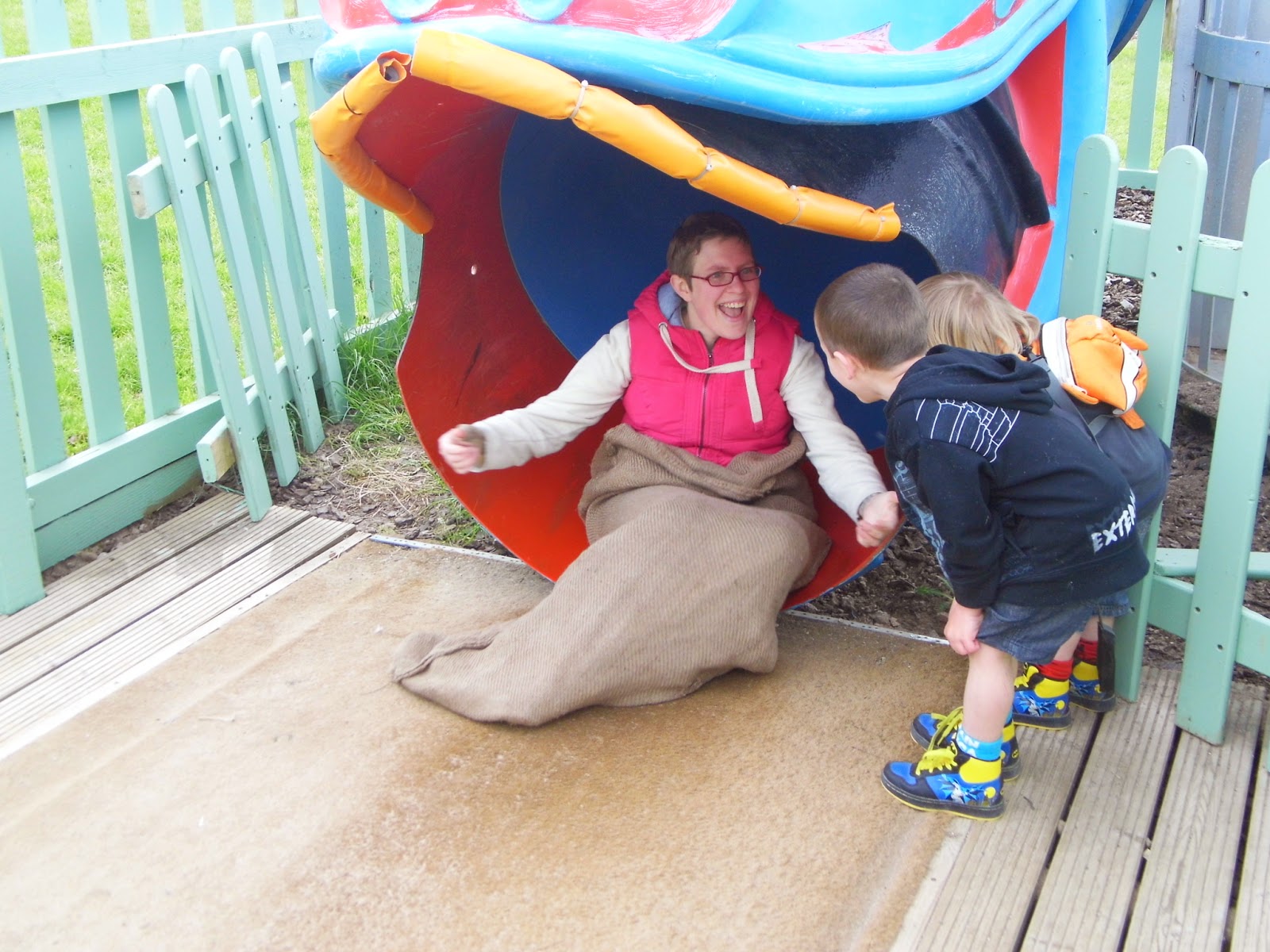 After this we then took the children to the falconry show. This was really enjoyable for all because not only did we learn some interesting facts about barn owls but the boys got to go up and have the barn owl fly onto their arm. 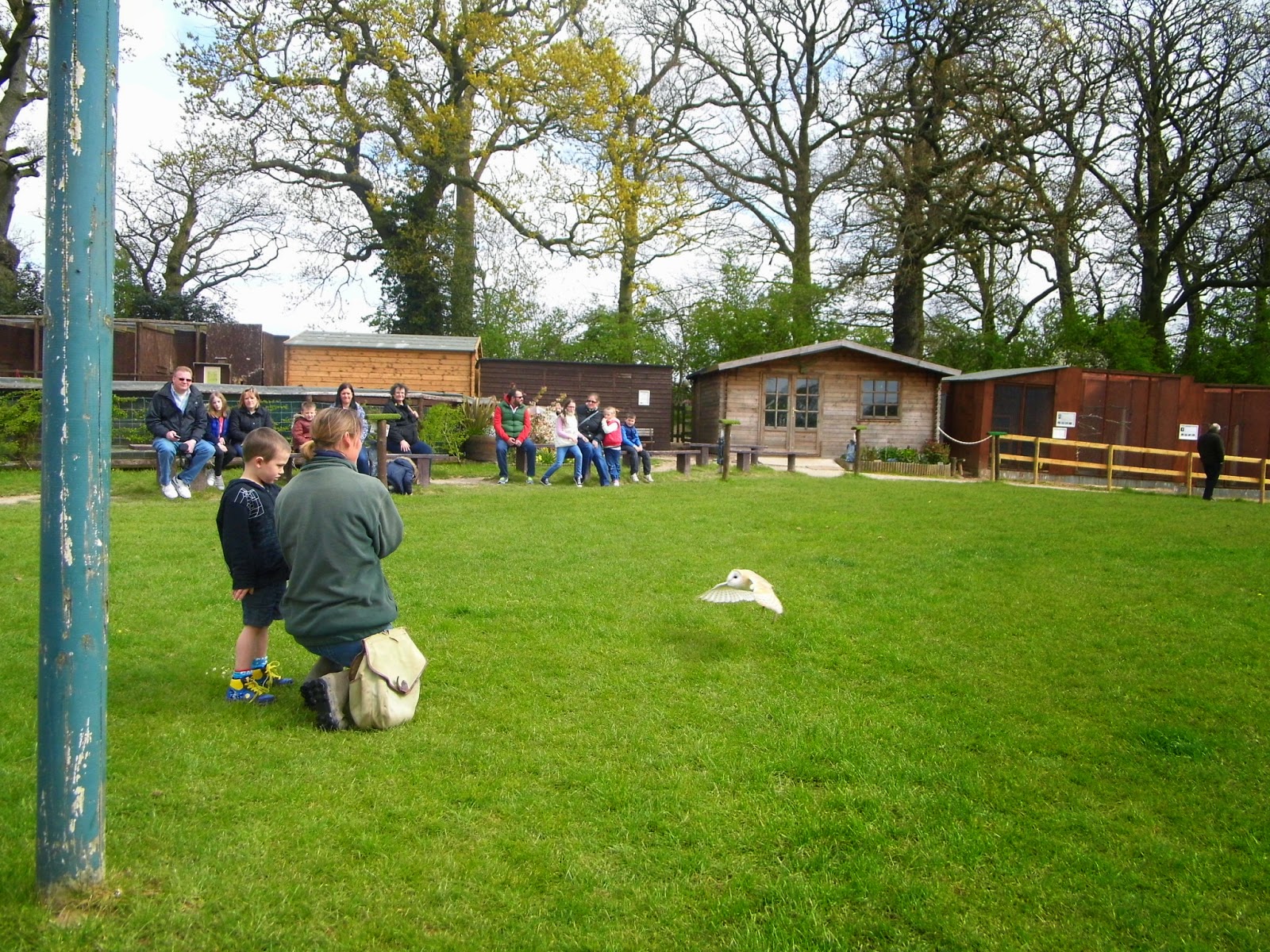 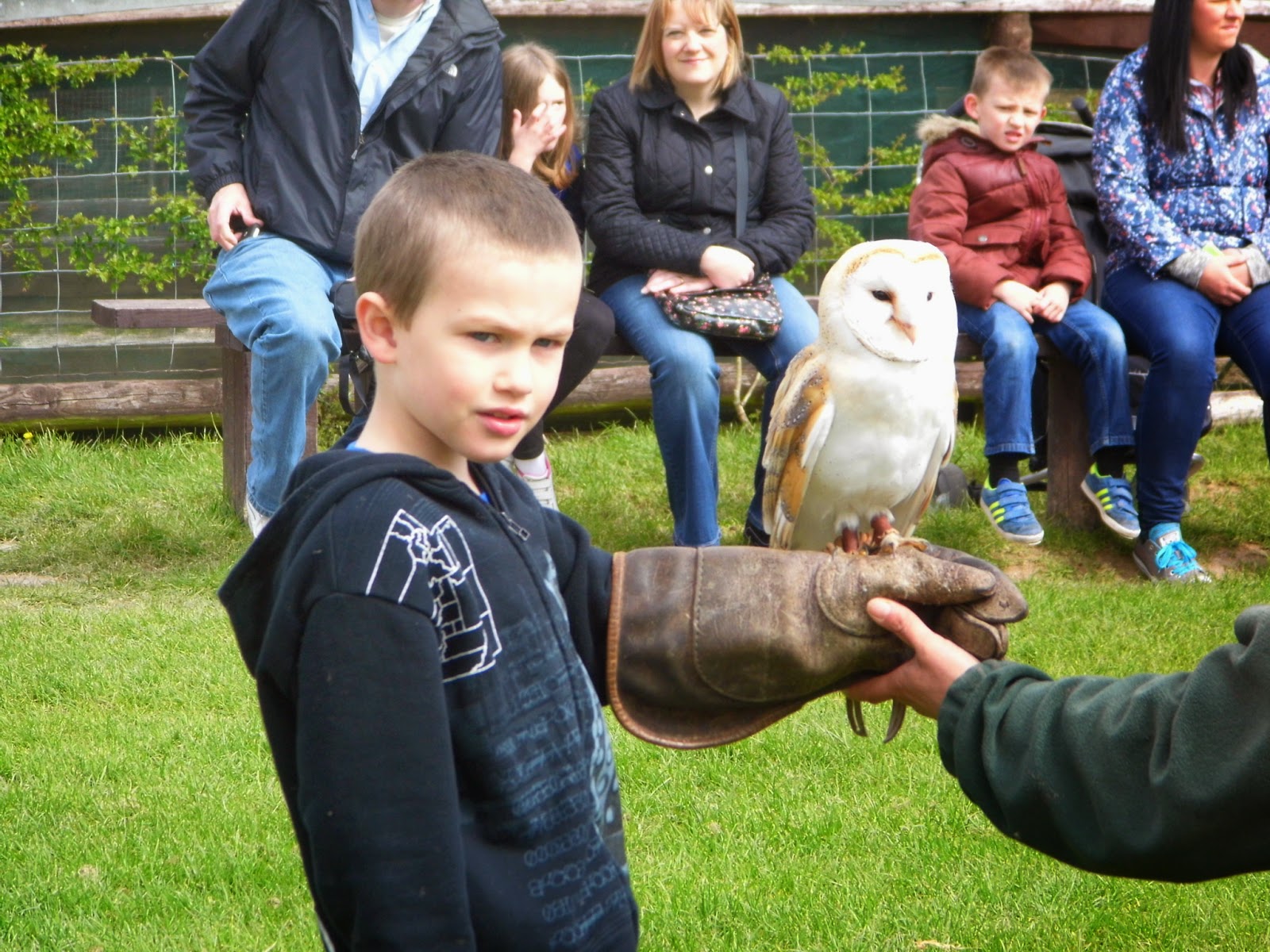 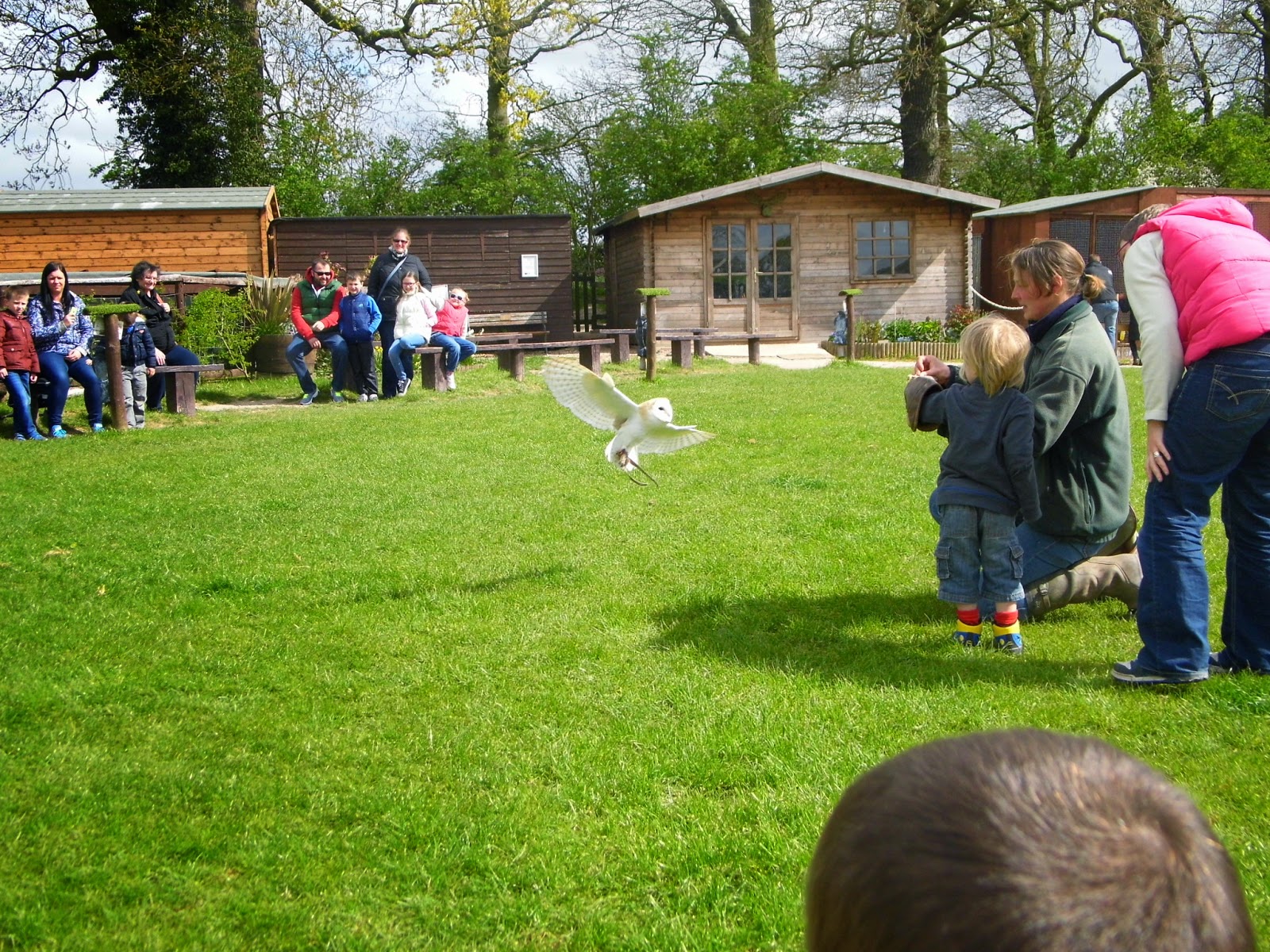 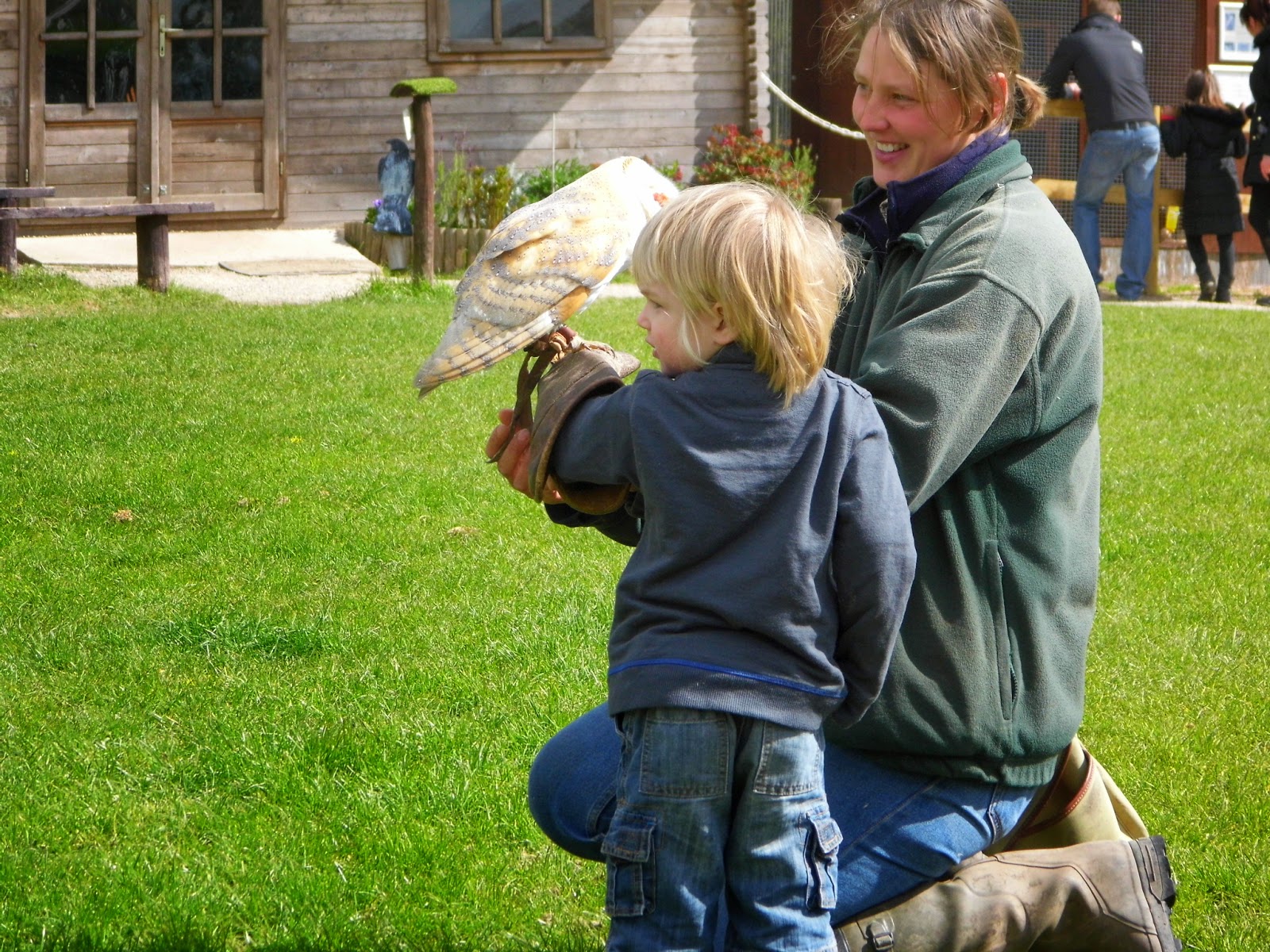 Next we went to guinea pig village so the boys could hold and stroke the guinea pigs once we finished this we went into the next room which was the house of the snakes and lizards. In here was the 'new for 2014' feature Scales and Tails. Just like they had done earlier with the snakes the children this time meet lizards instead and again they really enjoyed this. 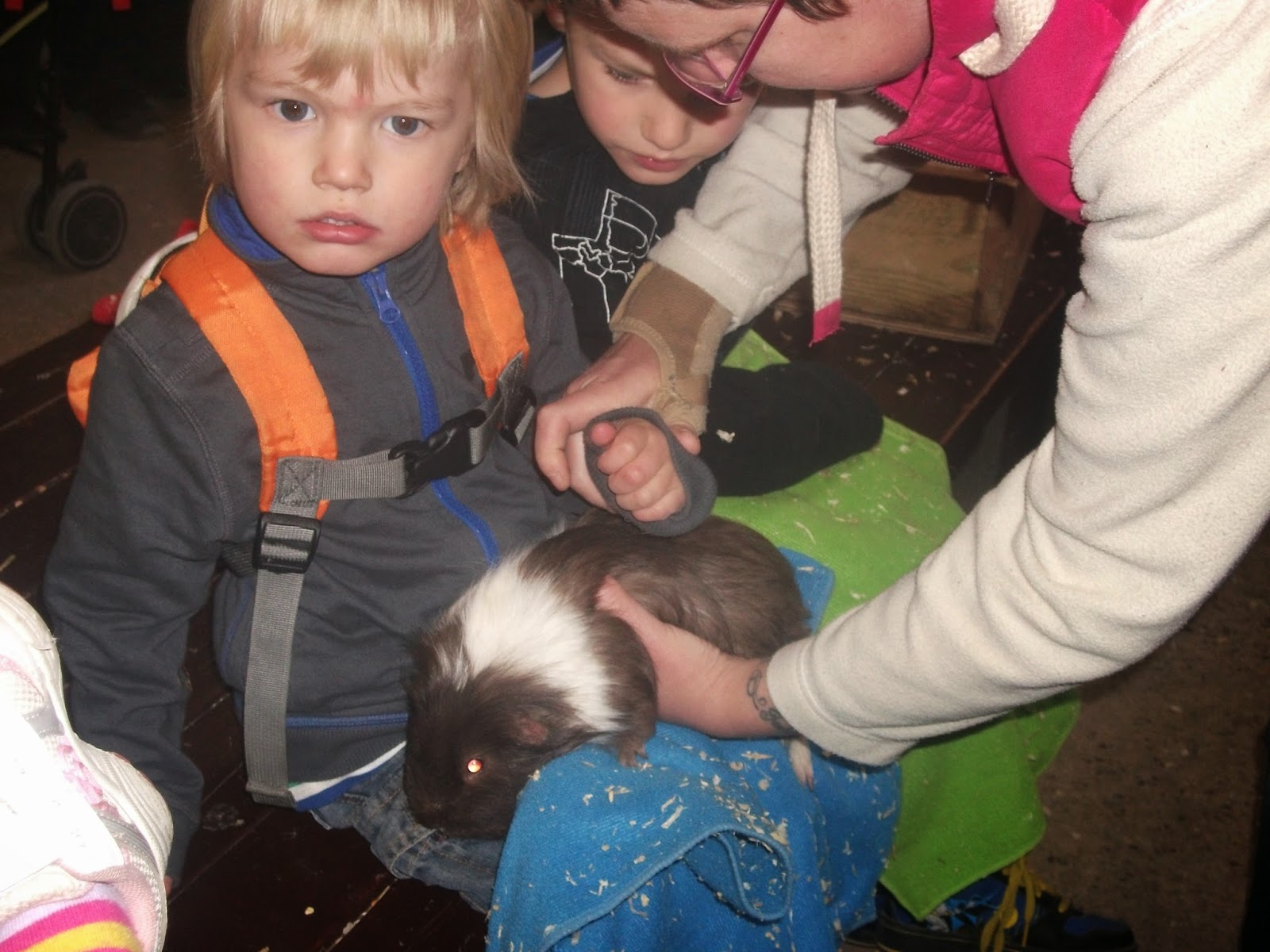 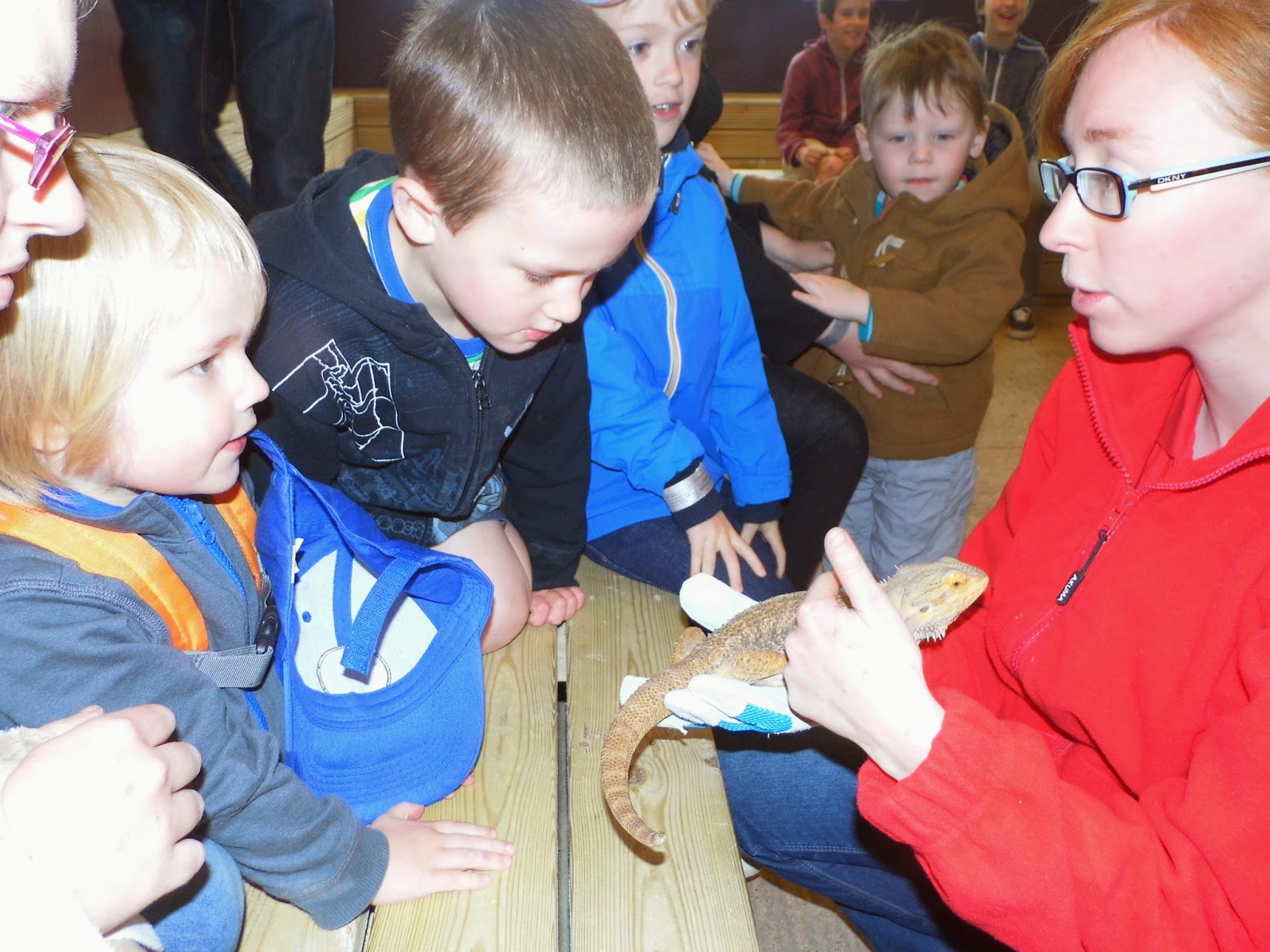 After this and before we went for lunch we took the children on the free fair. The children love going on fairground rides and when they are free so do I lol. A few of the rides mum and dad had to go on too merely to take L-A as she is too young to go on by herself lol. 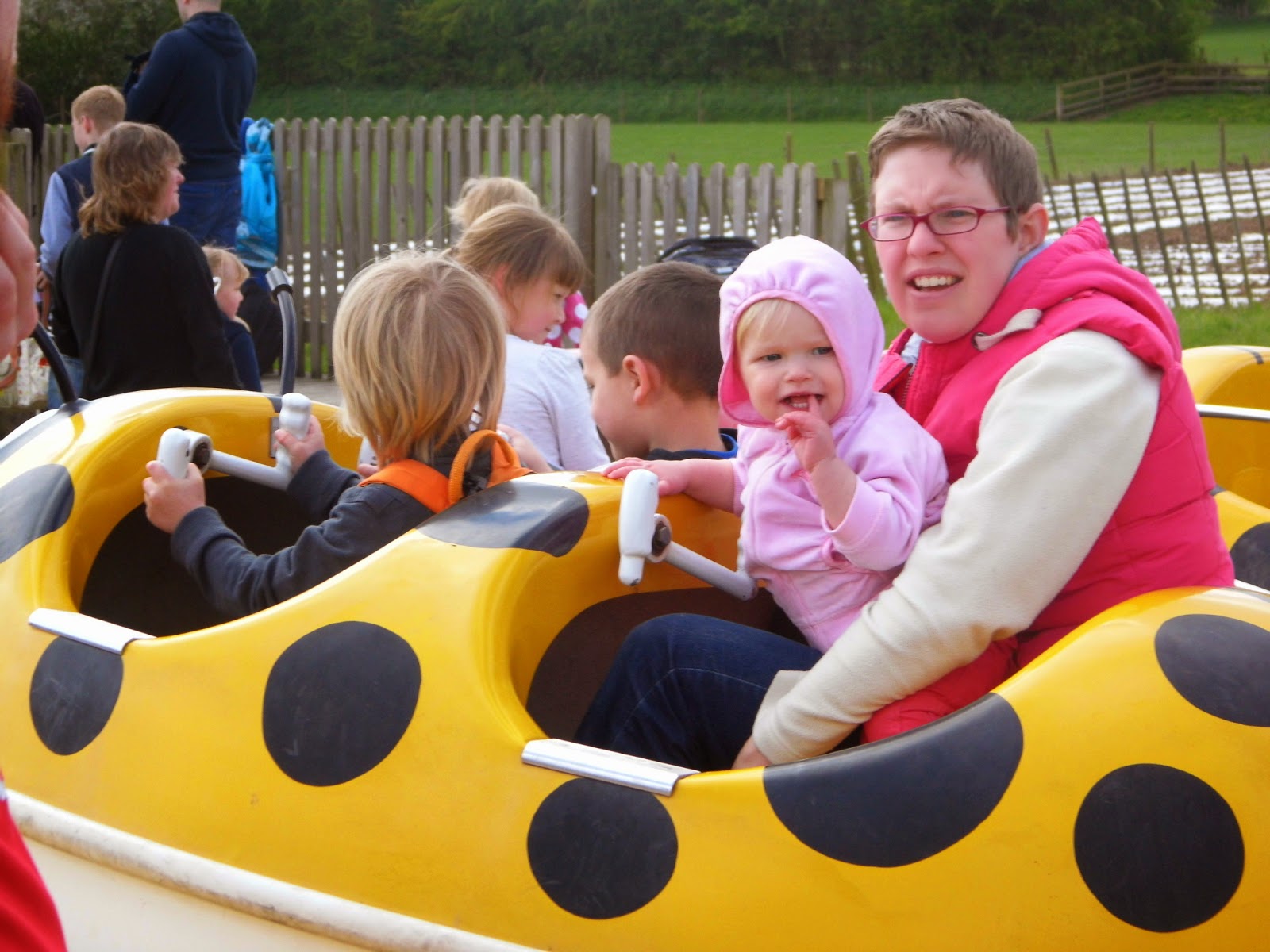 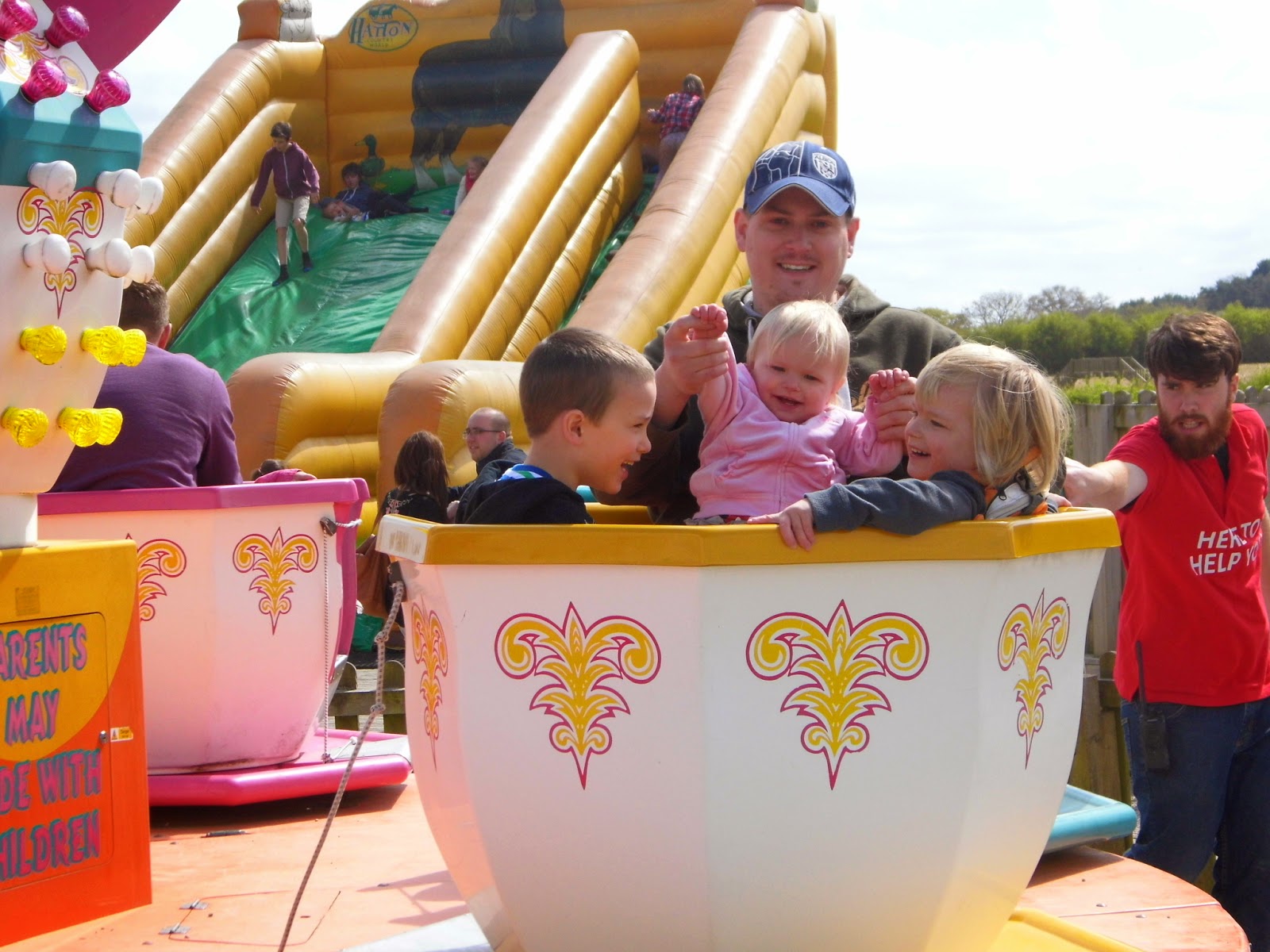 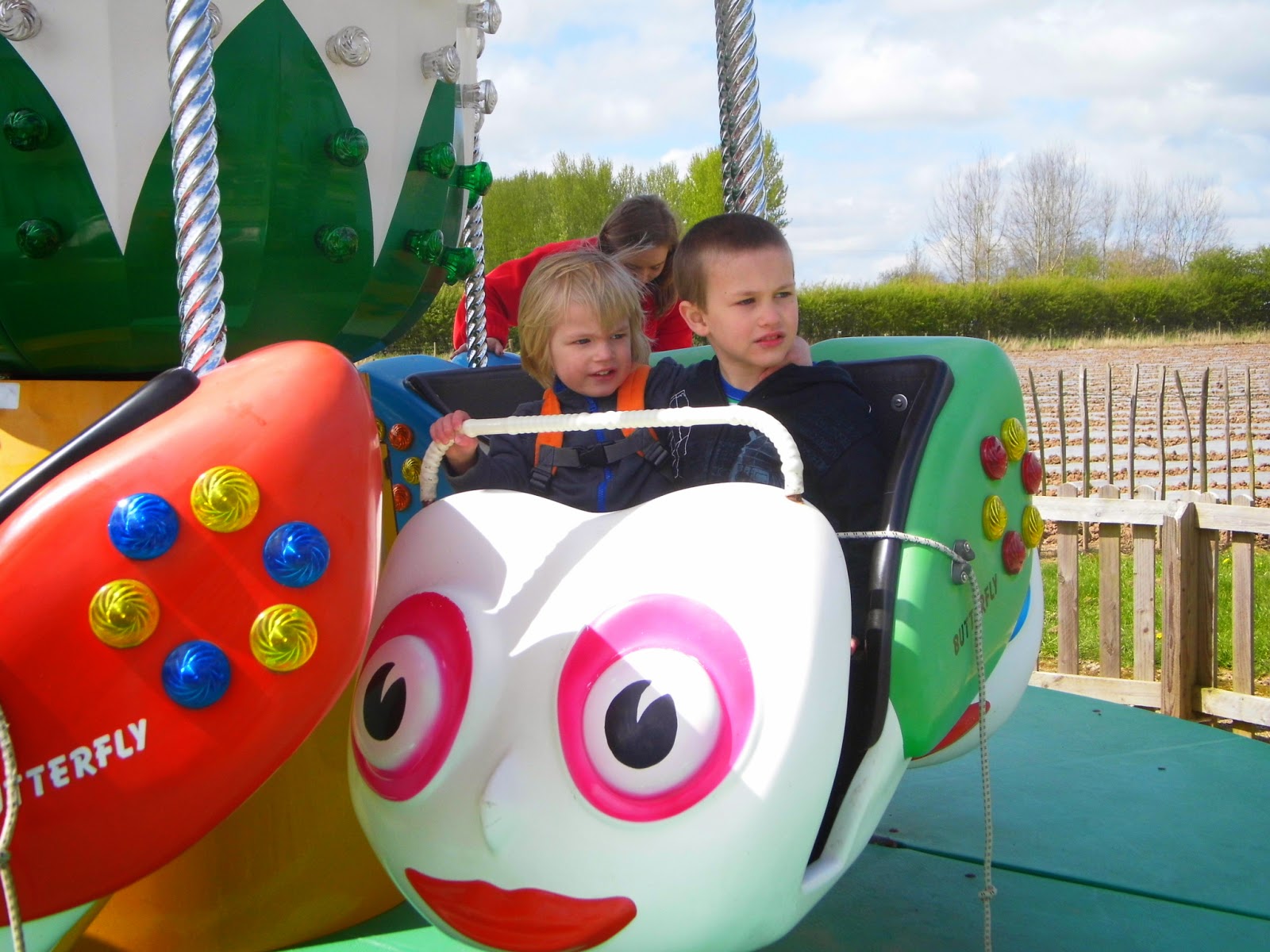 The food is reasonably priced and compares in line to other attractions and places of interest you might visit.
Once lunch was finished and we were all feed, the children went on the amazing indoor soft play area. This play area had loads to do, rope bridges to walk along, ramps to climb, tunnels to crawl through and even Super Slide Mania, three different slide drops one which you slide down in a sack. Unfortunately my boys didn't want to go on these as they were a bit scared of it and just wanted to play on the soft play part.

After lunch we went to pan for gold at the Great American Gold Rush Gold mining site. Here the boys and mummy pretended to pan for gold and they collected gold nuggets which they exchanged for a gold medal. The boys were proud of their medals. 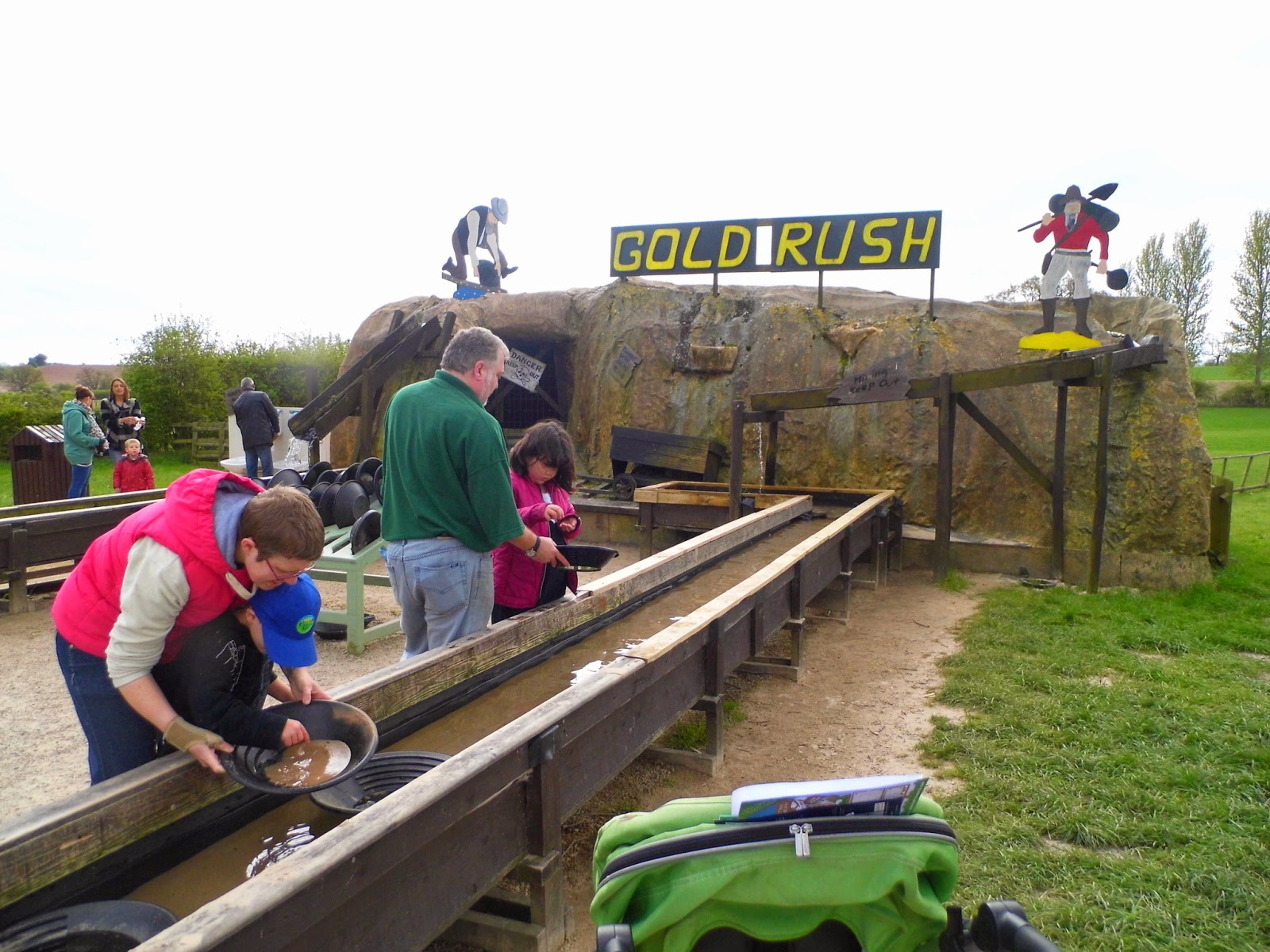 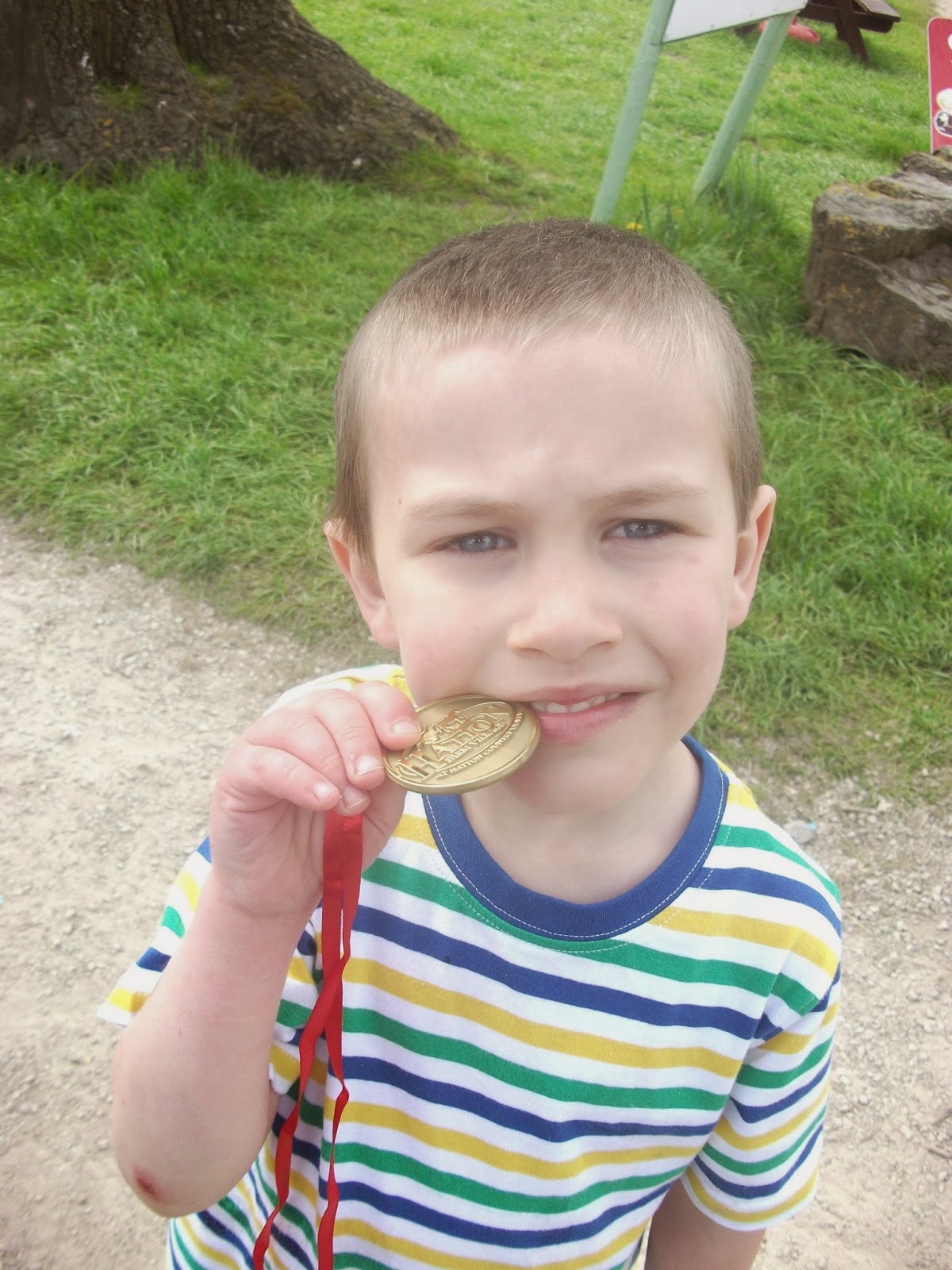 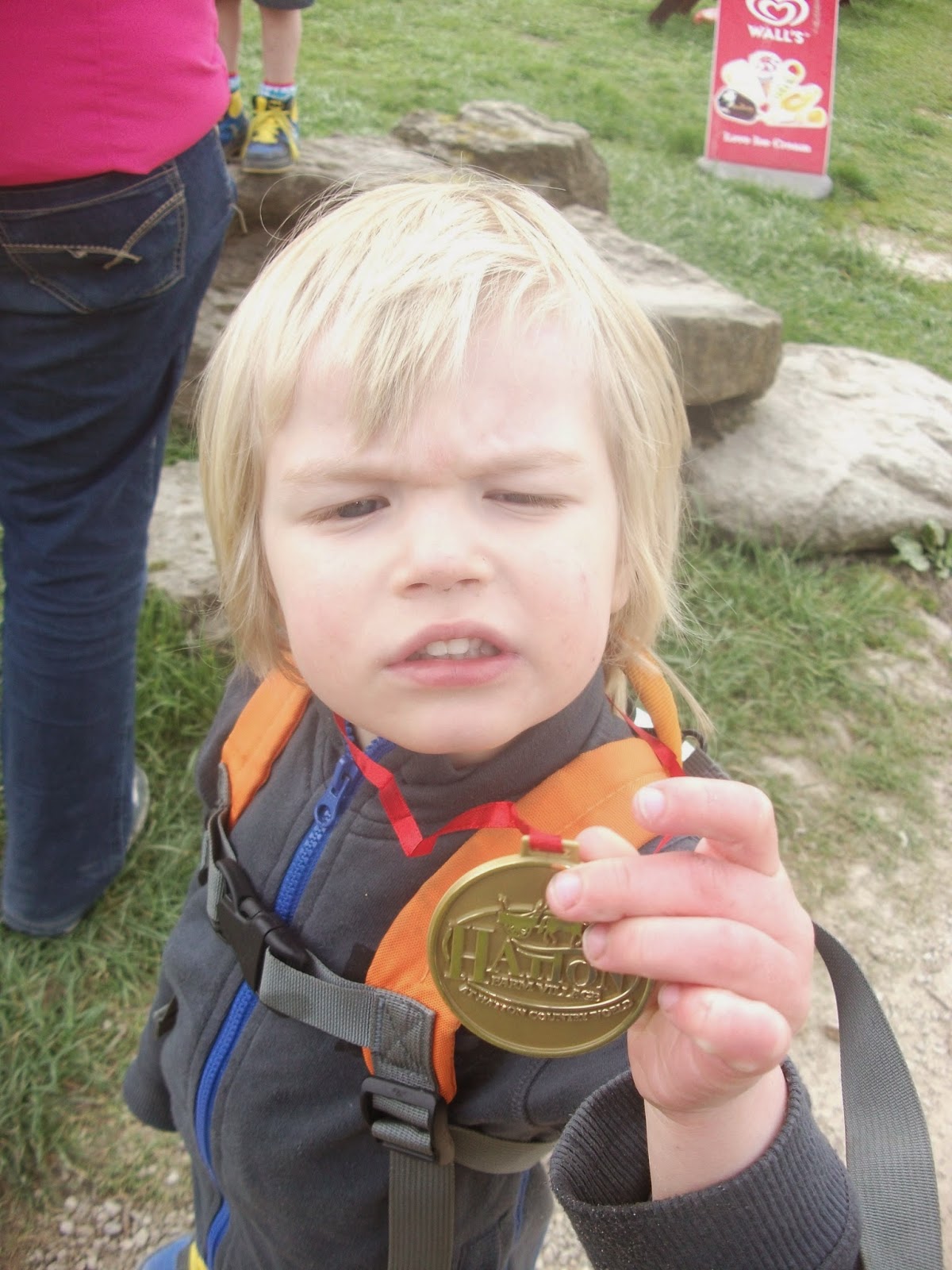 Our next adventure found us at Frisbee golf, as the title of the activity says its a fun game of golf but using frisbees instead of clubs and balls. The boys found this really fun, they didn't play by any rules but their own and run straight up to the hole cut out of each holes different character and just threw the frisbee through it which was fun to watch. 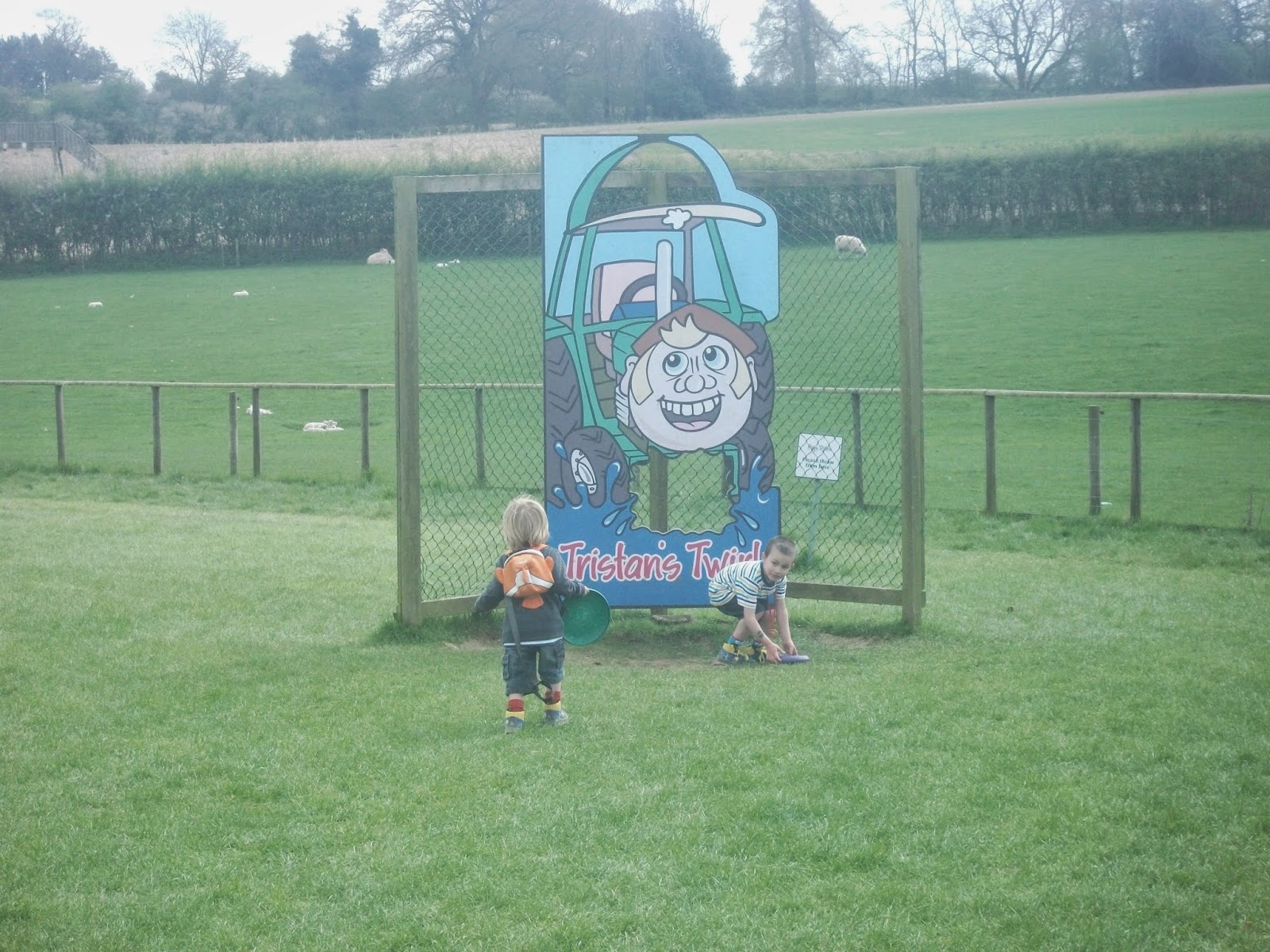 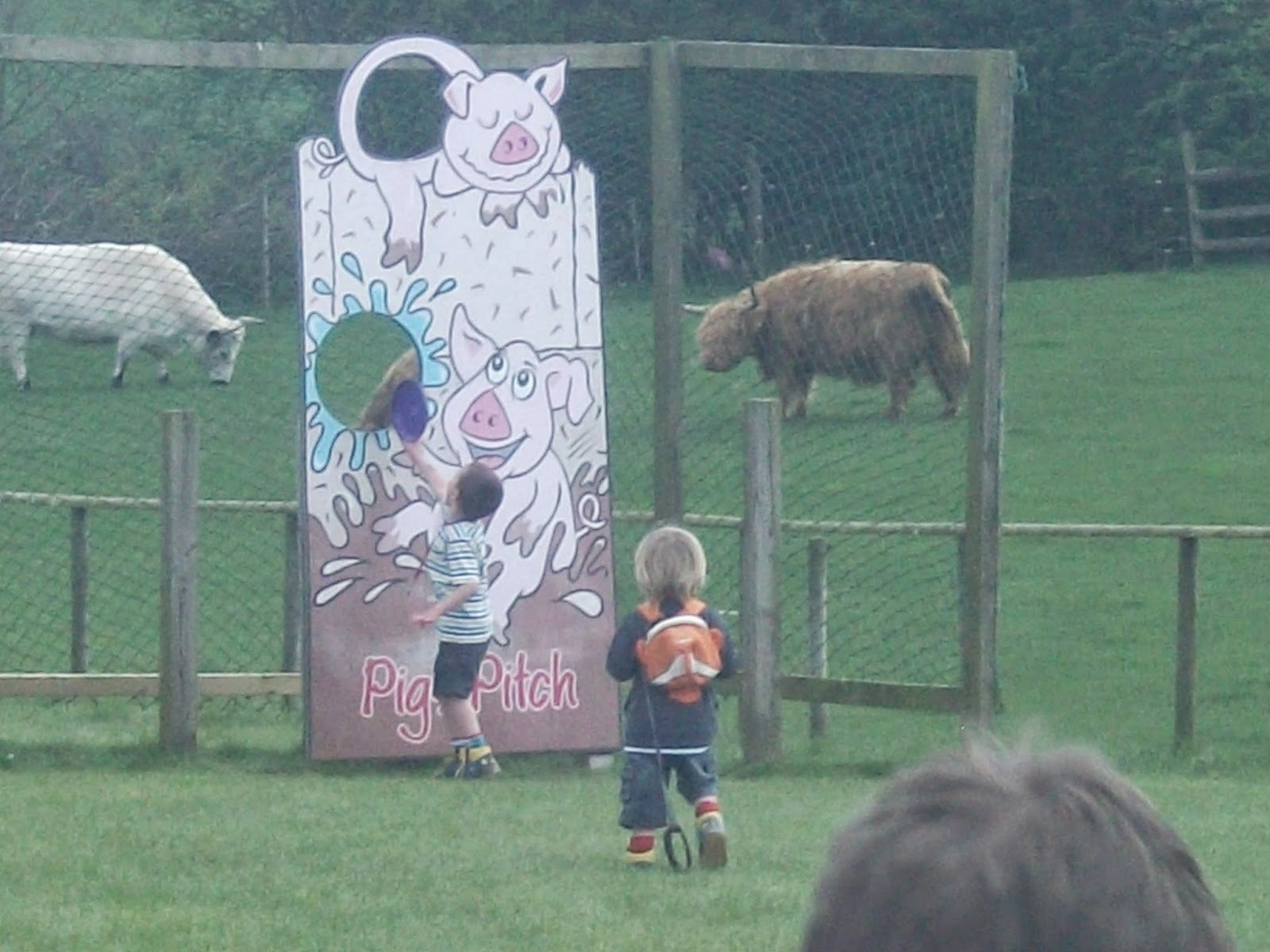 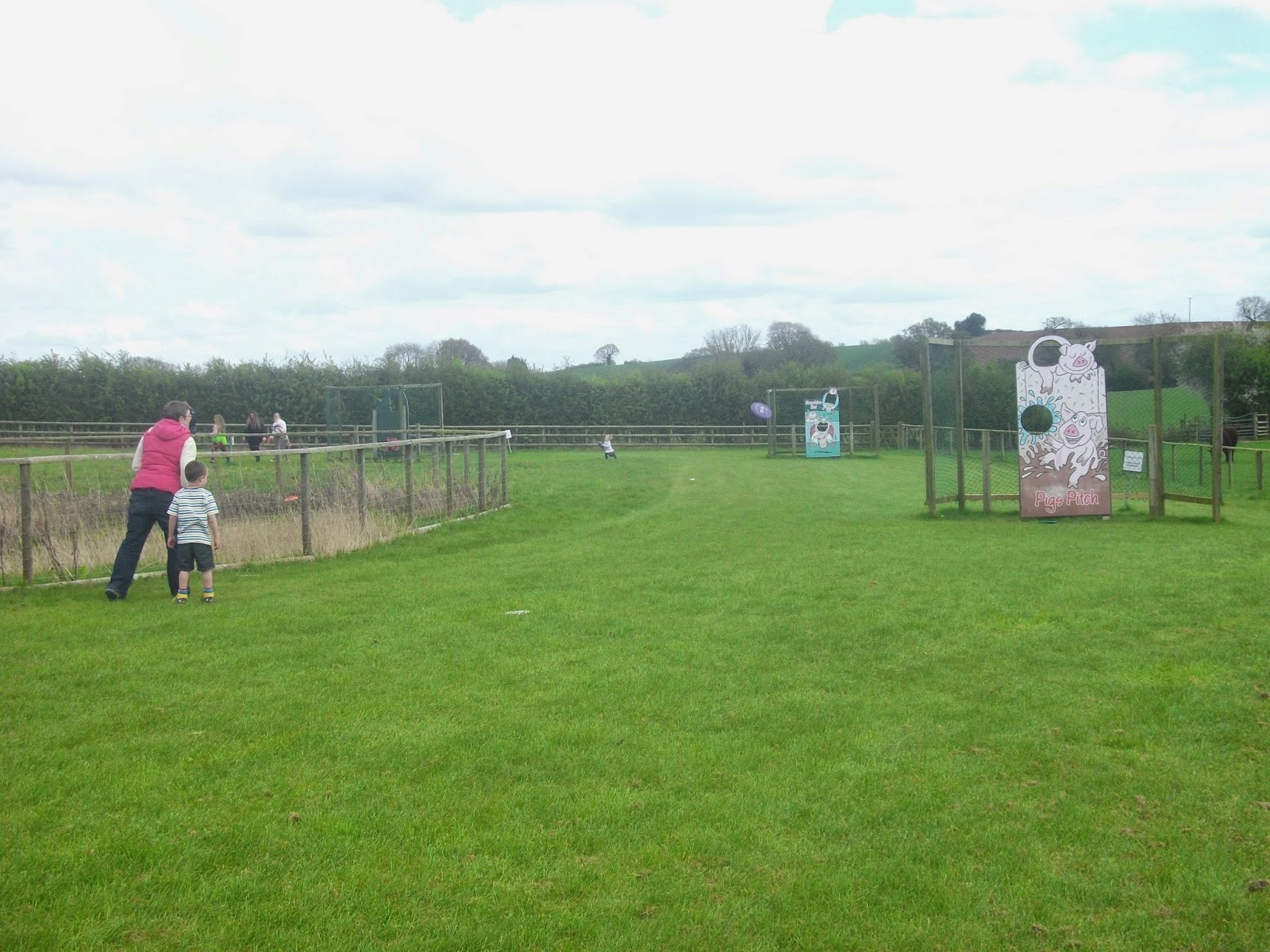 We next made our way to the sheep grand national, this was a really good bit of family fun. We all chose a sheep to back and waited patiently for the race to begin. The children peered through the rails eagerly awaiting the race to begin. The race begin and all of a sudden we had six different coloured sheep hurtling towards us heading for the finish line, between five of us we didn't pick a single winner strangely just like the real grand national lol. 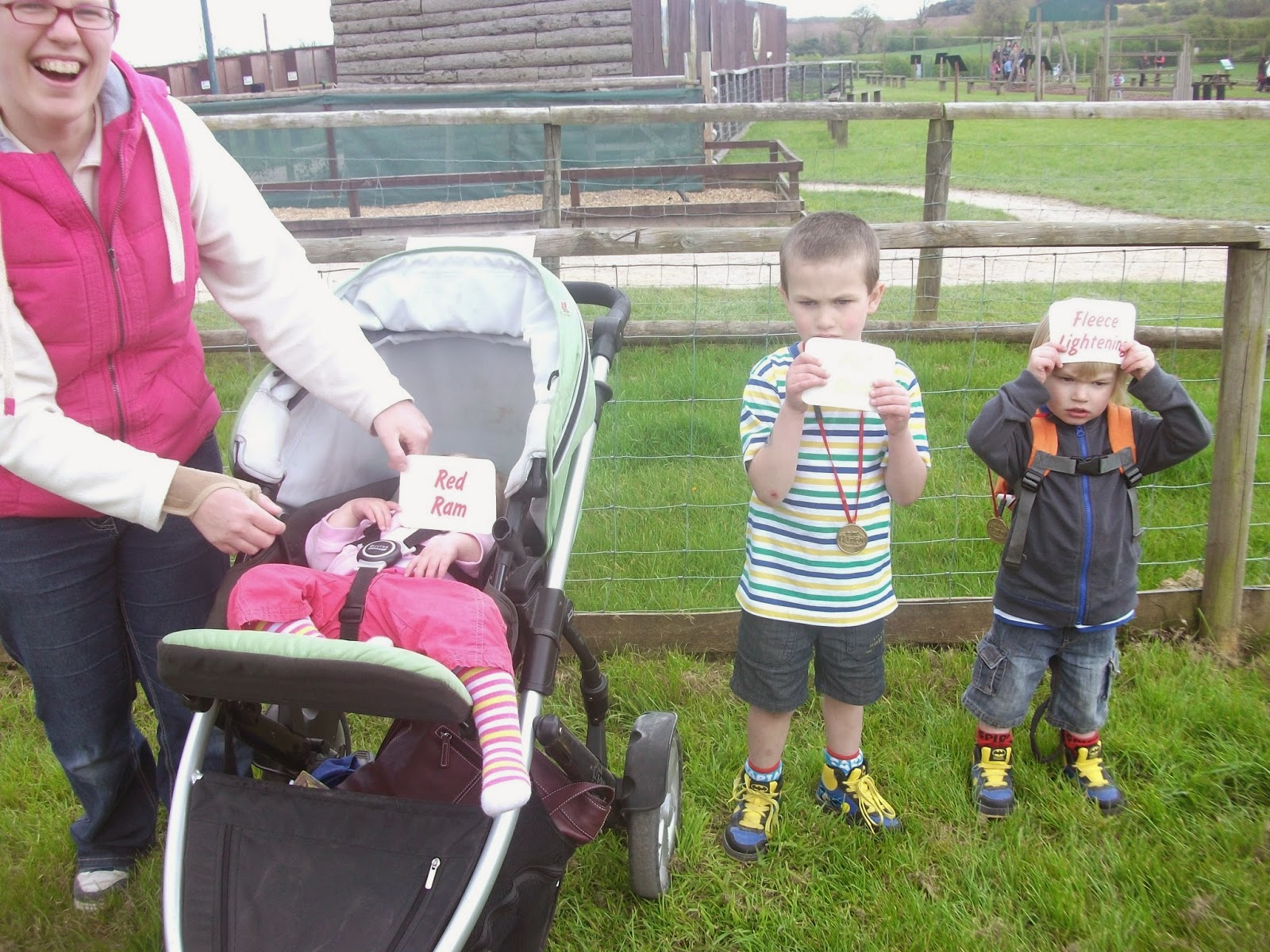 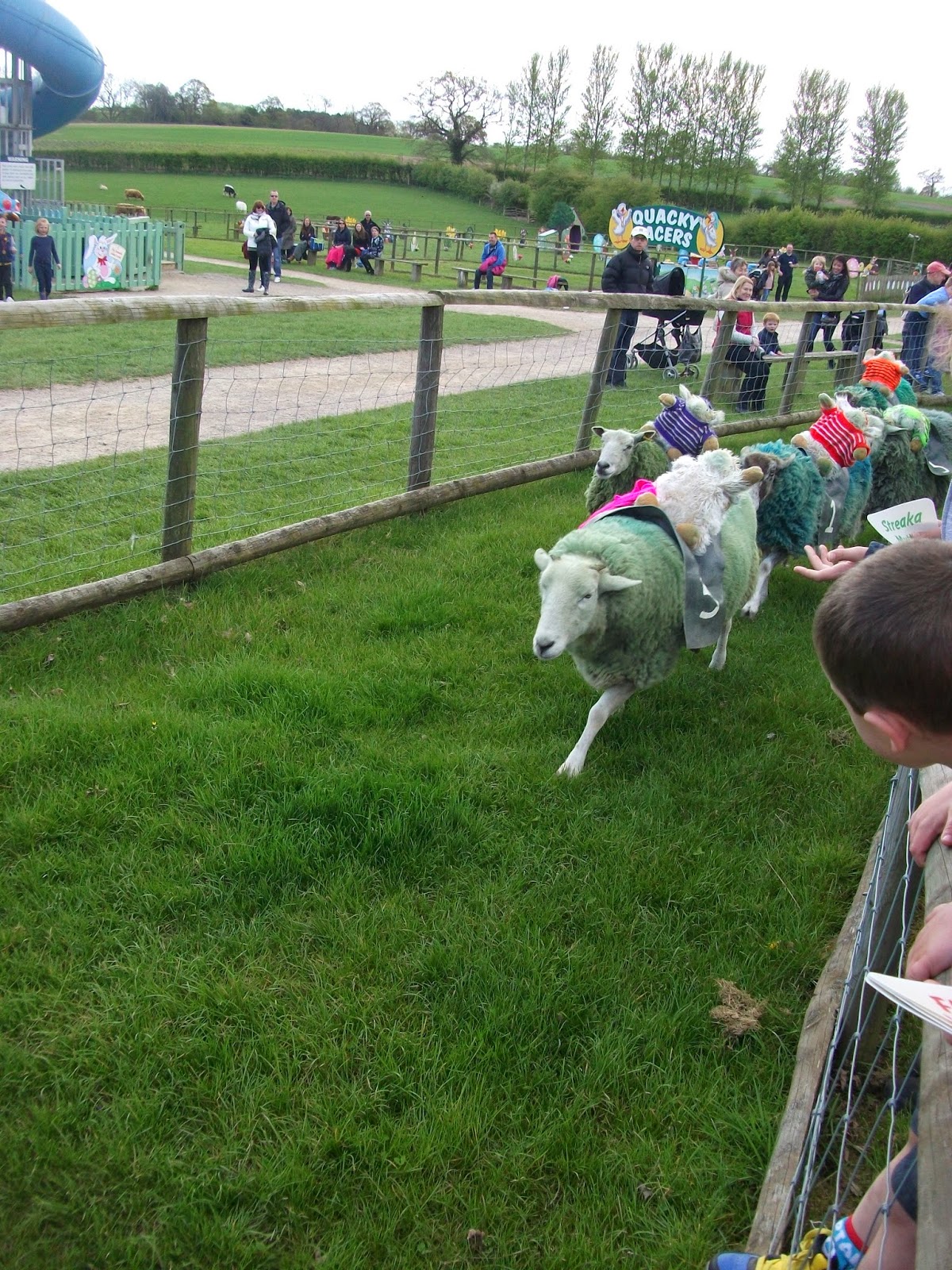 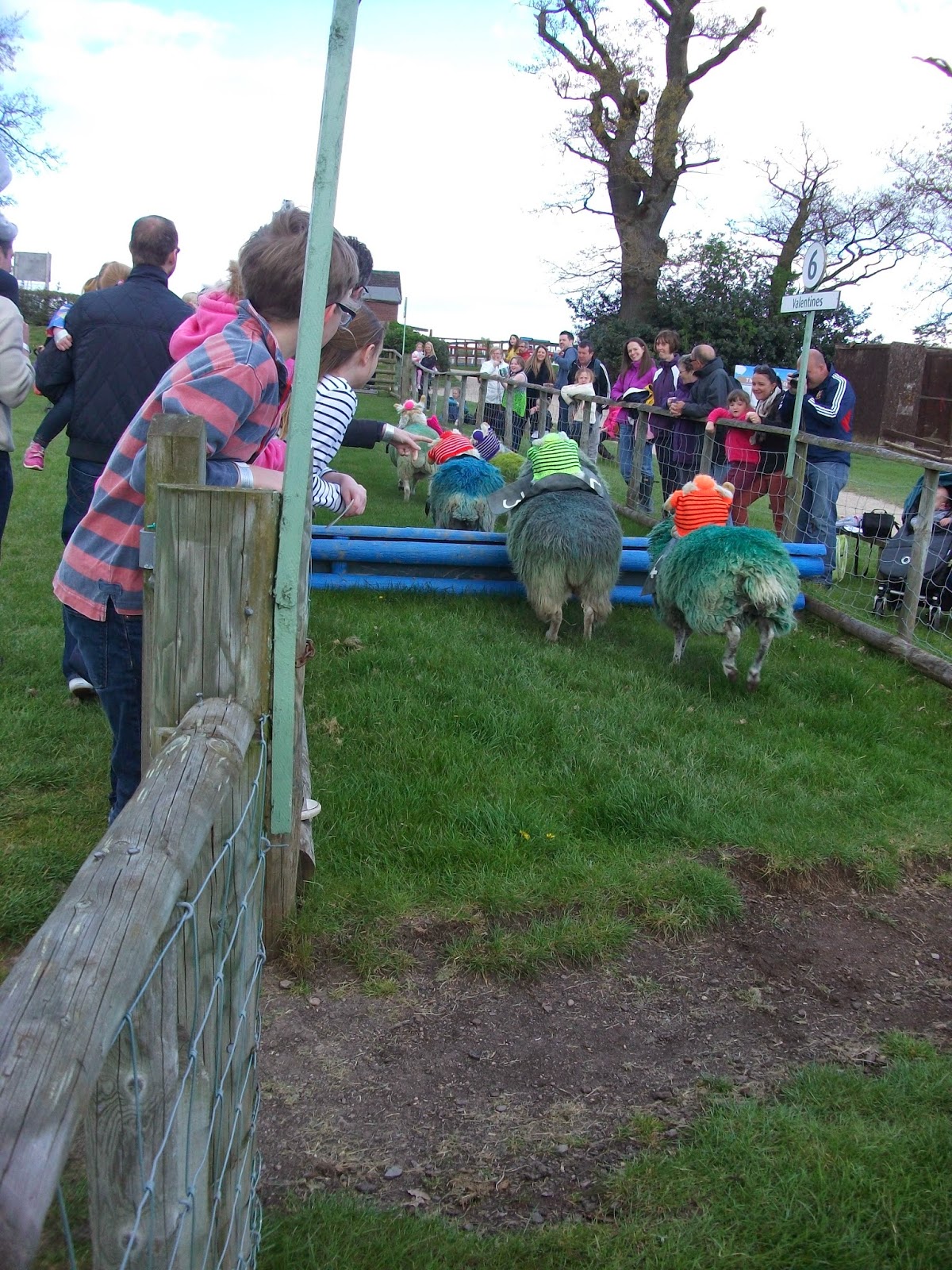 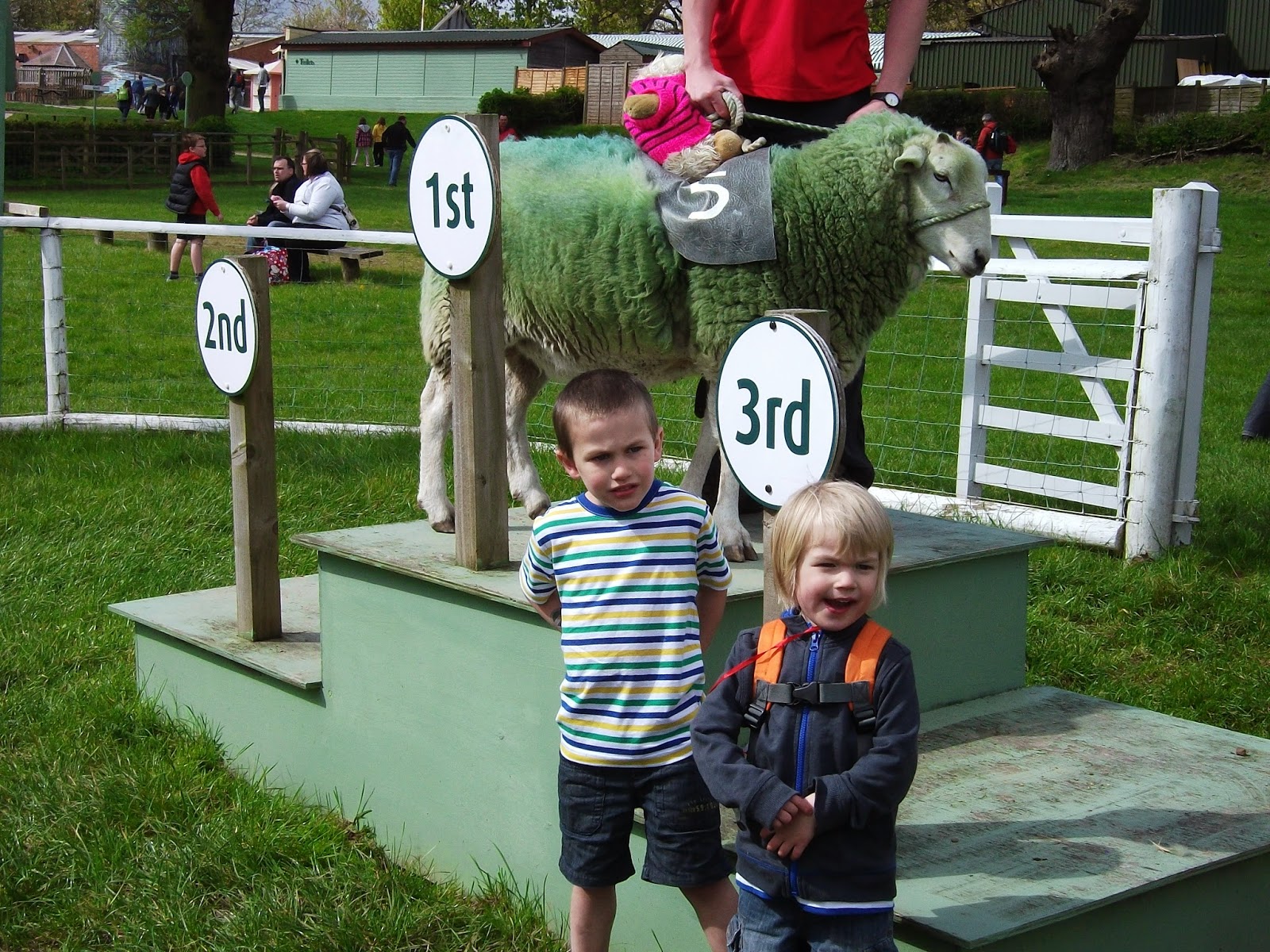 Our last event, the one the boys had been patiently waiting for all day, was the Easter egg hunt. This was a started at the volleyball court where the children meet the Easter bunny who lead them to the field where the hunt took place. The field in question had hidden in it  somewhere 50 wooden eggs colored orange, blue, red, yellow and green. The boys had to find all five coloured eggs and in return they would get six mini chocolate eggs. 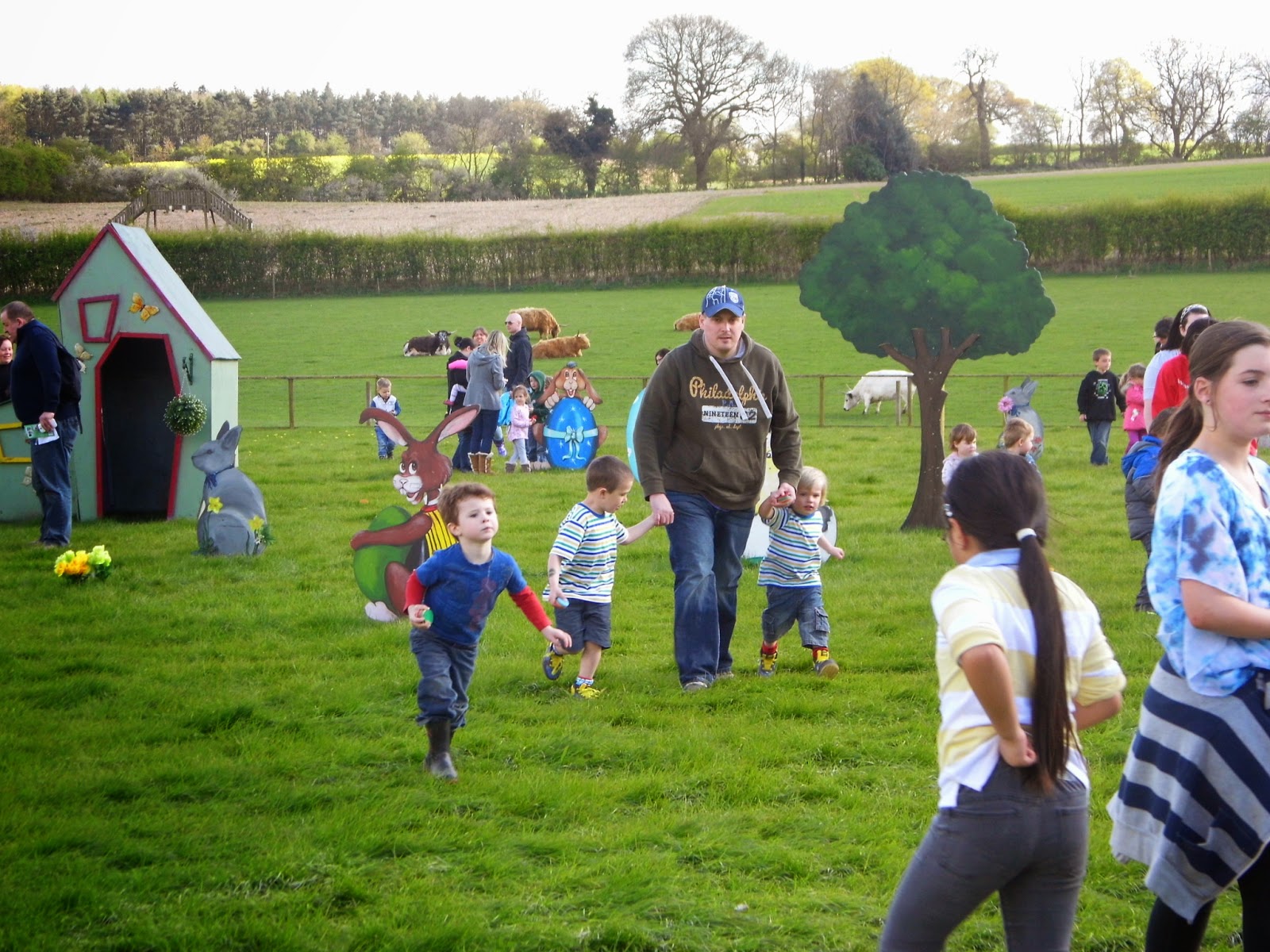 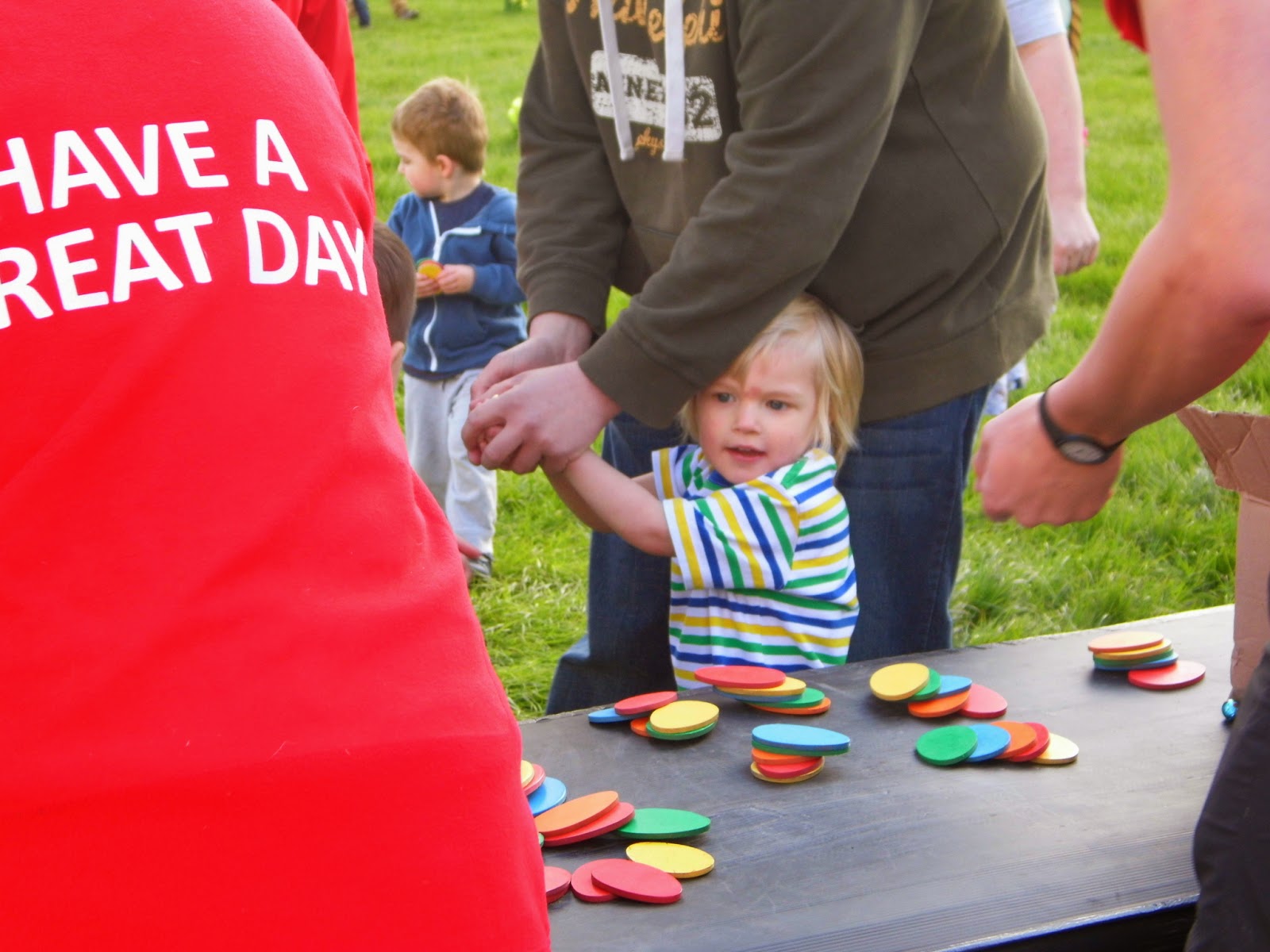 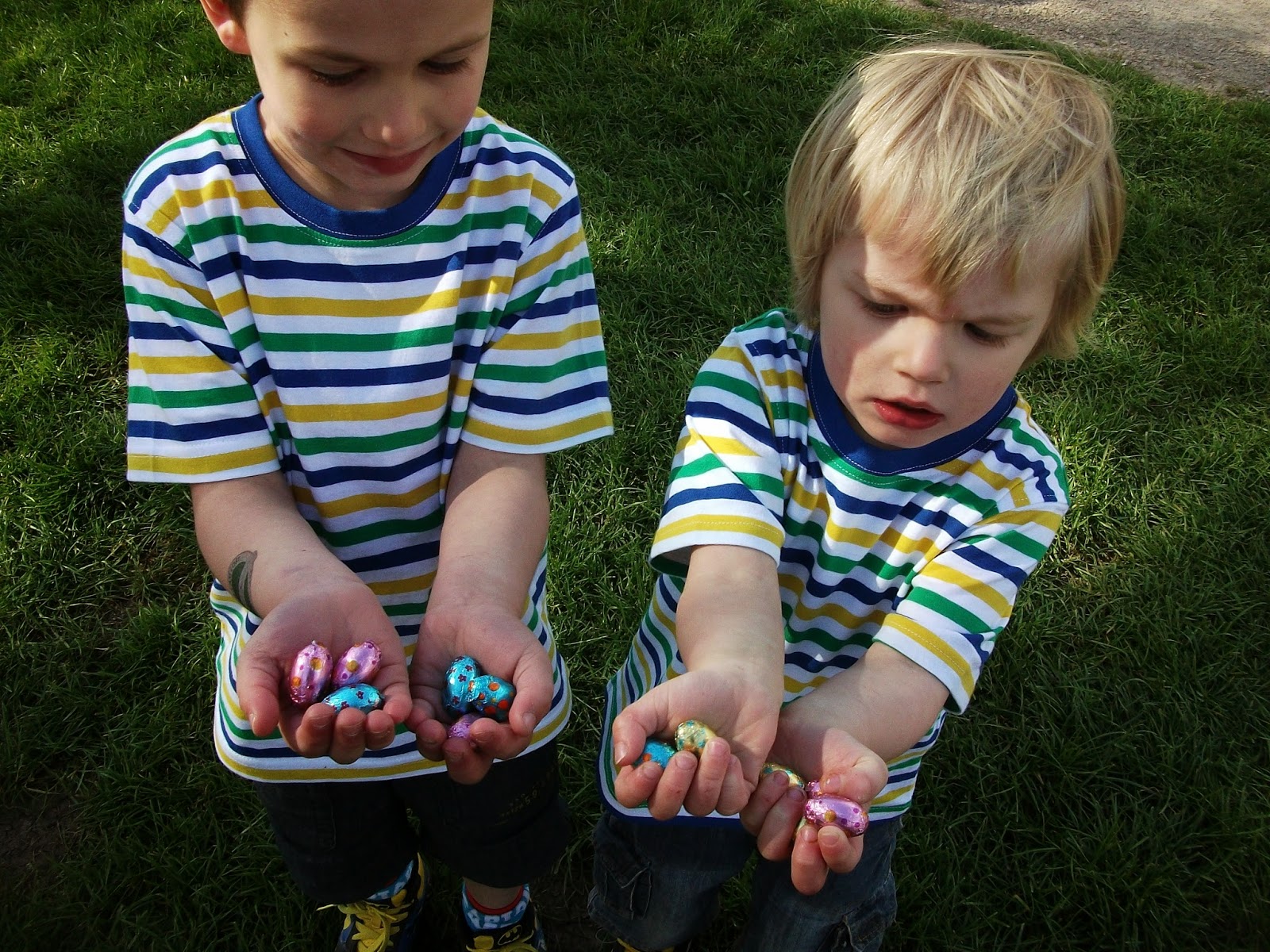 On the way out of the park the boys and L-A handed in their Easter bunny hunt sheet and in return they earned themselves and chocolate egg. This was a nice little treat for the children to leave with.
All in all I would say that as a whole family we had a fantastic fun filled day and would definitely visit there again.

The day out was paid for as a bloggers day out thanks to Charlotte from the PR department at Hatton Adventure World. This being said everything I have written and said about the attraction is of my own doing.