Back in the summer we took the children up to Manchester to the Cbeebies fun day and the recording of the Cbeebies Christmas Panto Peter Pan.

The boys and mummy were lucky enough to get to see Peter Pan being recorded and really enjoyed it, so off the back of that successful outing my wife booked up for us all to go and watch Cinderella the Pantomime at De Montfort Hall, Leicester. 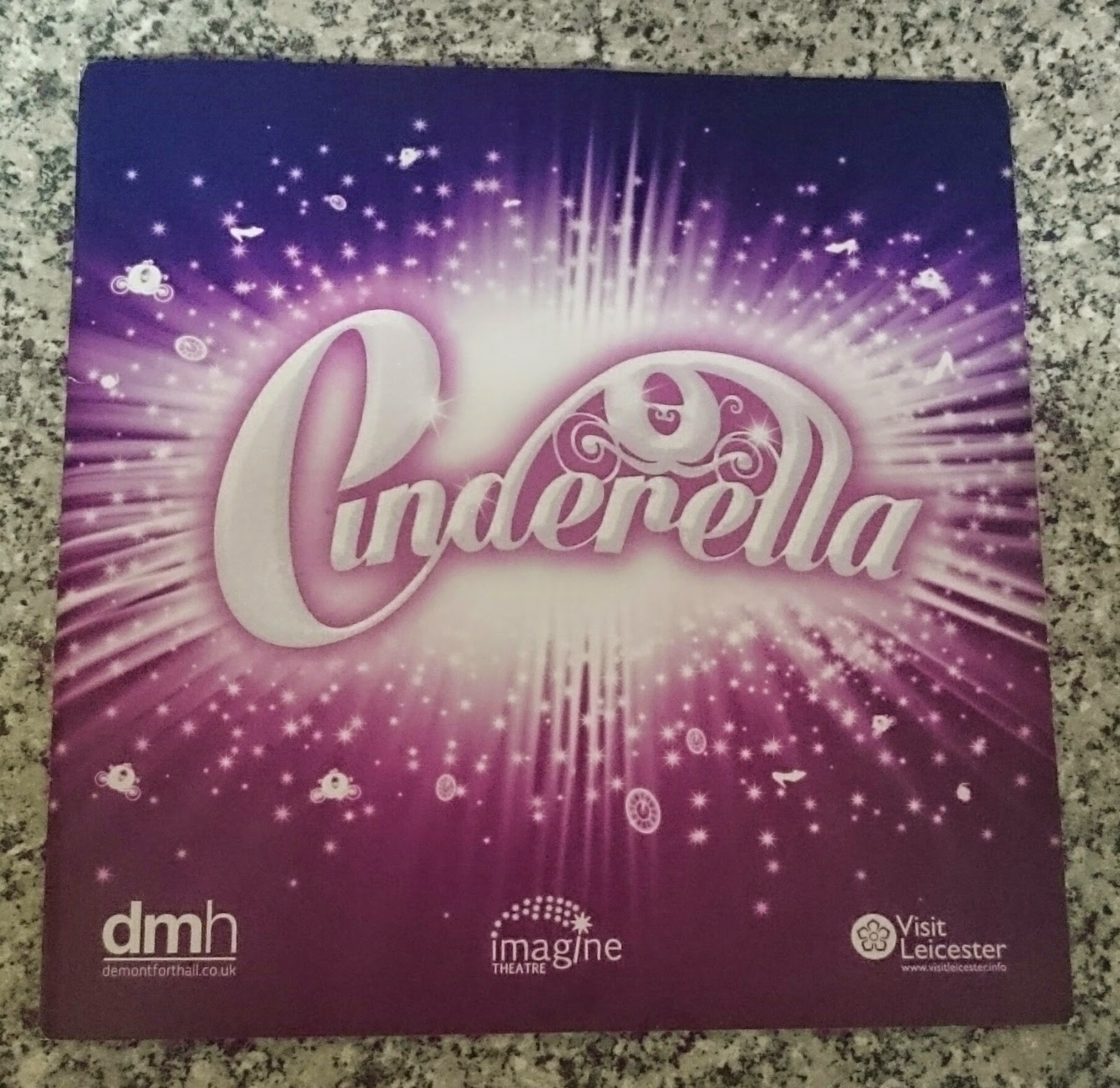 Why that panto you maybe asking? The answer is truly simple, the fabulous Alex Winters was starring in it as Buttons and as you maybe aware my kids and my wife think his amazing, to be fair he is a awesome guy. 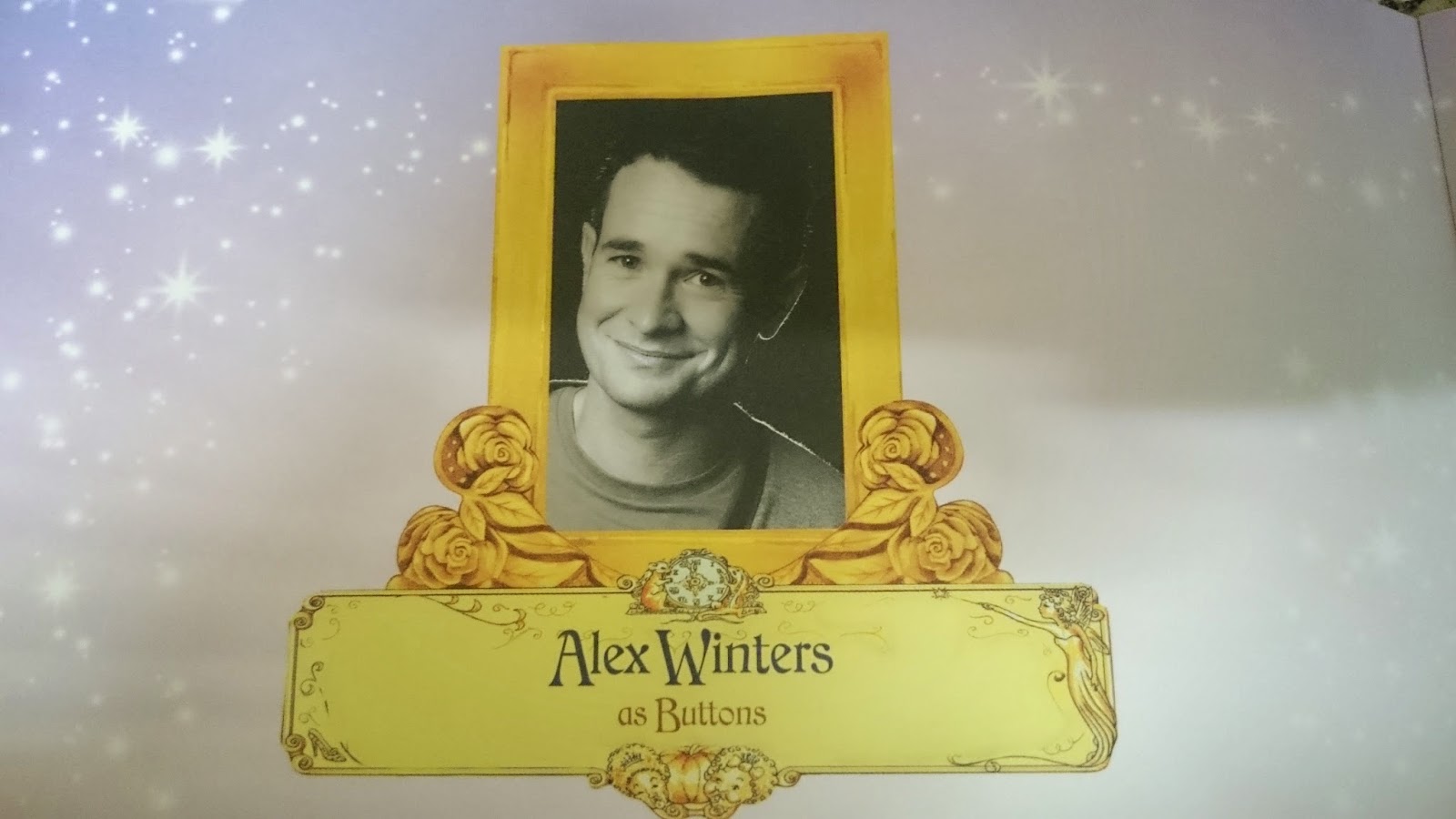 It seemed like a lifetime between when we booked the tickets to the day of the performance but it eventually came round and we (well my wife and I as the kids were still unaware of where we were going) were really looking forward to the panto.

Well we made our way over to Leicester with plenty of time to spare before the show began (mainly due to the fact I didn't want to face the wrath of the wife incase I got lost or somewhere we might of hit traffic and missed the performance). Still at this point the children were unaware of where we were going or who was going to be awaiting them at De Montfort Hall.

Unbeknown to the children and myself my wife had managed to contact Alex to possibly meet him before the show, when we arrived at the venue she said we were going to meet up with someone at the stage door before the show the children were very excited.

Well we met up with Alex who we had a lovely chat with, his such a lovely friendly guy, the children were very excited at this point and couldn't wait for the show to begin.

The children to be fair to them sat fairly still and really enjoyed watching the panto. I hadn't been to a panto for years but I really enjoyed this family panto outing and it was made even more special just before the interval when amongst the list of special announcements read out by Buttons and Cinderella the kids names were read out to see if they were enjoying their first ever pantomime.

We watched the second half of the performance laughing at all the jokes most of which the boys really didn't understand but they laughed their little heads off nevertheless, we joined in with the singing and dancing and all really enjoyed ourselves.

The last little treat was still to come, as we were leaving the auditorium and making our way past the the stage doors we heard someone call out to us, we looked around to see Alex sticking his head around the door hoping to catch up before we left.

Alex was hoping to catch up with us to find out if we'd all had a good time and to see if the children had enjoyed their first proper Christmas Panto which was really nice of him.

The kids told him they really enjoyed watching the panto, they enjoyed singing and dancing and really enjoyed their names being called out and they couldn't wait to come back again next year.
Before we said our goodbyes there was just enough time for the kids to say hi to some of the other cast members which was really cool and to get a few quick pics with Alex. 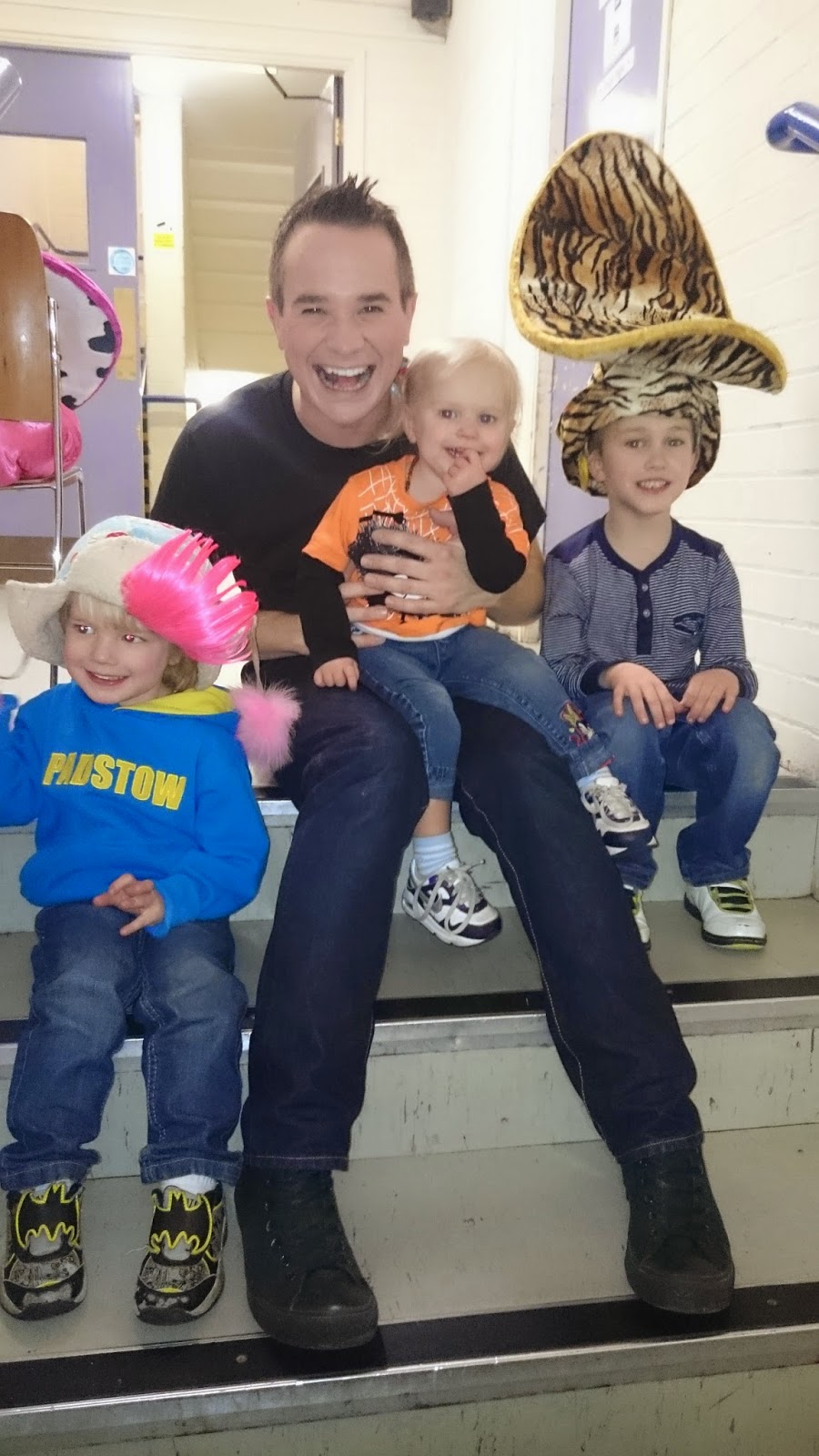 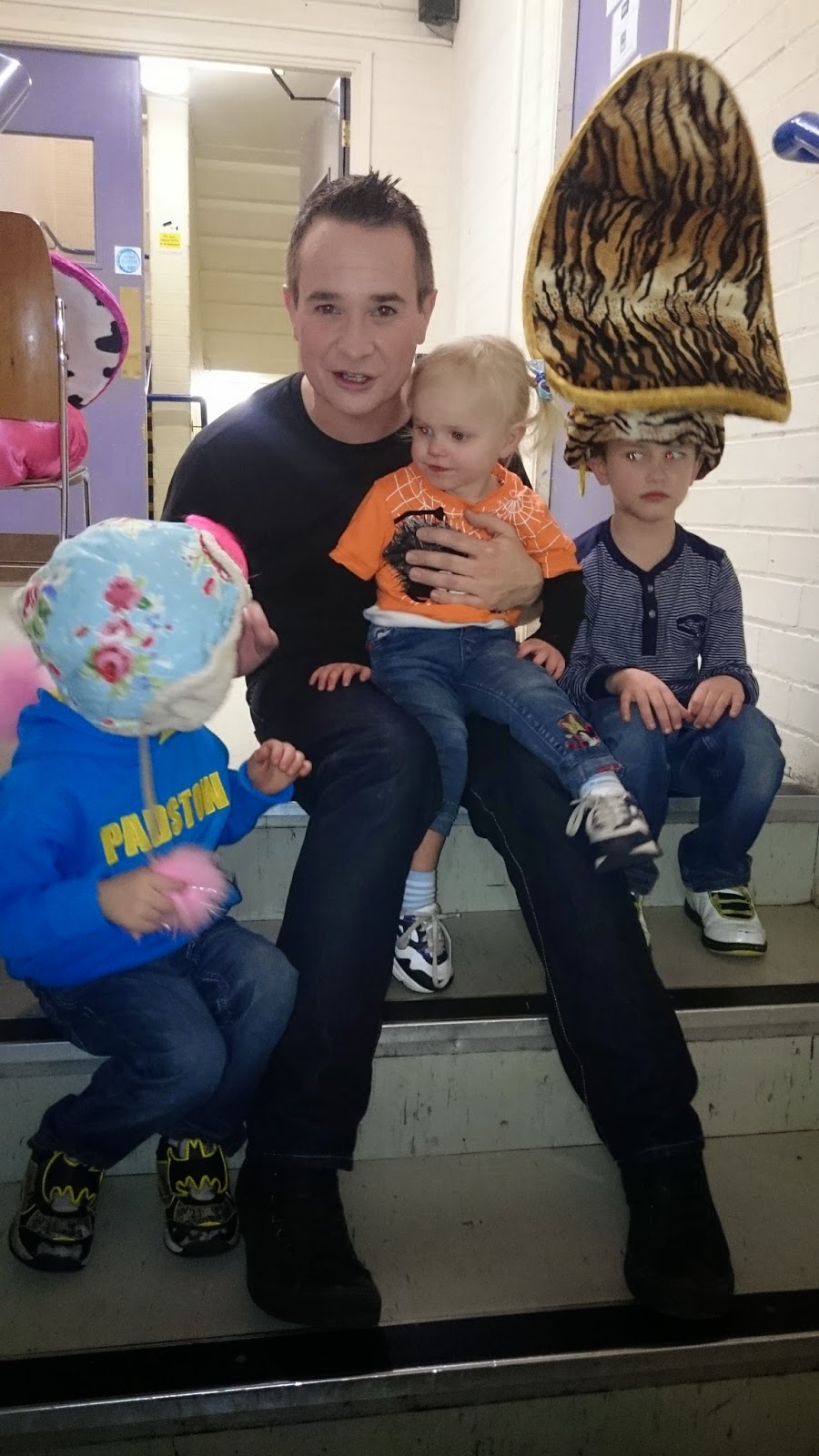 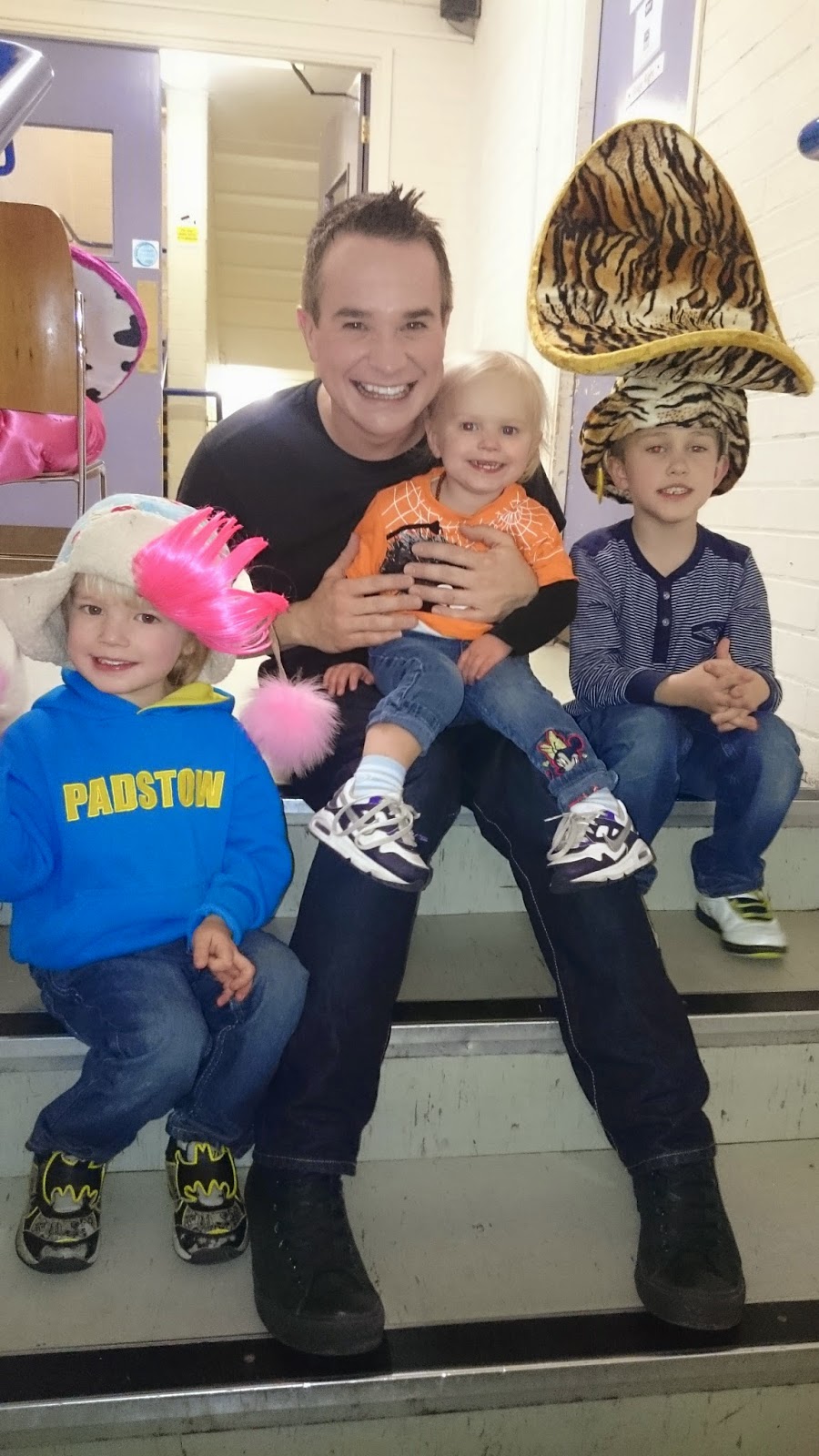 All in all the Pantomime was a great family day out we all really really enjoyed it and can't wait to go again next year (or later this year as it is now lol).
Posted by Unknown at 17:28