Our Day Out In Blackpool

On Tuesday 27th May we took the kids to Blackpool for the day. 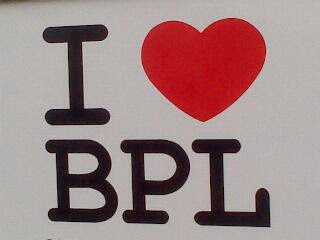 My wife had been sent tickets to go to Blackpool's new attraction for 2014, which was only opened in April called 'ILLUMINASIA'.

So we decided that we would make a few days of it and go to Blackpool then onto Manchester the following day (read about it here).

We had a look on the internet at hotels and booked ourselves to stay the Summerville Guest House.
We packed a few things into trucki and went to bed ready for our early start the next day.

We set off early so we would be up in Blackpool by late morning, we actually arrived at Blackpool at bout 10 am then it took us 30 mins to find the hotel as the sat nav kept sending us the wrong way.
Well we finally found the hotel, checked to see where we could park and parked up, the lovely hotel owners even allowed us to check in as as room was ready for us which was a massive help as it meant we didn't have to leave all our stuff in the car unattended all day. 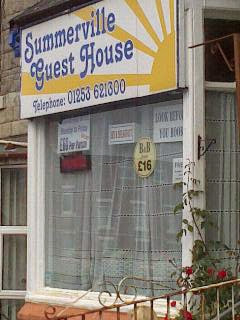 Once we had checked in and sorted ourselves out, we made our way to the Winter Gardens to go Illuminasia. 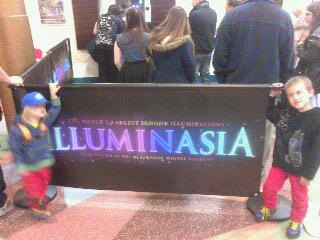 As I said earlier this is a new feature attraction for 2014. Whilst my wife was in the queue collecting our tickets, I took the kids to look around the foyer to see the dance costumes as there was a dance festival on that week, as well as looking at the costumes the boys decided they would have their own little dance show which was very cute to be honest. 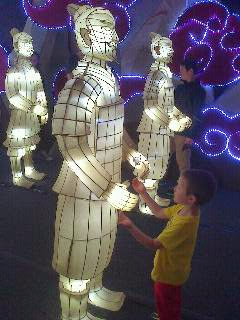 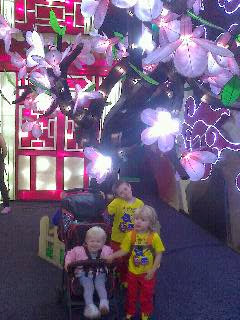 It was our turn to go into the attraction, the kids were so excited, they didn't really know what was going to be the other side of the doors but they were still so excited to find out. The excitement was built up even more by the search and seek chart they were given, they knew they had to find answers to the questions whilst walking around and at the end they'd get a certificate for it.

The attraction was brilliant, it was filled with so much colour and fine craftsmanship, it was also accompanied by various audio interaction throughout various zones. 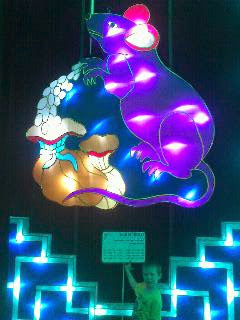 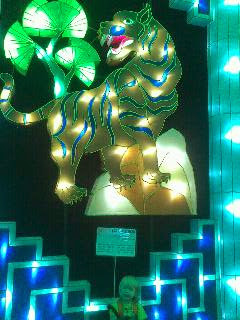 We learnt to speak Chinese and found out what our year of birth was represented by in the Chinese calendar.

We found out some history behind Blackpool's famous Tower and even facts about planets and space.

We were thrown into the Land of the Giants and The Dark Zone, which the kids found fascinating to see all the bugs and creepy crawlies on a grand scale. 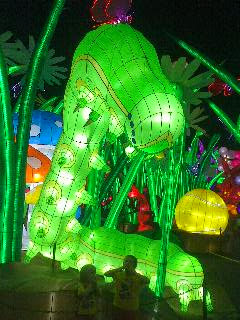 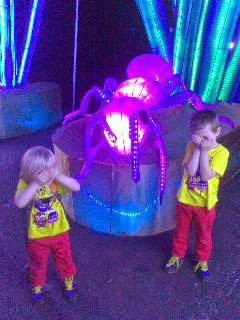 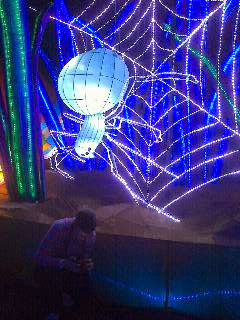 We were also whooshed of into the magical realms of The Deep, a zone full of all kinds of sea creatures. 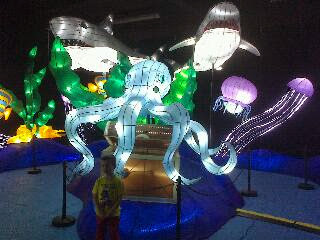 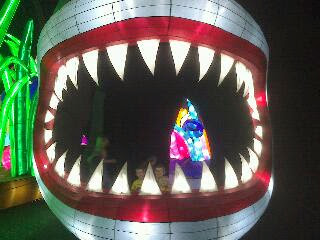 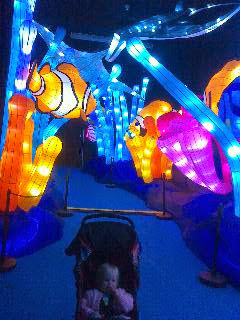 The very last part of the attraction is a laser light show with a switch on of the rooms lights by a child out of the audience which is a good way to finish the visit. 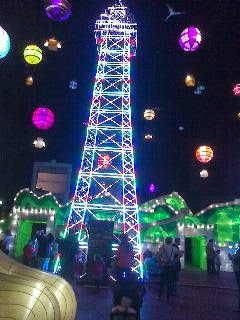 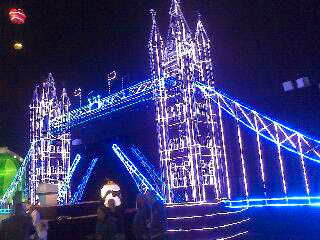 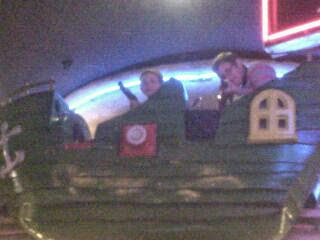 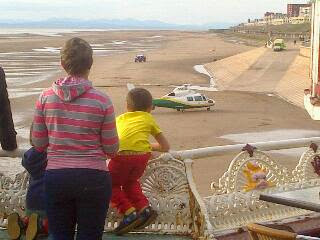 Once we had finished in Illuminasia we took a walk, well a very long walk to be honest all the way down to the Pleasure Beach.

Then we walked all the way back via a walk along Central Pier and North Pier (whilst on North Pier we saw a rescue helicopter bringing someone to an awaiting ambulance on the beach) to the Tower where we had tea in Coral Island Amusements. 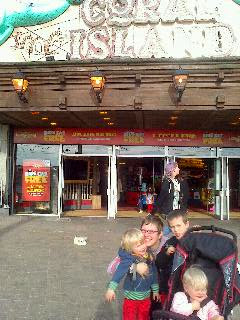 We then had a little wander round town let the kids go on a few amusement rides, won them some tickets which they exchanged for some goodies from the shop, made our way back to the hotel and crashed with exhaustion lol. 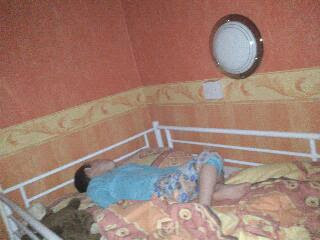 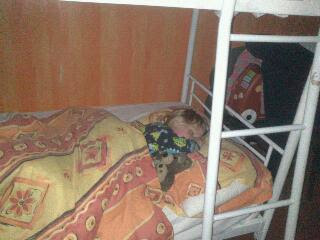