Last week we took the children to see Father Christmas at Merry Hill. 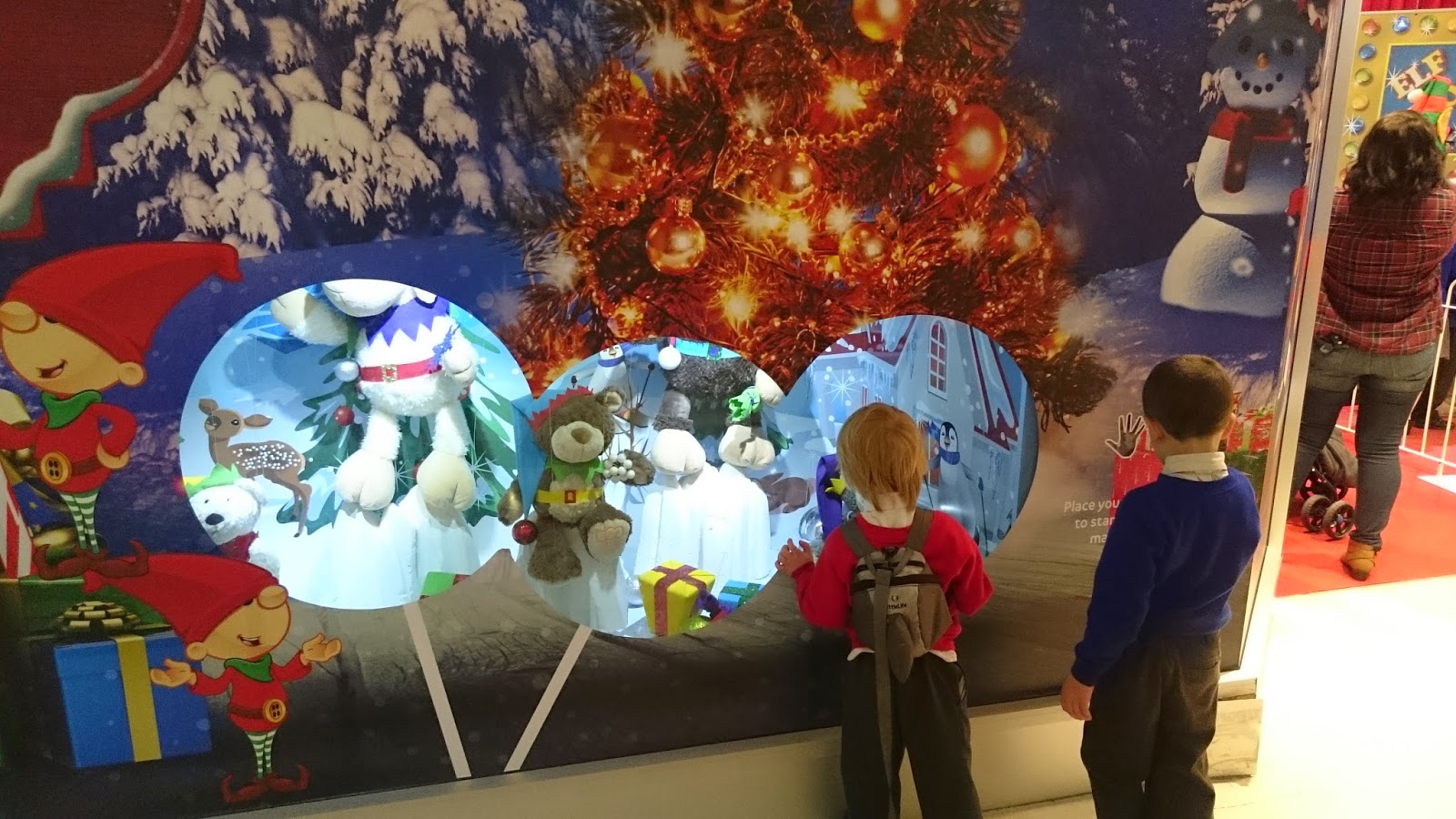 This was their second visit to see Father Christmas this Christmas.

Well we turned up at the entrance to the Elf School with the children still totally unaware what they were going to be doing, neither were we to be honest lol.

Well the Elf at the desk booked us in and took the children's name and we queued up with the other families waiting for the doors to Elf school to be flung wide open (well the curtain to be pulled back at least) so the children could begin their Elf school training.

Well the curtain was pulled back and we were invited in to Elf school. 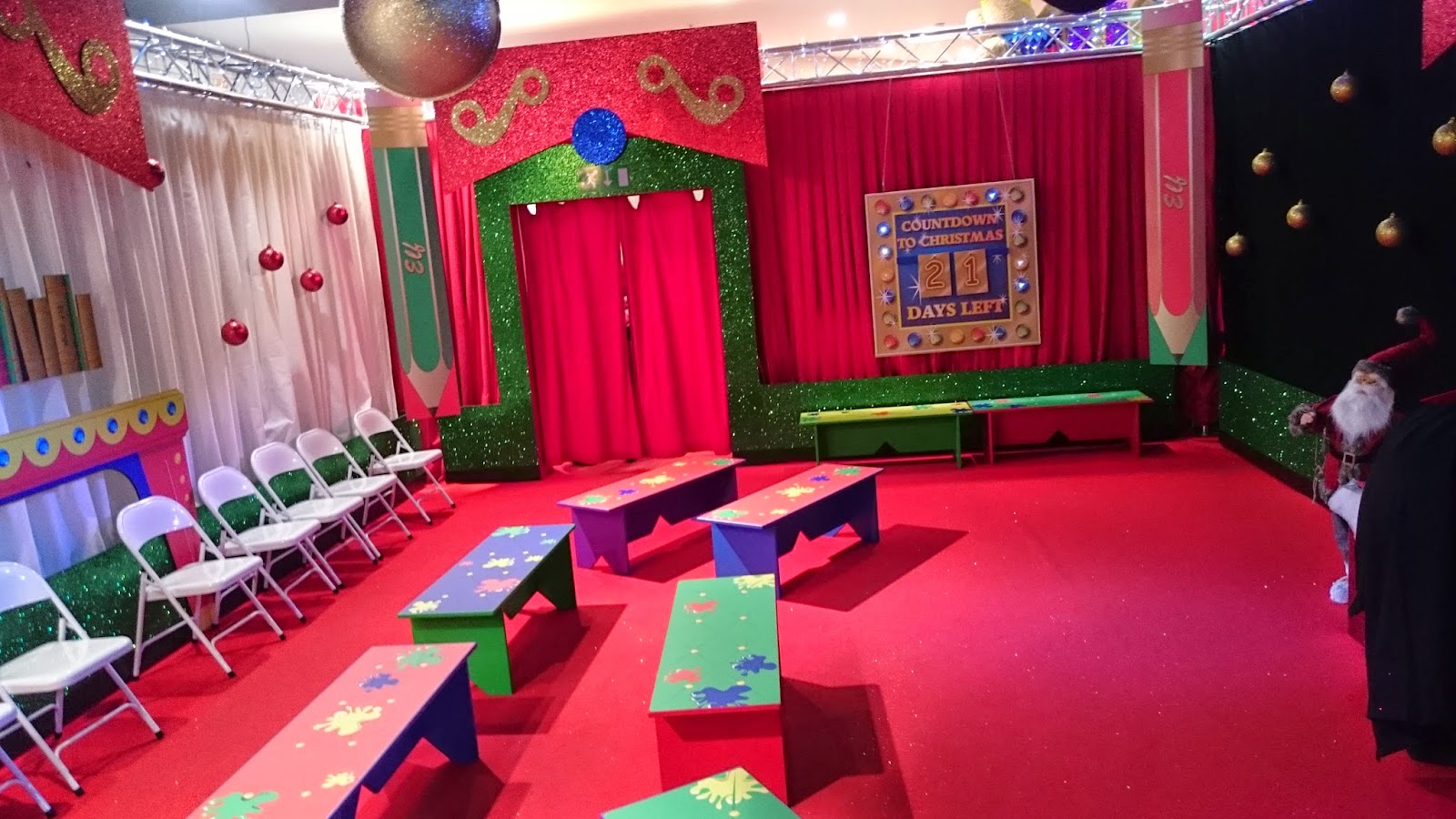 The boys rushed straight to the front and plonked themselves on the front row so they could see exactly what was going on. 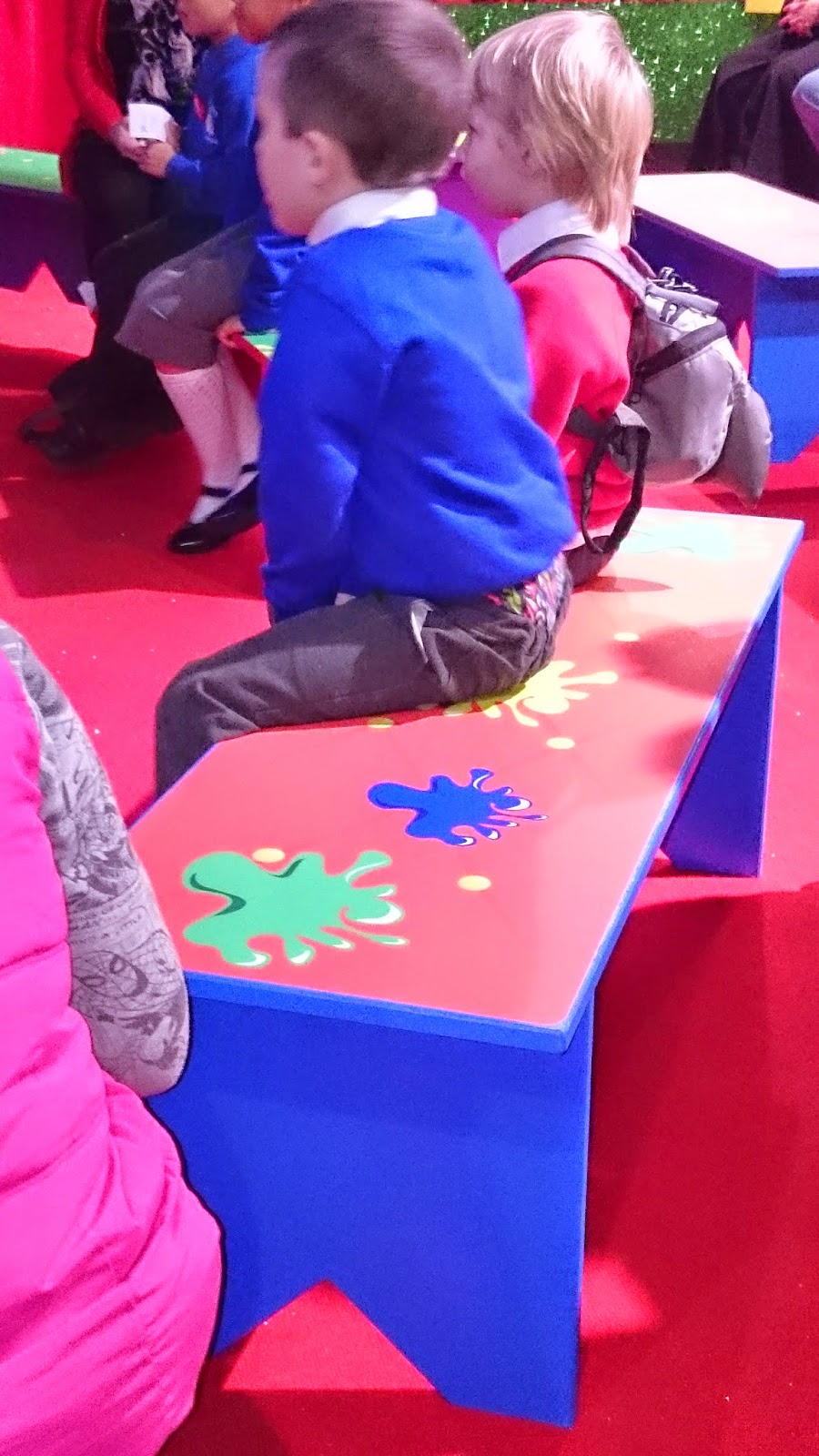 Two elf's introduced themselves to the children and got them to join in with singing some Christmas songs and played hunt for Rudolf's missing red nose which the children enjoyed. 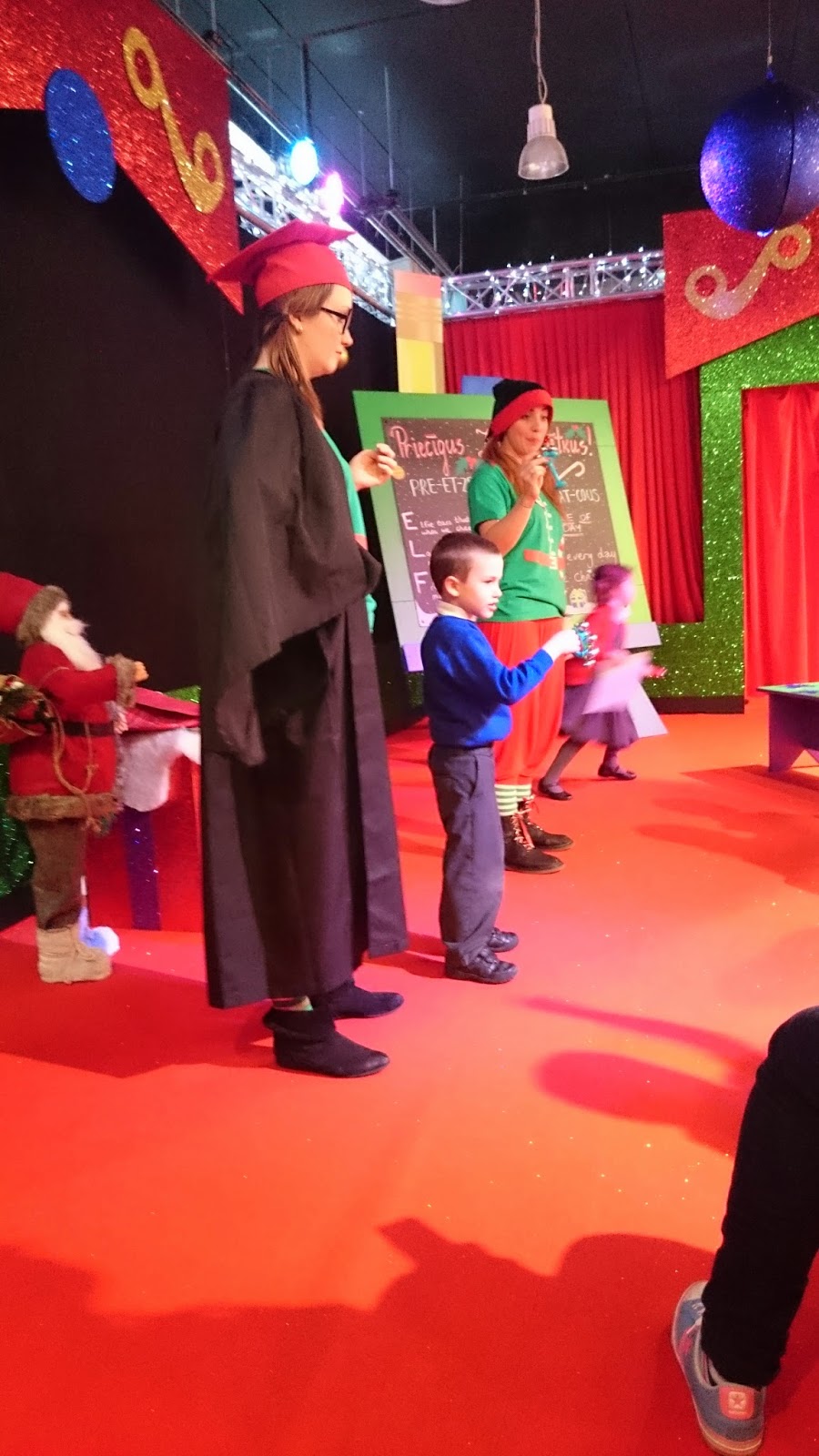 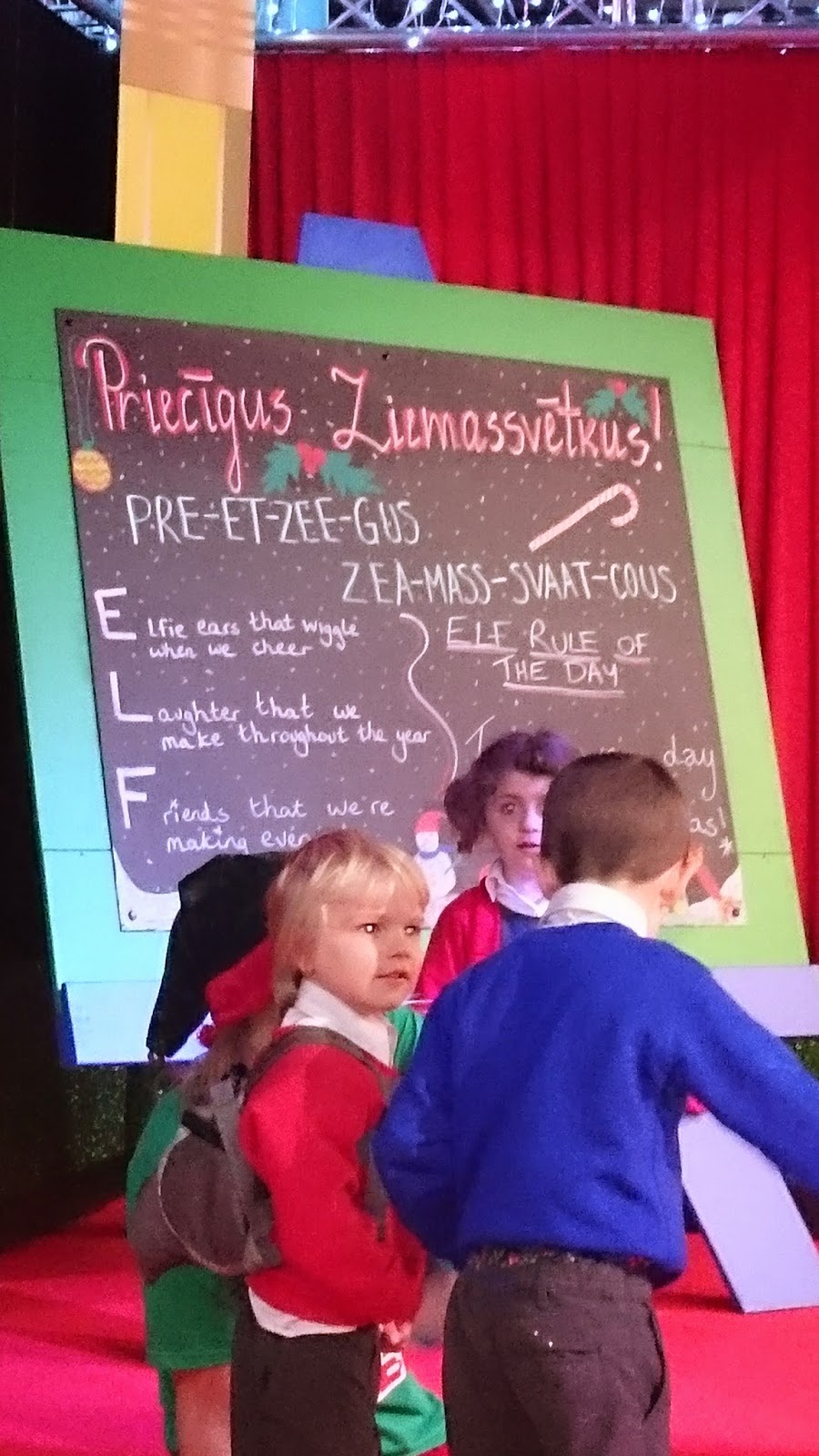 Once this was brought to an end the children were given a certificate that said they had passed elf school and were given a funky elf ears hat as a gift for completing elf school. 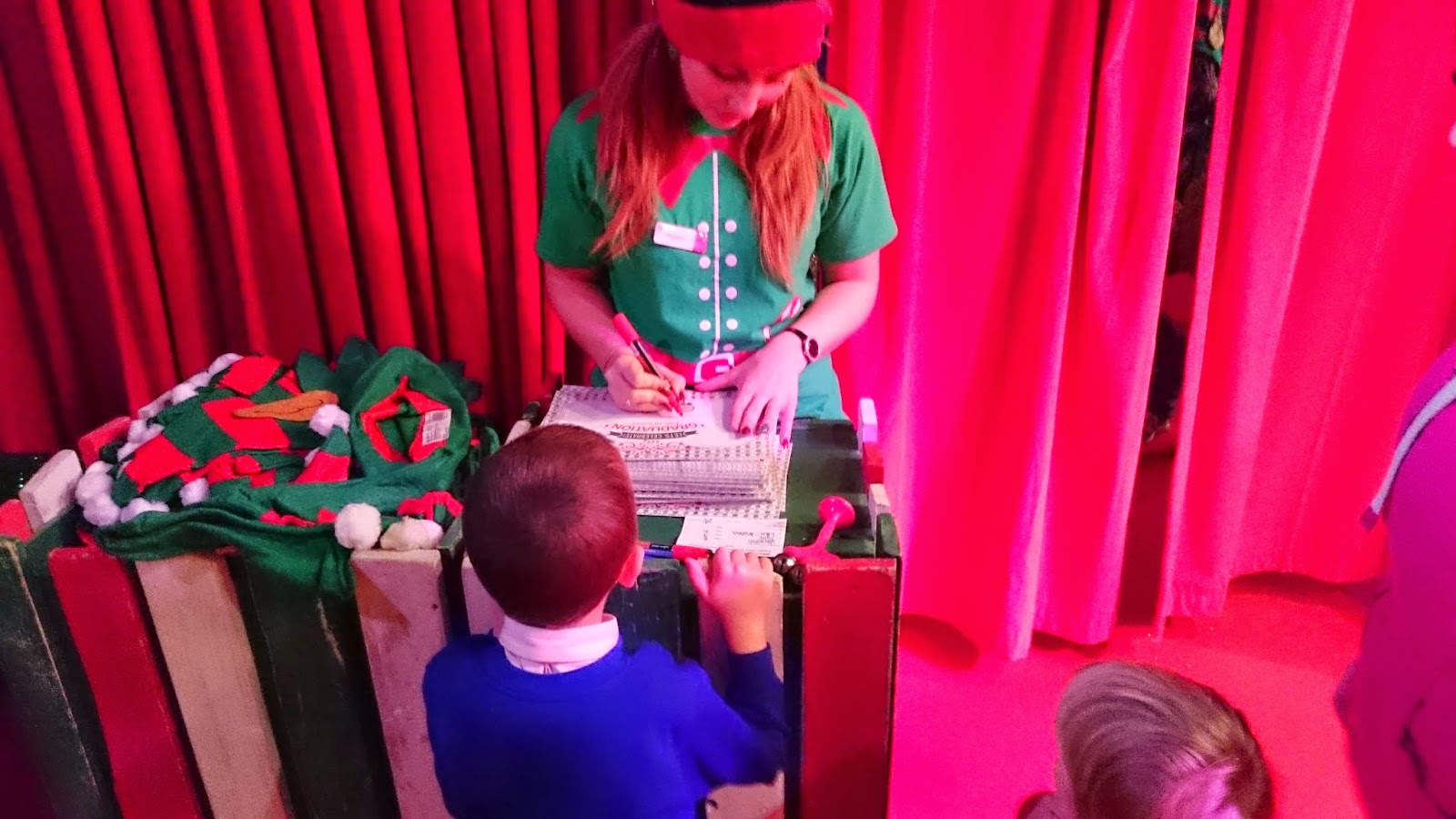 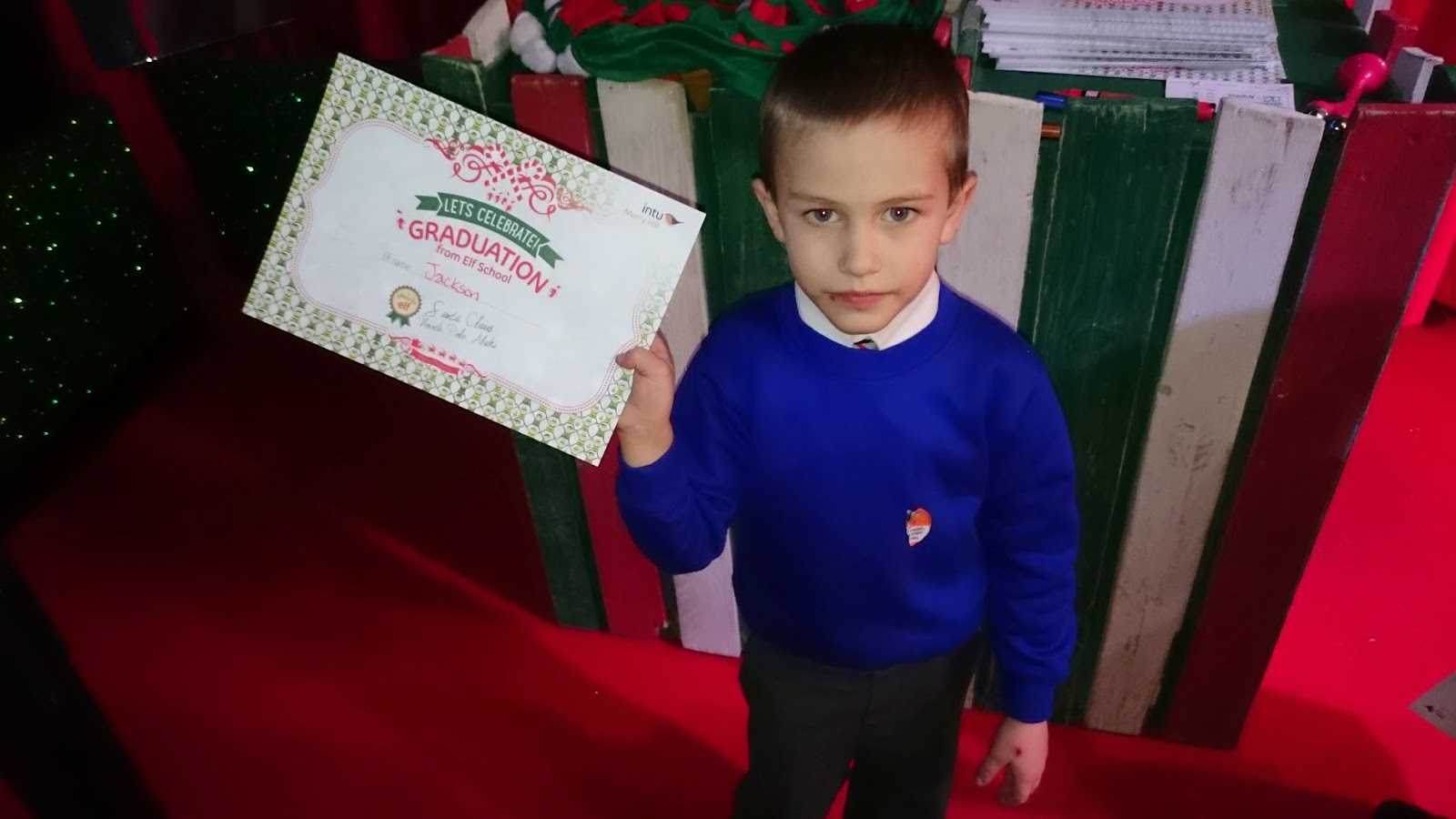 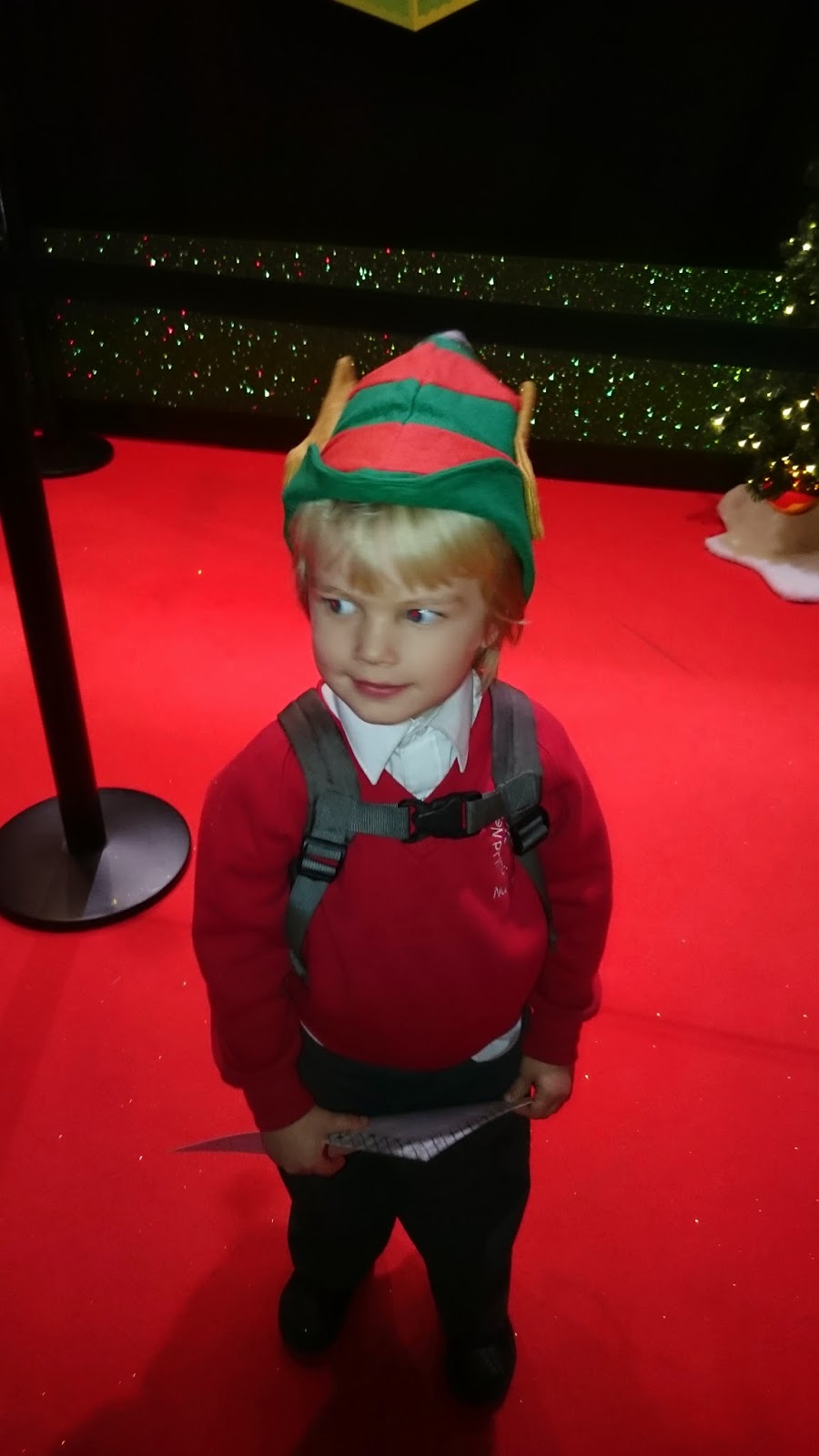 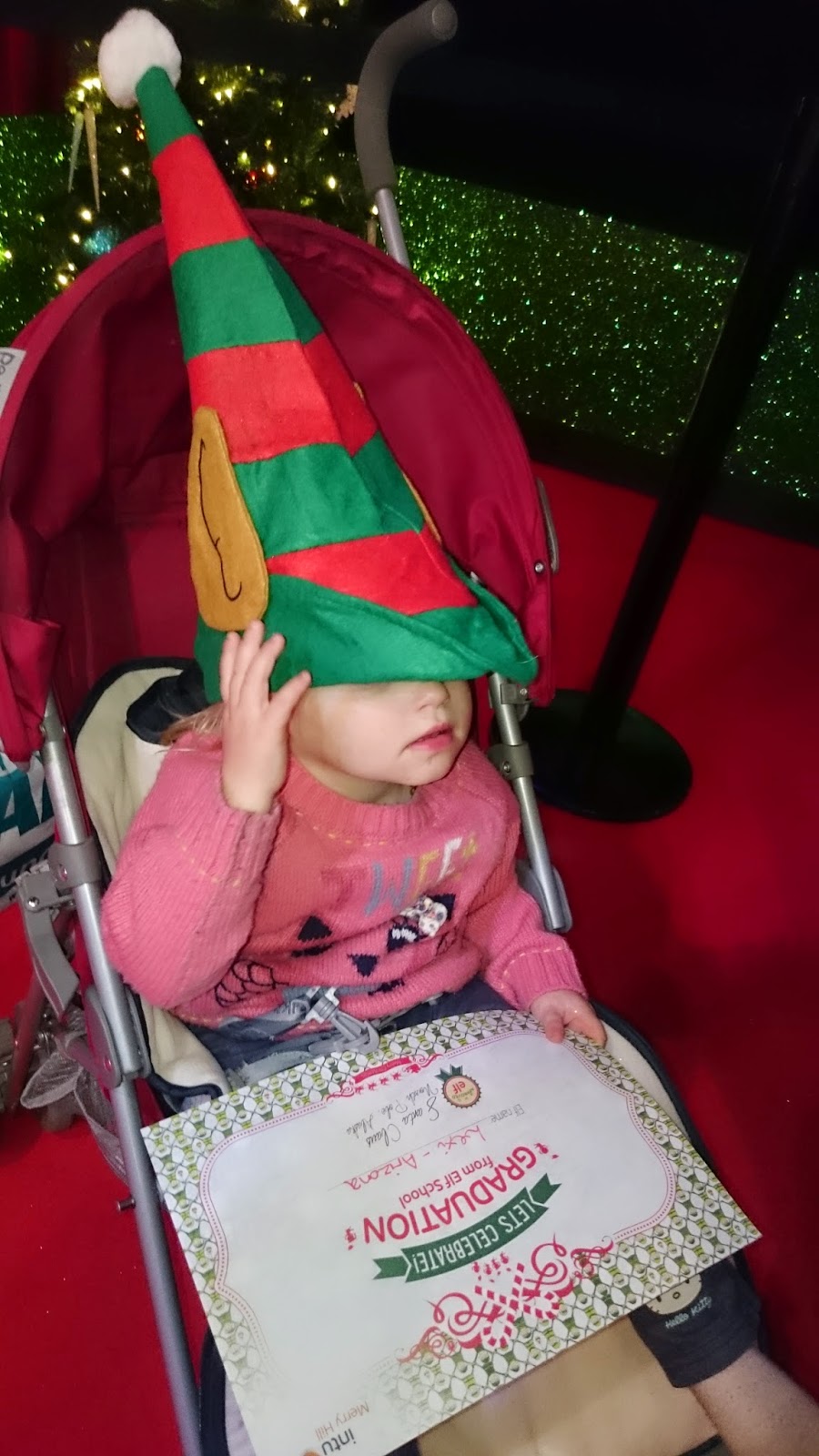 Then it was the time they'd been looking forward to since they'd been told what was in store for them when they were booked in to elf school, yes time to meet the big man himself....... Father Christmas, they were so excited it was untrue to say the least. 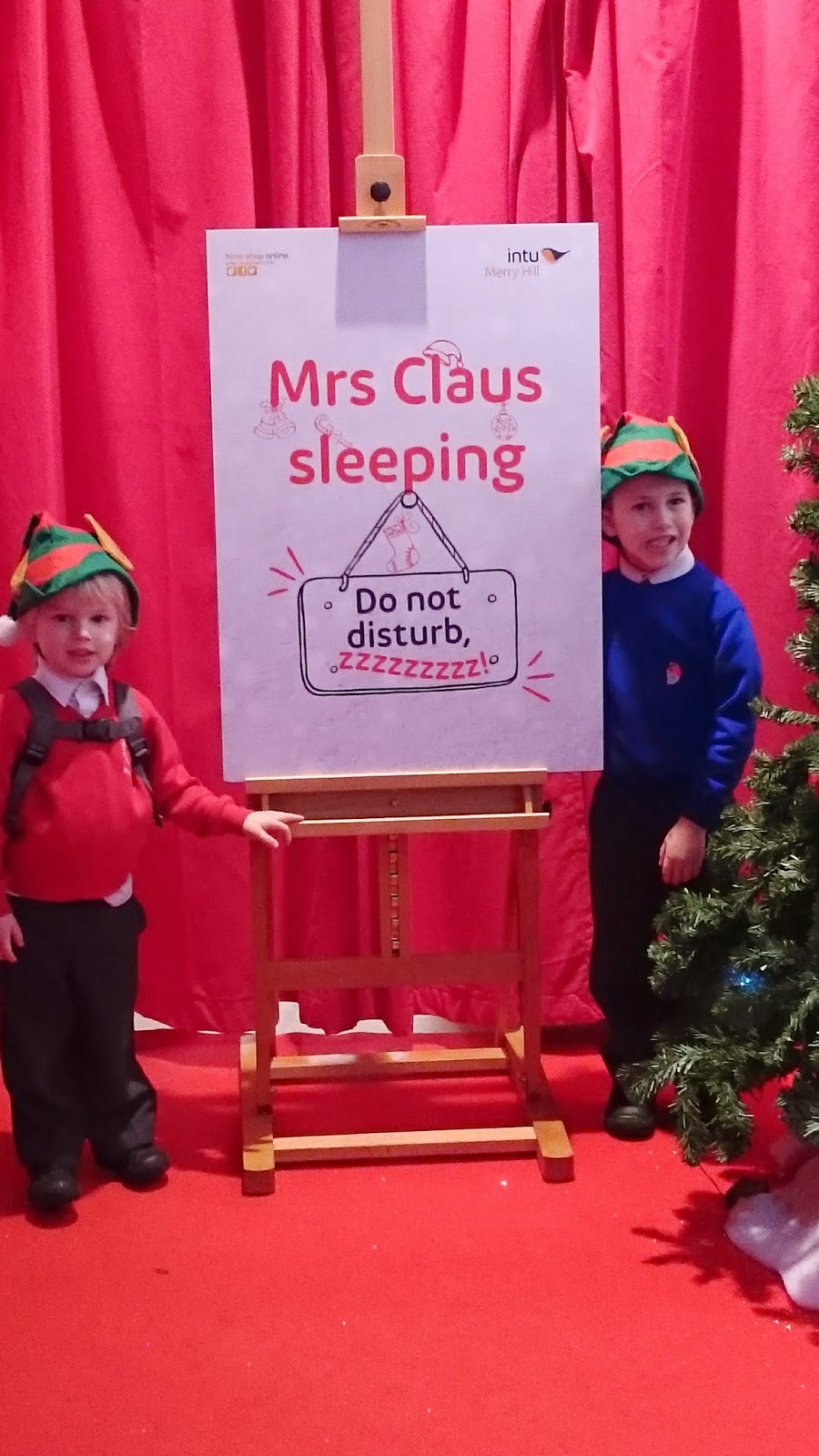 Once inside his Grotto they told Father Christmas what they wanted for Christmas and he told them that if they were good and left him a mince pie and some milk he'd see what nice presents he could leave them in exchange, obviously they agreed, that sounded a fair exchange, cars, my little pony and super heroes for milk and a mince pie how awesome would that be. 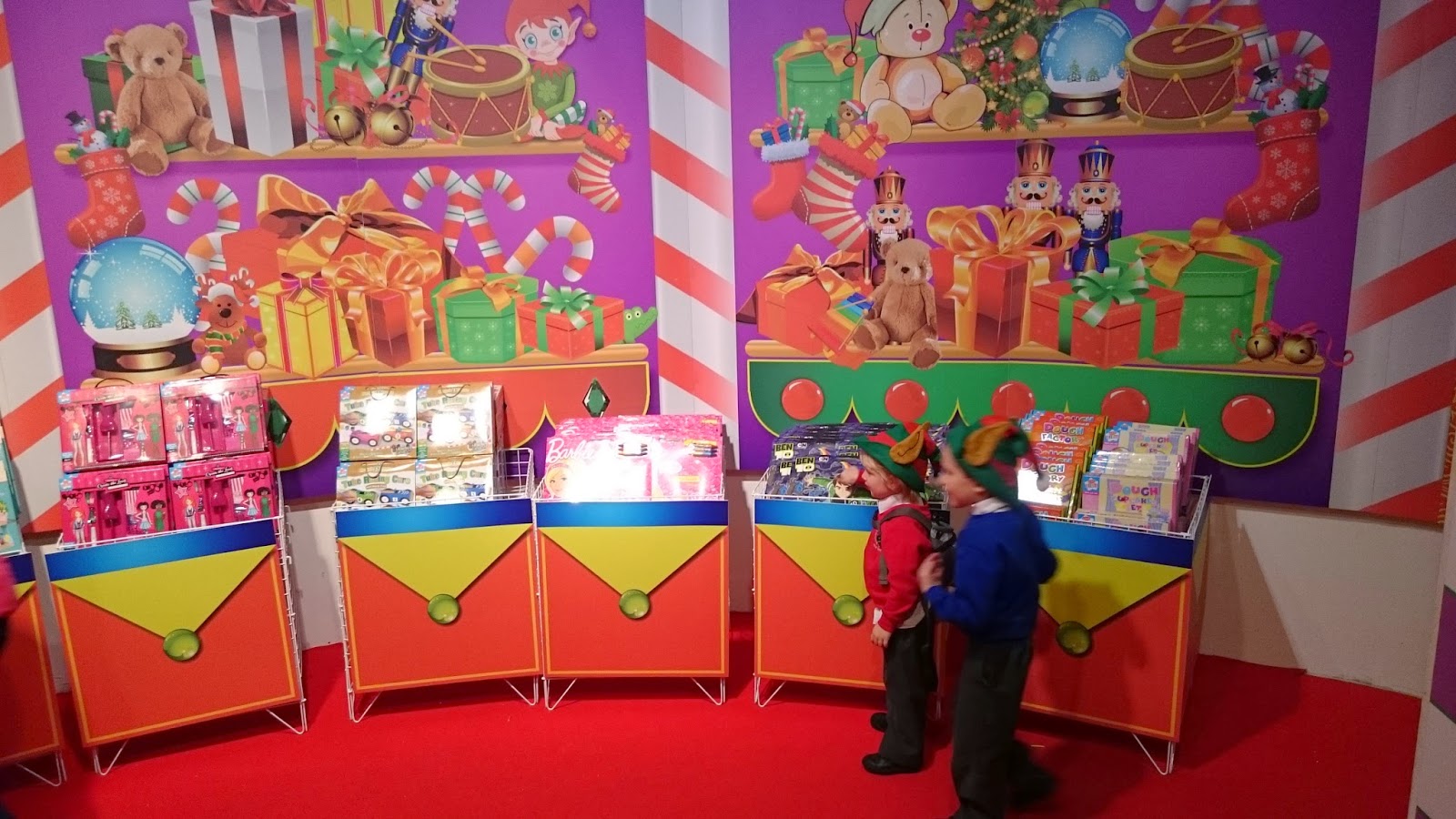 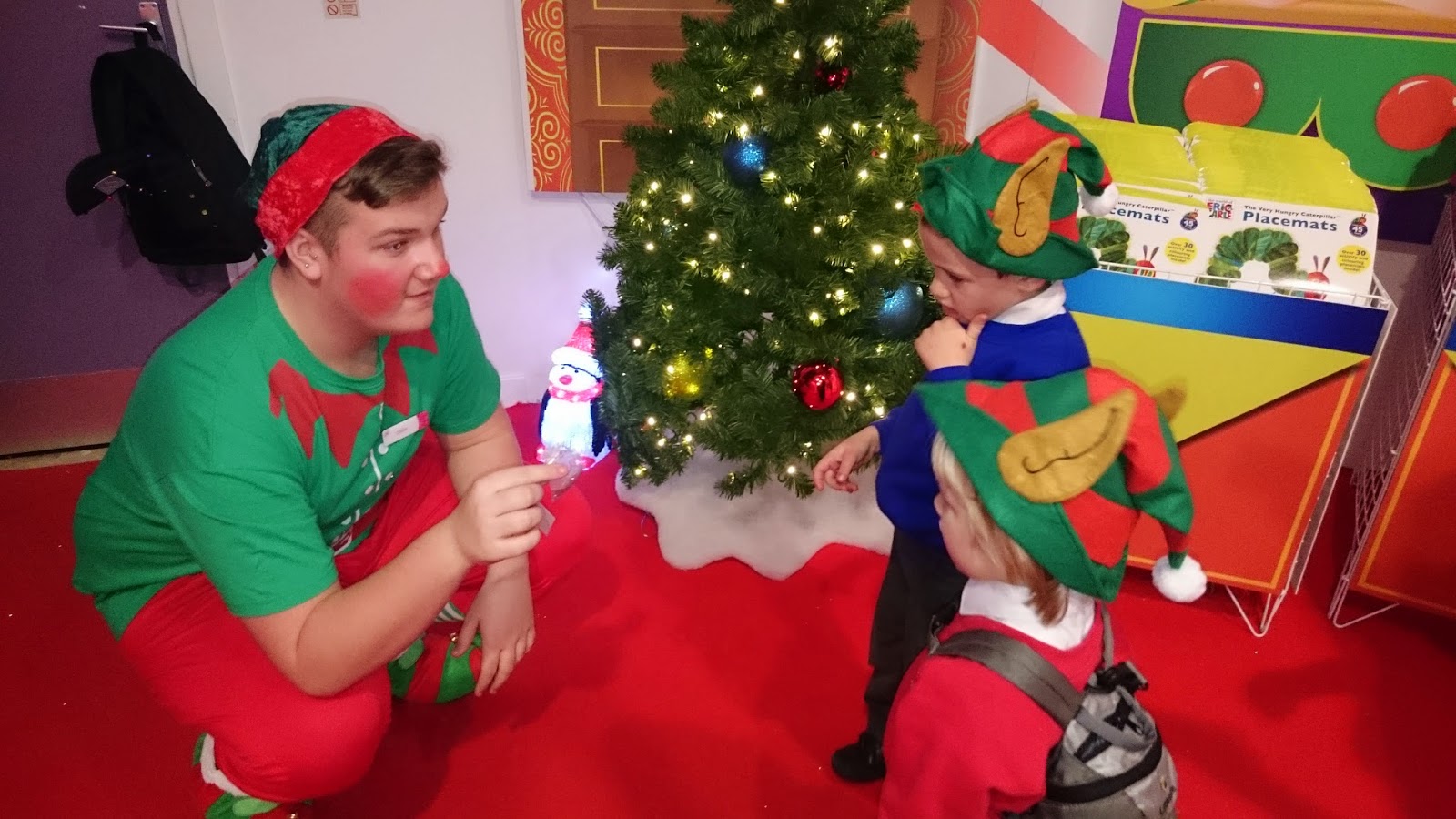 Well that was the end of their visit to Elf school and I must say for £6 it was well worth it they not only enjoyed the elf school sing along section but most of all enjoyed seeing Father Christmas, I would totally recommend it to anyone who's taking their little ones to see Father Christmas this Christmas.
Posted by Unknown at 19:47