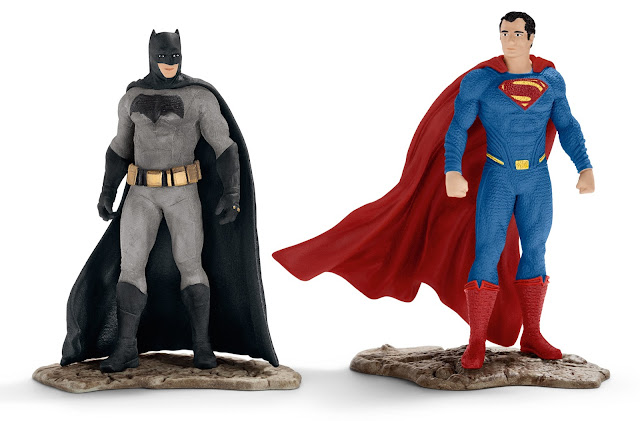 Mum's and Dad's alike over the ages have grown up watching the many different tv and film versions of batman and superman, each being one being that bit different from the last film or the last tv show.

I grew up watching both the batman and superman films, firstly seeing Michael Keaton star as batman back in 1989 and around the same time I was probably introduced to  Christopher Reeve playing Superman in the films and I've carried on following and enjoying both characters right through to watching Christian Bale playing the role in the last batman film in 2012 and Henry Cavill playing superman in 2013 film.

Now brings a whole new issue to the child within who grew up supporting and pretending to be both Batman and Superman alike as now I'm having put in front of me:-

Batman vs Superman: Dawn of Justice

I mean come on all through my childhood life I've been one character then the other, then the opposite one then back again (you get my drift) now I'm seeing a film being brought to the big screen of my two childhood heroes fighting each other, I can't choose sides that's crazy.

Film aside for now, what this means though is more toys, games and collectibles will be released for this new film.

One new set of collectibles released by Schleich is the
Batman v Superman figurines. 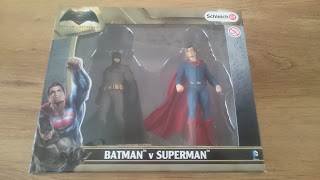 Yes I have been lucky enough to be sent one of these packs, I recently received the Batman v Superman pack, they retail at £14.99 and for both figures this is a great price.

As you can see from my photos both figurines are high quality hand painted figures with extremely lifelikeness to both Batman and Superman. 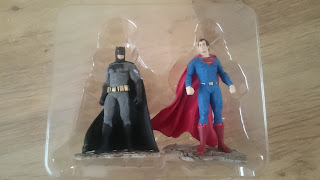 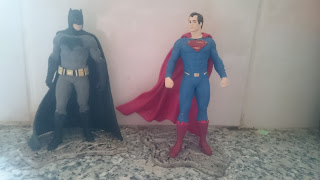 If I would have to choose my favourite it would have to be Batman..  No Superman... No no really I can't choose but as character figurines go I love them both.

I was sent this product for review purpose and all my opinions are fully my own.