Day Out At Alton Towers

We took the family out to Alton Towers thanks to Sun Perks on Tuesday.

We had so much fun from the off, we even went a different way to our normal turn off on the motorway which was good it because it took us a different way and we saw some different sights lol.

The excitement was becoming to much for the boys the closer we got to the park entrance especially as the boys knew that on this visit we'd be taking them to the new Cbeebies Land.

Well as we'd already got tickets we whizzed past the queues at the ticket booths and got straight into the park. 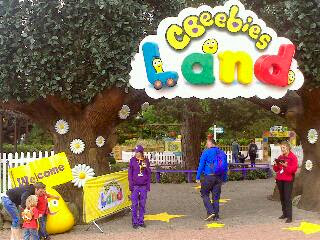 We made our way straight to the Cbeebies Land and the boys were about to decide what they wanted to try 1st when mummy said "can I go on The Smiler 1st as the queue will be smaller and we can do Cbeebies Land for the rest of the day".

Upon hearing this I was waiting for the tantrums to begin but it wasn't to be as my wife was already leading the boys away in the direction of The Smiler with no time allowed to tantrum or moan.

Well we parked up outside the ride which the OH was due to go on the ride, as the queue time was 30 minutes I said I'd take kids back to Cbeebies Land whilst OH was on ride. OH said she'd catch us up so we said our goodbyes and went our separate ways.

The kids and I walked round Cbeebies Land to see what was there to go on ready for mummy to catch us up. About 20 mins in I got a phone call "fire alarms gone off I'm gonna be a bit longer then expected" my OH said, "OK, catch us up when u can" I replied.

Well about another 20 mins went by and I got another call "where are u I'm FINALLY off that bloody ride" well we meet up and it appears she'd been to customer services and complained about the poor customer service on The Smiler and got rewarded a fastpass for her troubles.

Well we finally met back up together and told mummy that:- 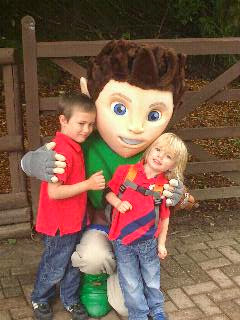 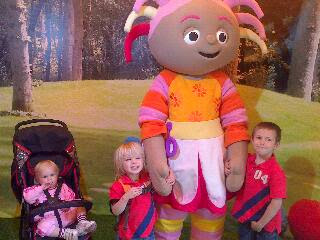 Had a picture took with Upsy Daisey, 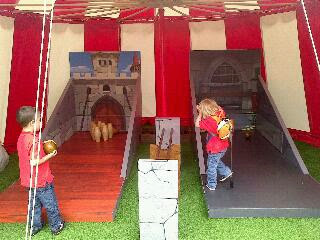 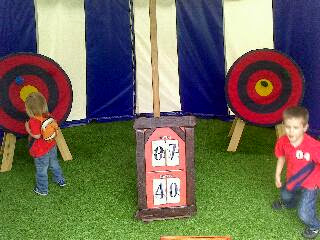 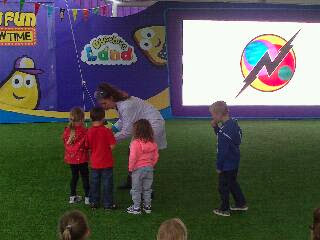 and best of all we watched Nina and the Neurons show and JR got picked to participate in it too.

After this we went on the sky ride over to where Ice Age the 4D experience is. 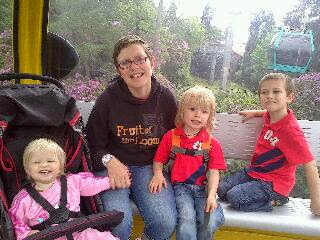 We all went in this attraction, the boys had mixed responses to it to be honest they loved some of it and were scared by some of it too, L-A wasn't to sure what to make of it at all to be honest. 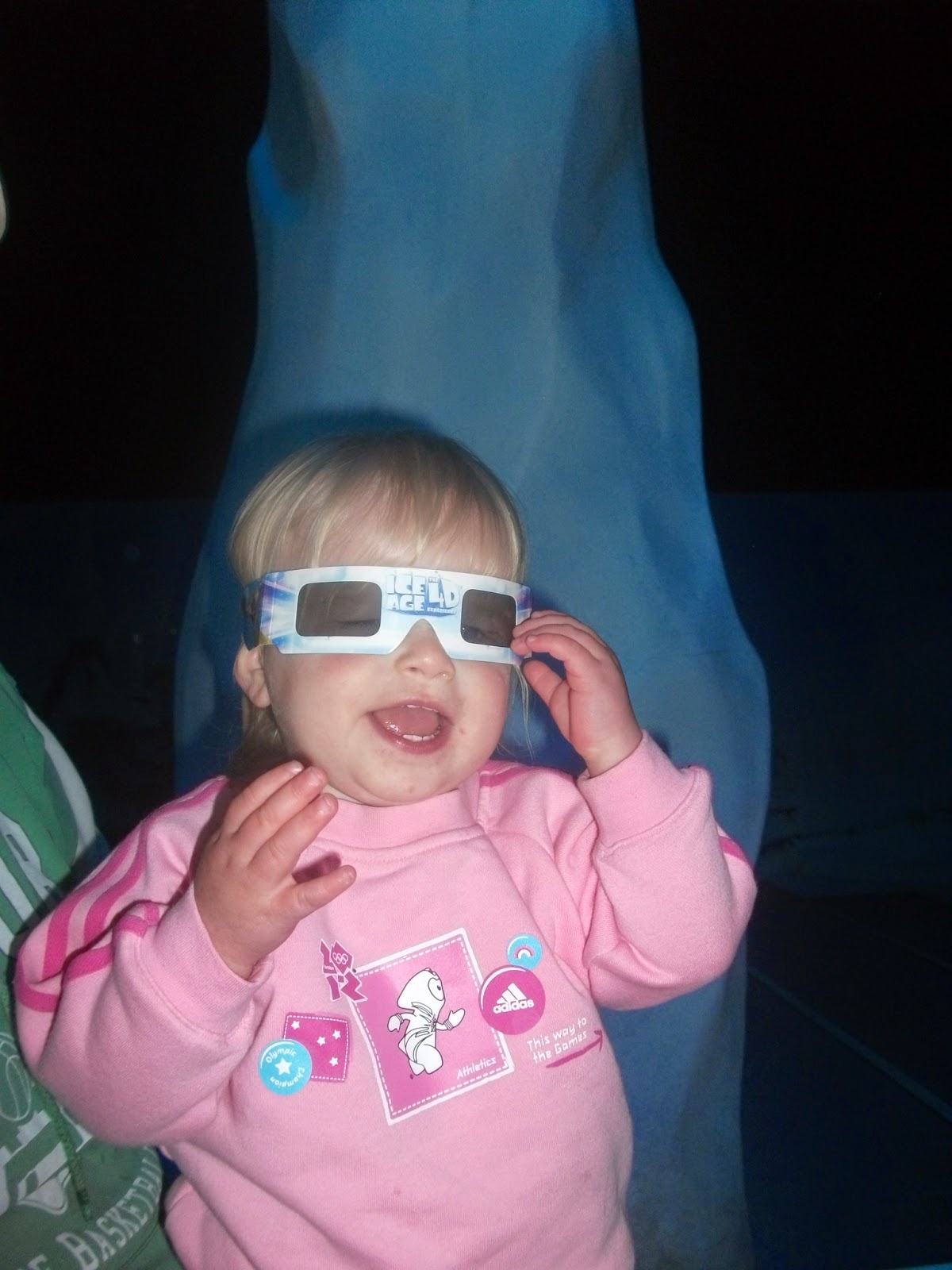 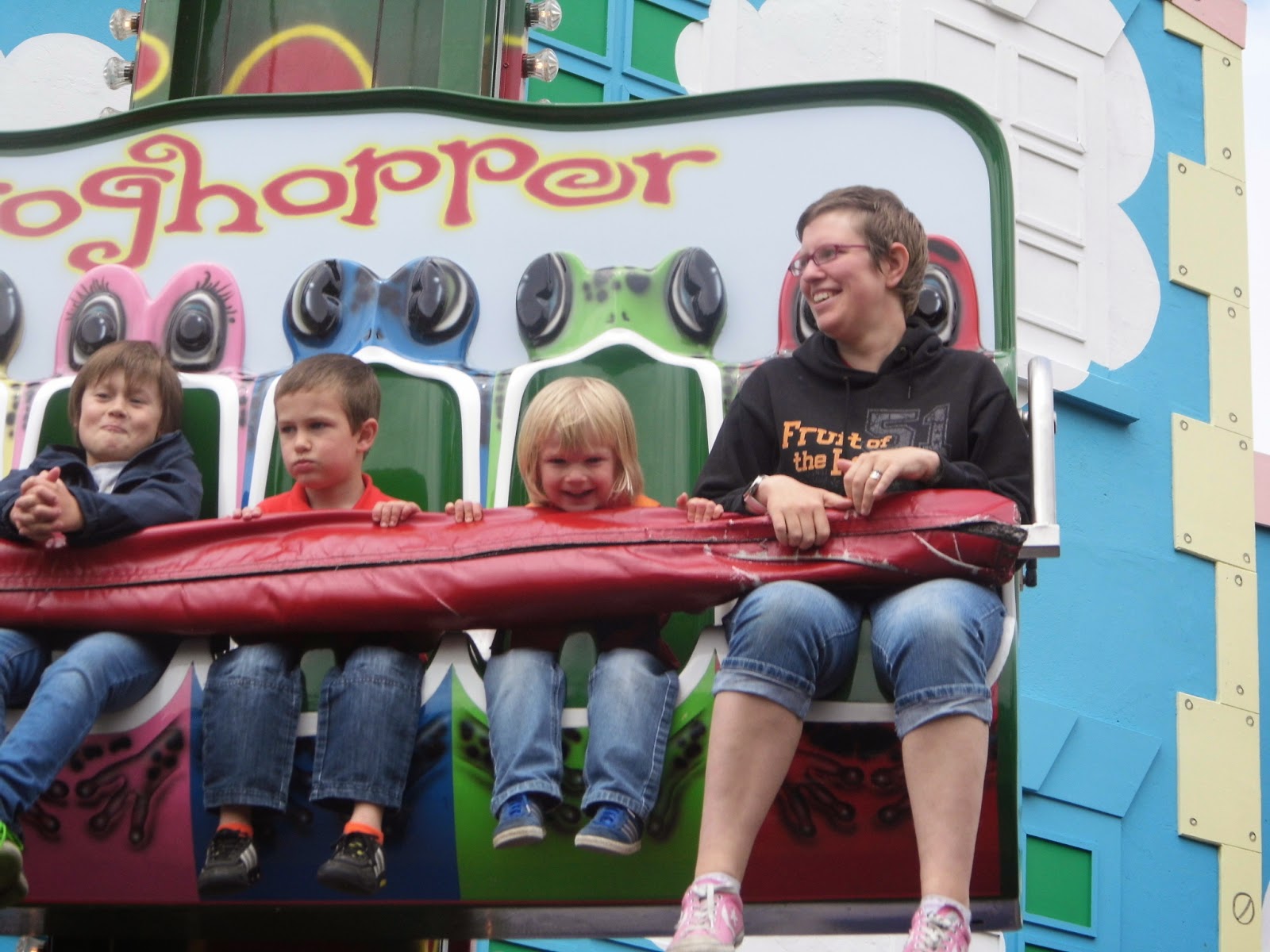 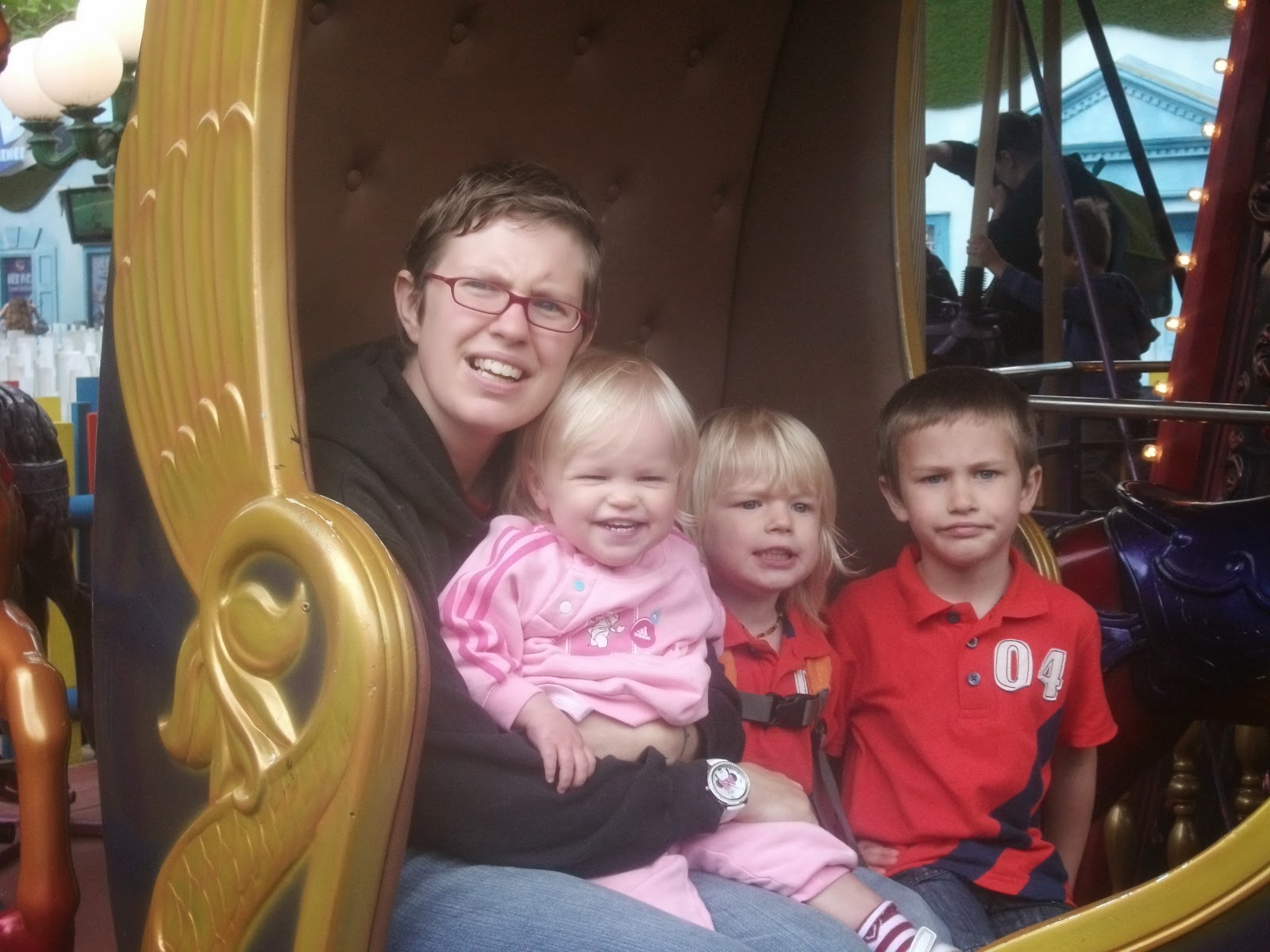 The OH then took the kids on the carousel and the frog hopper then we let JR try his hand at Drive School, to be honest I wasn't too sure about him on it at first as he can't walk in a straight line let alone drive a car in one lol but give him his due he was very good and followed all the rules very clearly *proud daddy face I did have lol*. 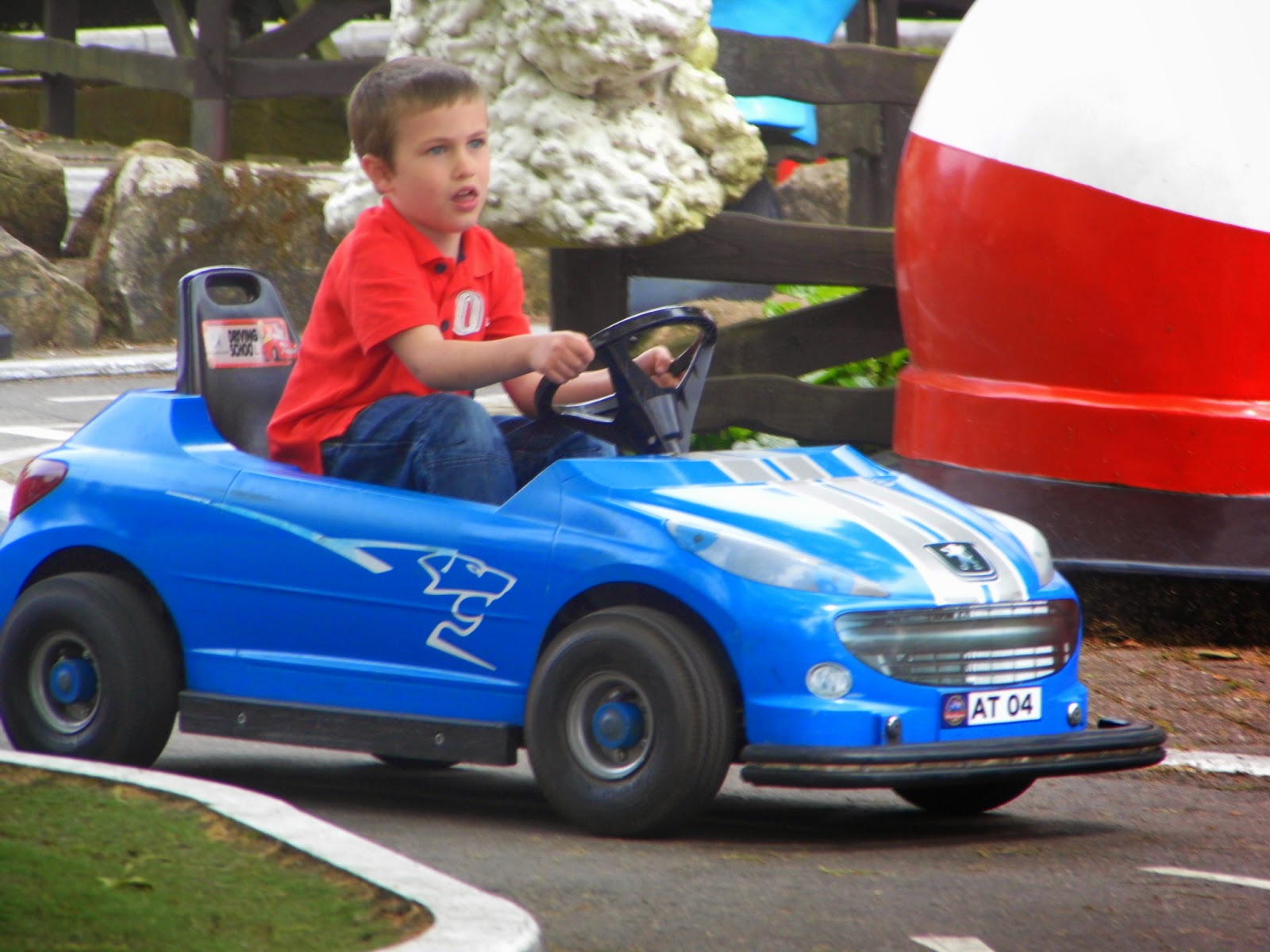 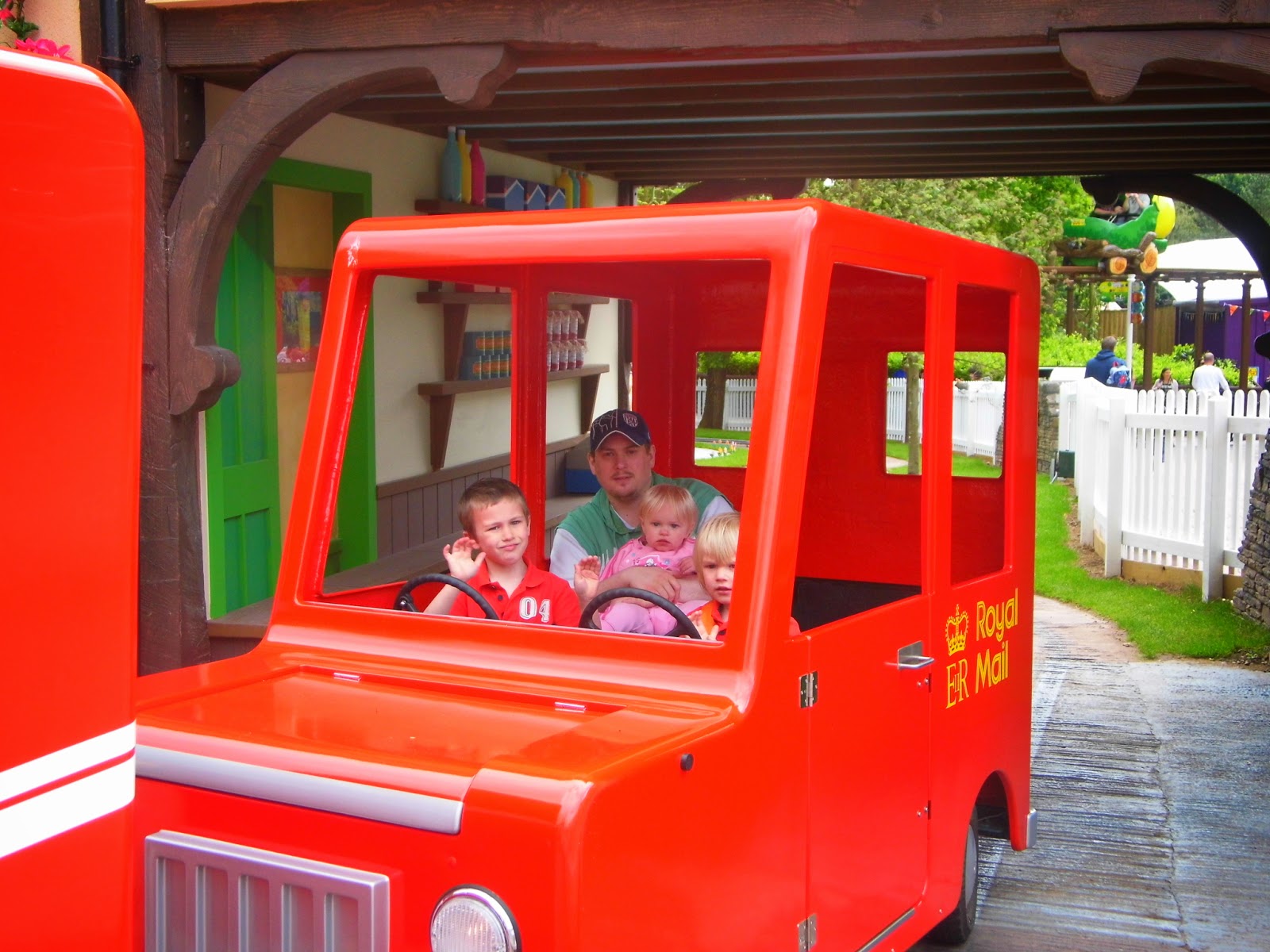 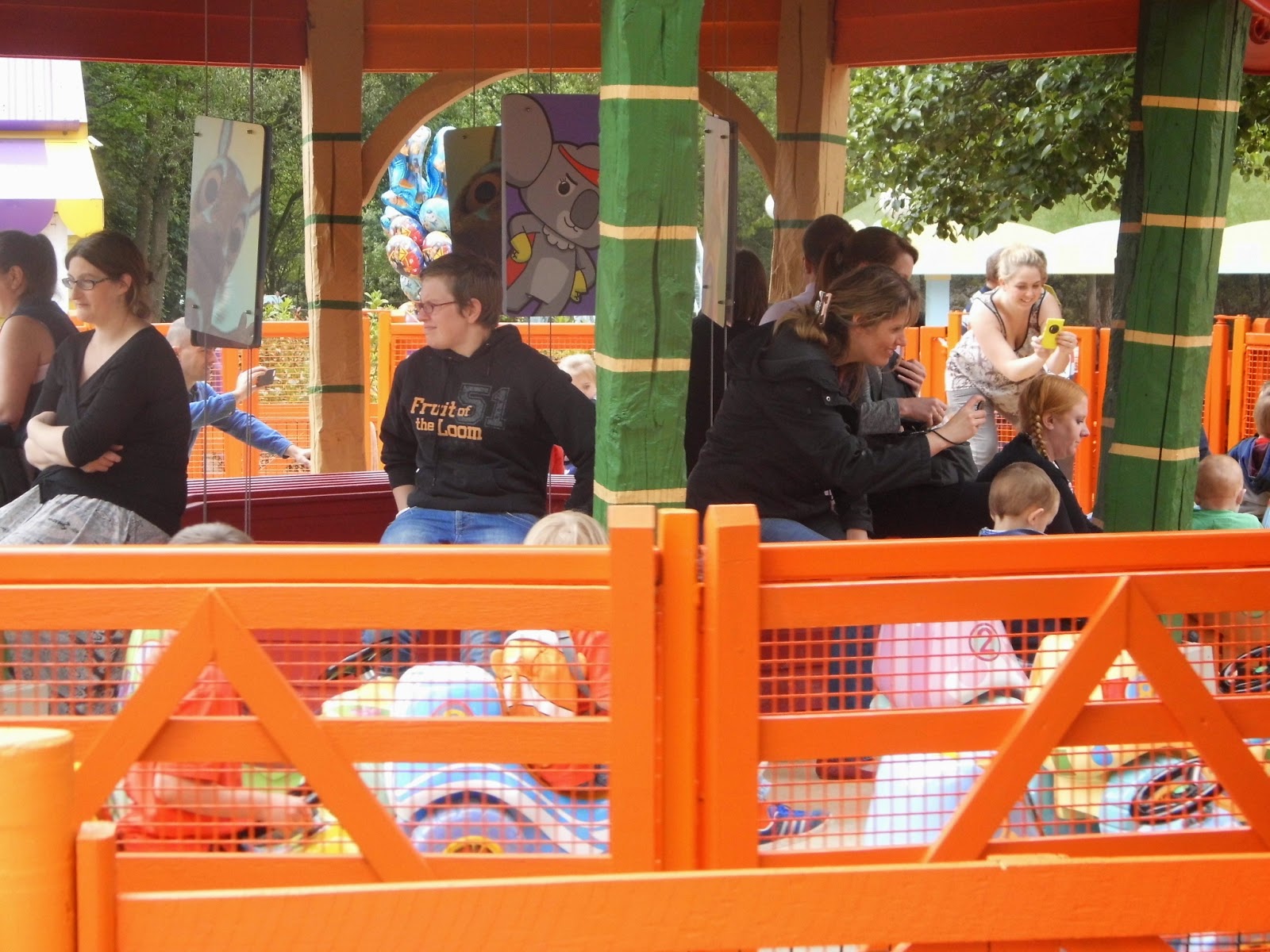 We then returned to Cbeebies Land where we (well I in the end) took the kids on the Postman Pat Parcel Post ride and the boys in Justin's House Pie-O-Matic factory and mummy took their boys on the Numtums Number Go Round and in Charlie & Lola's Moonsquirters & Green Drops and we took them all to see the Mike the Knight show and afterwards get their picture took with him and Evie which they loved doing. 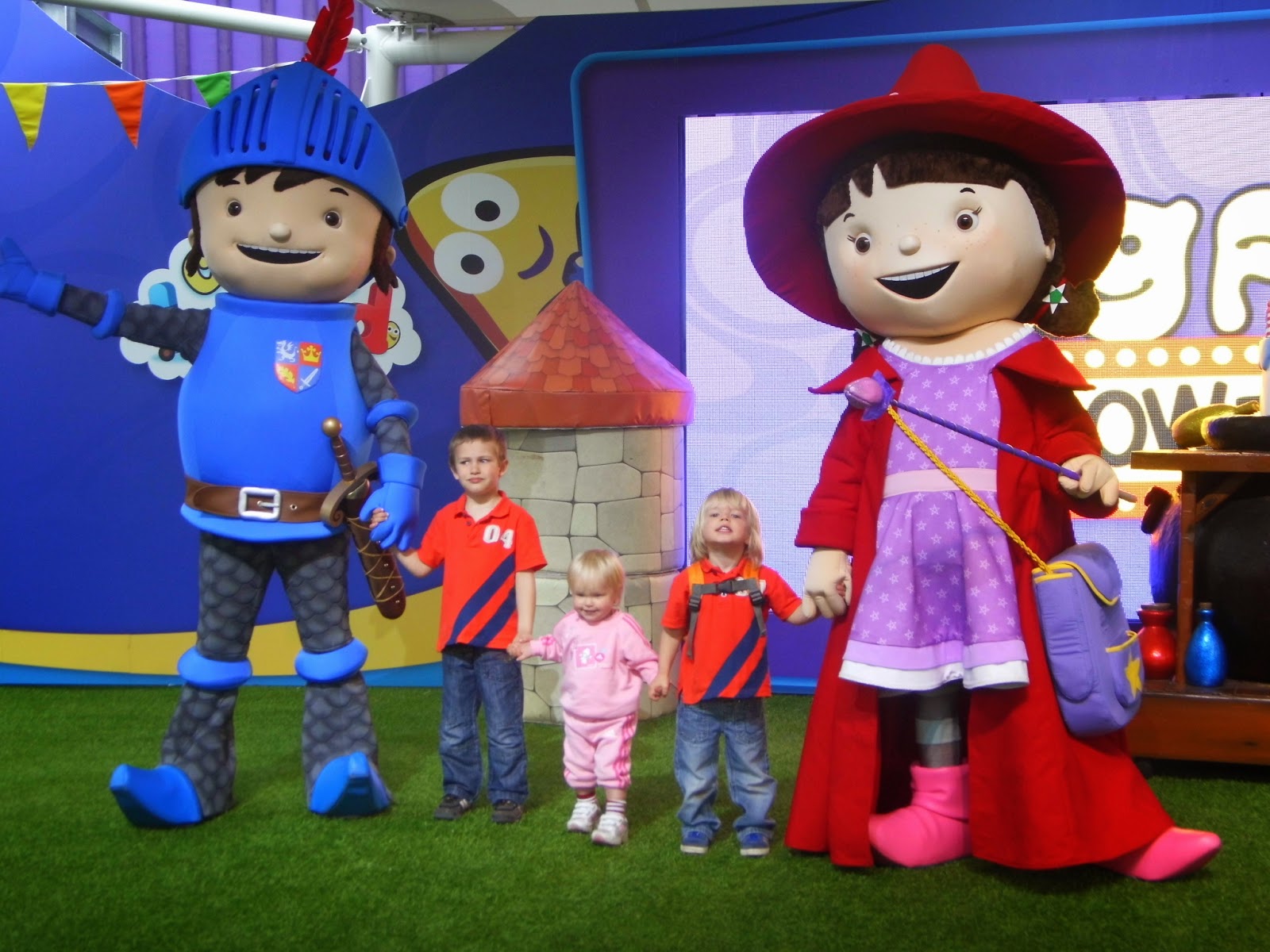 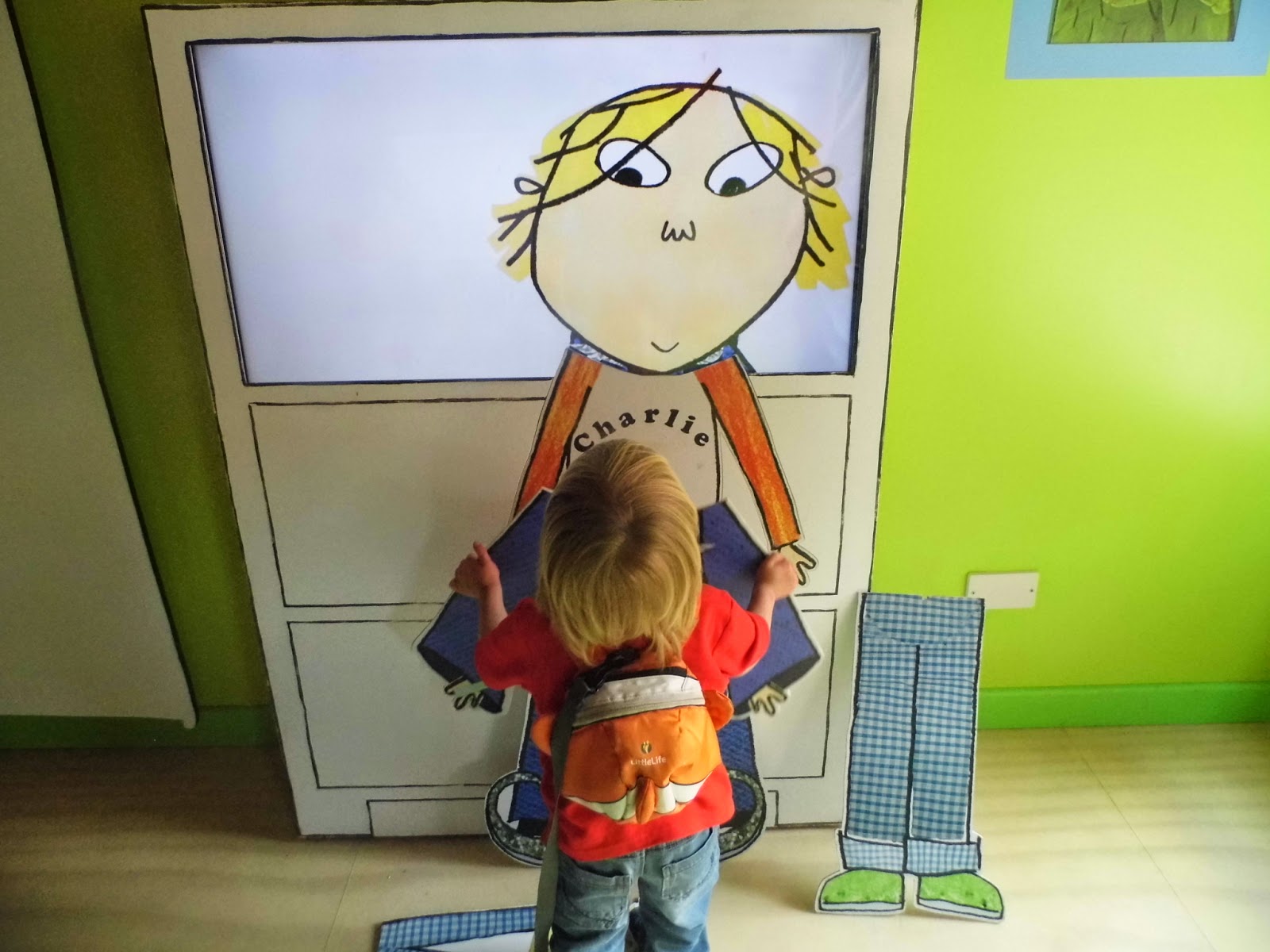 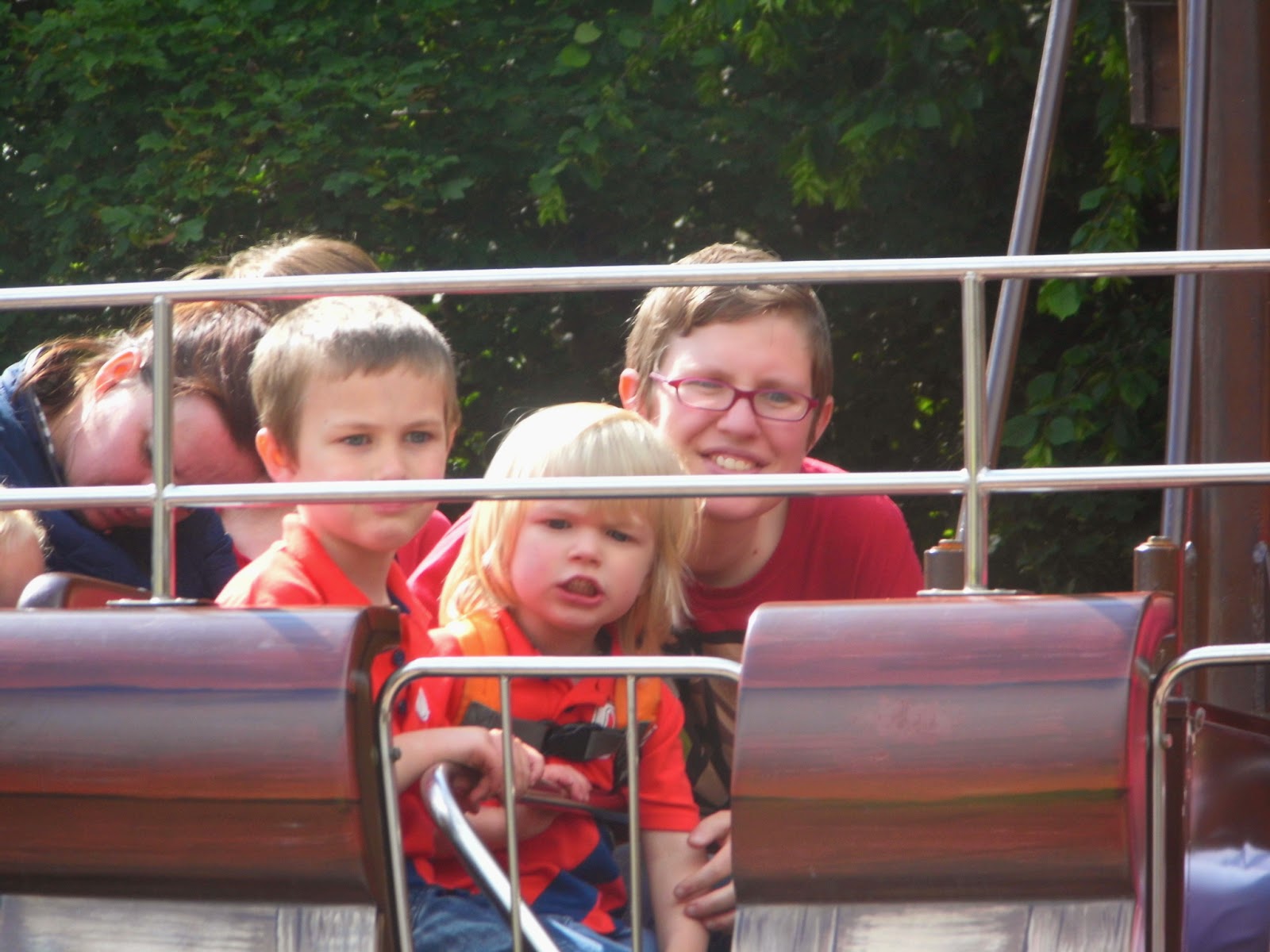 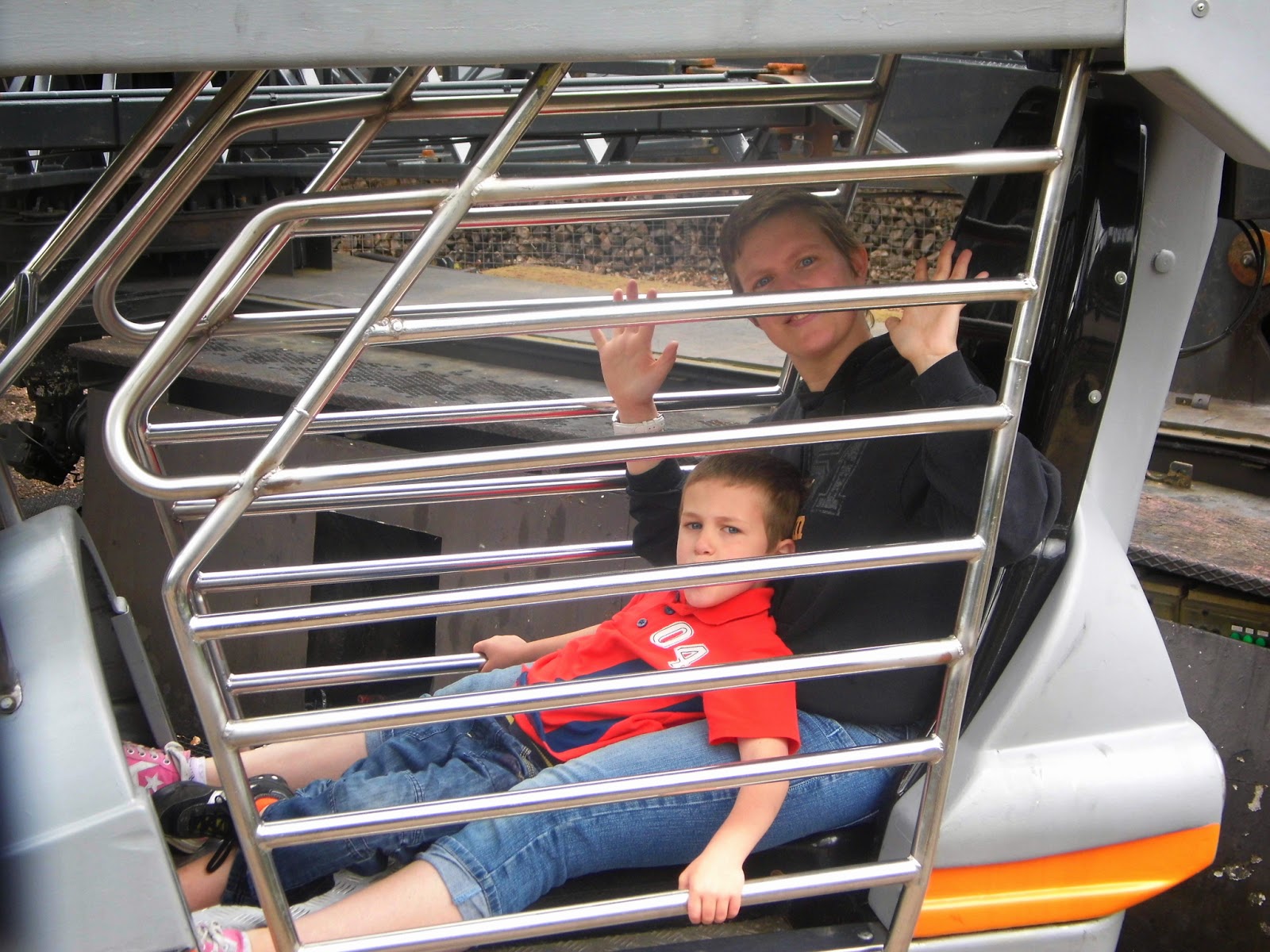 As the day was drawing to a close we tried to get on as many rides as we could now we (as in mummy and the boys could) as L-A was fast asleep. Mummy took them on the runaway mine train, the pirate ship, we all went on duel the haunted house strikes back, mummy took JR on enterprise and eventually took herself on Rita, Nemesis, Air and of course The Smiler so she was extremely happy. 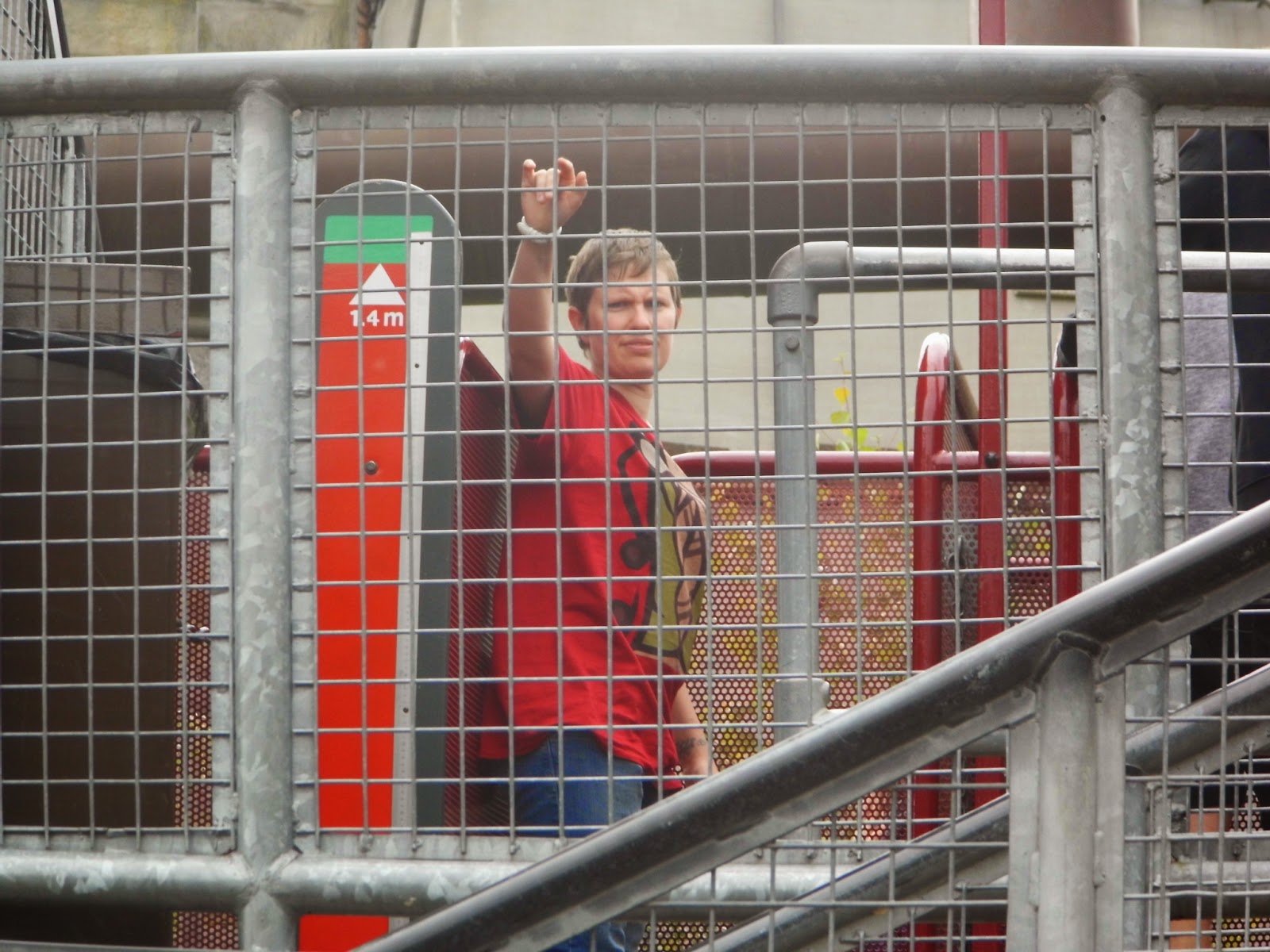 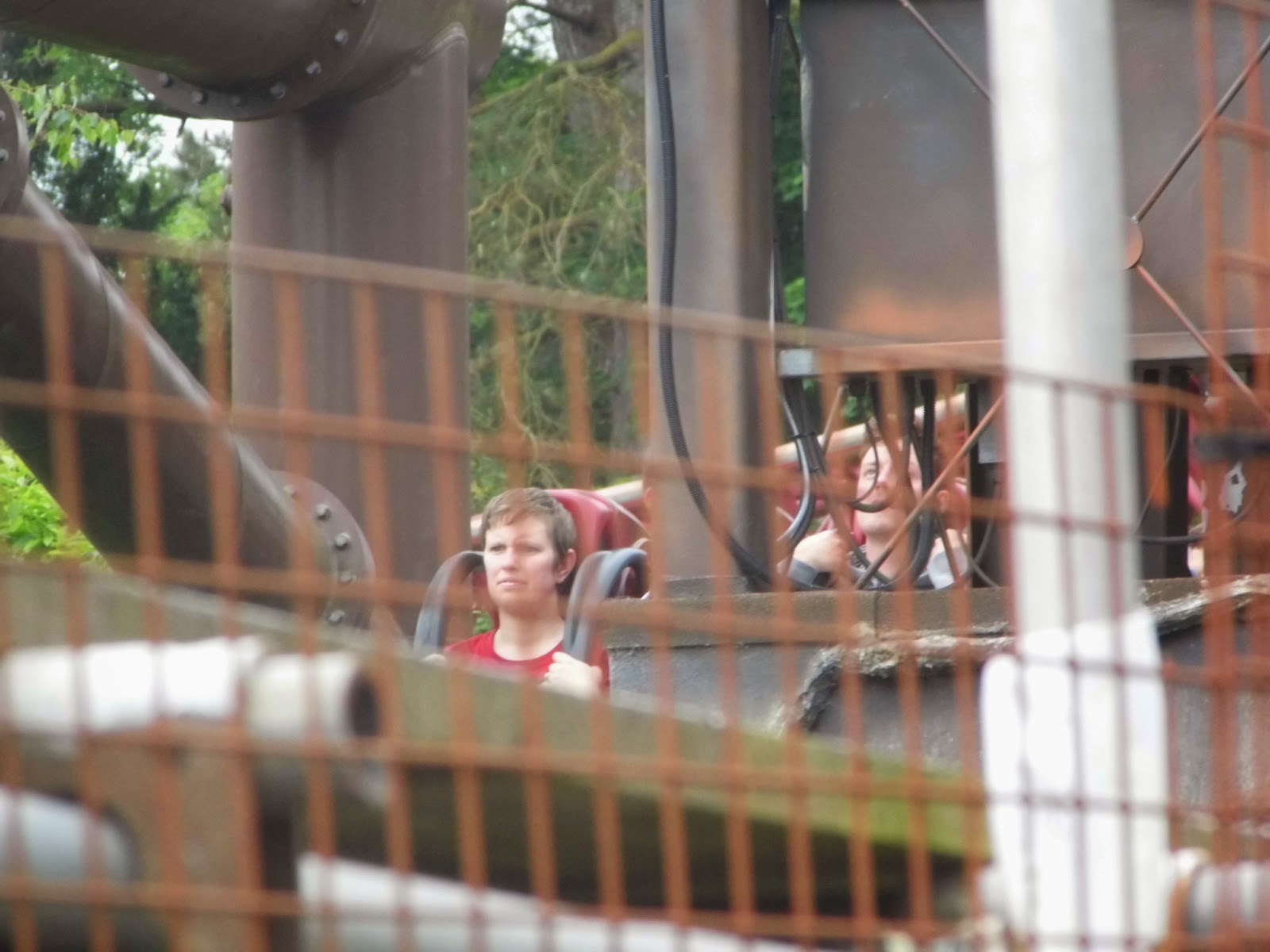 Well it was time to go the park was closing for another day, all in all it had been a great day out we'd all been on various rides for various ages lol and had mass amounts of fun and we can't wait to go back later in the year.

Linking up with Karen over at Let Kids Be Kids