My Visit to Valencia pt 1

On Wednesday and Thursday last week whilst on holiday in Benidorm visiting my brother he decided it would be fun to board a coach and spend them in Valencia.
I've never been on holiday to somewhere before and spend days somewhere else so this was going to be a new adventure for me and I was so looking forward to it.
I'm going to break down the two days at this point so it's not a massively massive post lol.
WEDNESDAY
Wednesday rolled round and we made our way up to the coach station to catch our coach to Valencia, although the coach station is only a handful of years old it's just been left to look horrible and abandoned which is such a shame as it has so much potential. 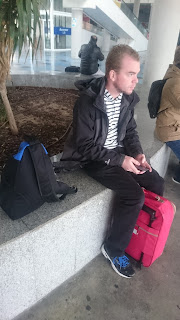 Anyhow we boarded our coach and began our hour and a half journey up the country to Valencia. 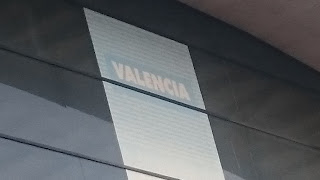 We eventually arrived and my brother planned our route to our hotel on his phone, "we need to follow the park all along here to the big Island then it'd just over there" he said pointing to his map, he made it sound so simple lol.
Well we followed this path along the park until we came to a very old Bridge with what looked like a castle at the end of it, obviously being intrigued we had to go and cross the bridge and investigate, it would of been rude not to lol. 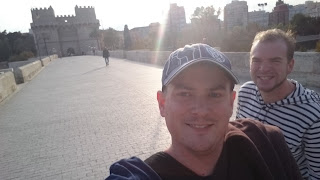 The bridge itself was a beautiful crafted piece of history which led up to an amazing old gate way to the old part of the city. 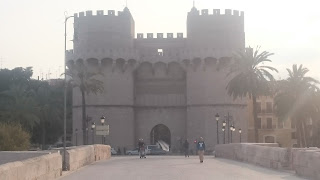 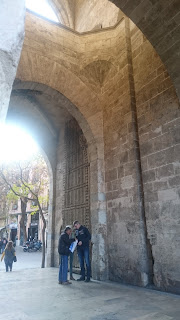 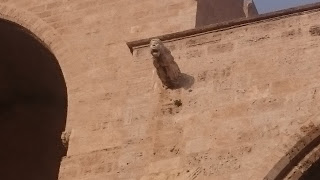 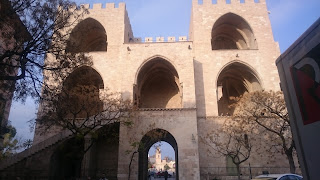 With its huge high walls and massive thick wooden gates, you can only but imagine the significance it once played in that part of the cities history.
Well we walked through the old streets and courtyards past many beautiful old buildings including some truly beautifully decorated centuries old churches until we came out onto a main road where in front of us stood a grand looking train station and only in Spain would this happen built next to it was a massive bull fighting arena. 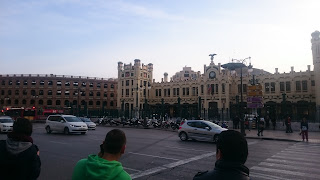 We followed my brothers map on his phone which led us down various streets and obviously at no point did we get lost {Hehe} until we came out at a massive eight lane road island where my brother informed me our hotel was over the other side of this crazy busy island.
Well we eventually crossed all the roads needed to get to our hotel, we checked in and crashed for a bit until it was time to make our way to the Mestalla, Valencia's ground to watch them play Lyon in the Champions League. (read about that here).
Well that was our Wednesday sorted now onto our Thursday adventures lol.
Posted by Unknown at 20:19