Outing To The Park

As the weather was so lovely on Tuesday afternoon my wife and I decided that instead of just sitting in the garden doing nothing we'd take our youngest two to the park.

We took the kids to as park close to where we live which has a junior play area and a big kids area too.

We firstly took them on the junior area where they ran free up and down the climbing frames, whizzing down the slides and learning how to kick their little legs properly to get height on the swings. 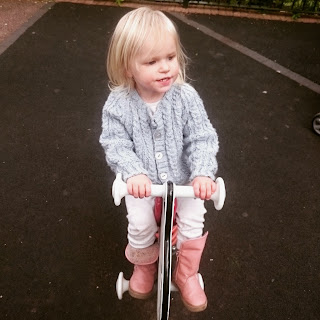 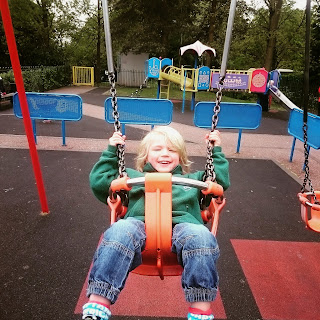 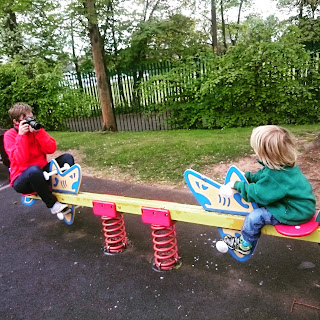 After a bit TP got bored in this area and wanted to show mummy the big kids area, so naturally Daddy agreed and we made our way there.

This area contains a cool dragon carved seesaw, individual metal bucket seat round a bout things (which make you feel very dizzy once you get off them), a big hammock like swing which you can lay down in and a awesome climbing frame/assault course which the kids and I loved going on. 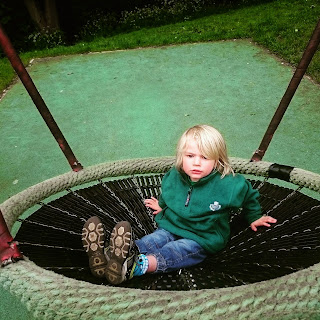 Once we'd err I mean the children had finished playing we decided to go and get the bikes from the car and let them have a ride round for a bit. They rode passed a group of men playing lawn bowls which they just had to stop and watch.

We took a lovely walk round the park and it's lovely gardens, the kids whizzing along on their bikes saying hello to everyone and anyone they passed on there way.

We took a pit stop and sat in a lovely little area filled with bright flowers of every kind, also the path here was oval in shape which was great for the kids as they tried racing each other round it, I say tried TP just zoomed off and kept leaving poor L-A behind.