I am linking this post up with the lovely Charly Dove and her
wonderful Alphabet Project.

As Britmums 2015 is fast approaching I thought I'd use a  photo from Britmums 2013 of when I took the boys round London whilst mummy attended Britmums. 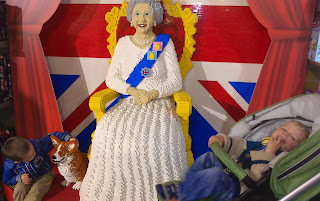