On Saturday 11 October we took the kids a to the Lowry in Manchester for the Cbeebies fun day and recording of Peter Pan this year's Christmas Panto.

My wife along with a few others we know had applied for panto tickets online earlier in the year but we were all unsuccessful in the ballot draw. I last heard that the lowery had 3,000 seats and over 100,000 applicants applied for tickets.

Although we were unsuccessful in the pursuit of tickets we decided we'd still go up to the lowry as they were putting on a cbeebies fun day with various activities being run for children of all ages to participate in and what's more they had two large screens where the panto was being beamed live on to, so with or without tickets the kids were going to watch the panto.

We got to the lowry bout 10.10 and Alex Winters and Dr Ranj were already on the stage entertaining the boys and girls gathering in front of the main stage, as we made our way to the stage area my OH bumped into her friend Katie they had a quick catch up chat whilst the kids watched Alex and Dr Ranj do the banana song. 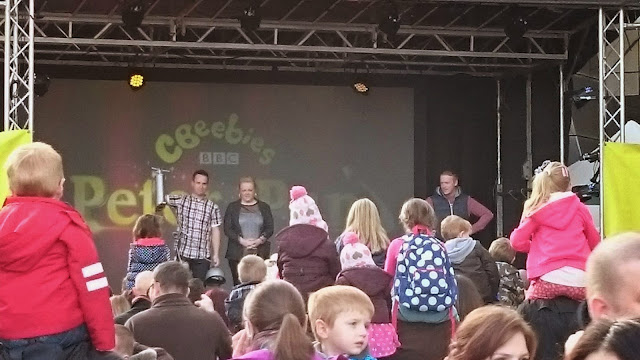 After the boys watch this and also joined in with the singing and dancing we then walked round the activity tents where the boys made pirate hats and took part in some science activities, 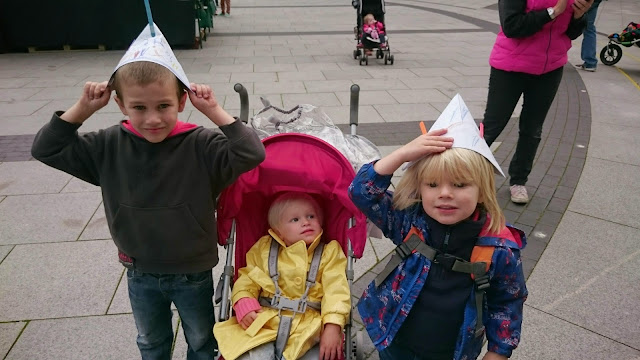 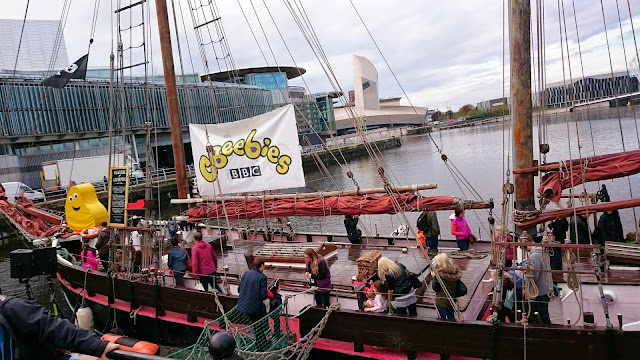 and we wandered over to media city where the boys had their picture took with the TARDIS. 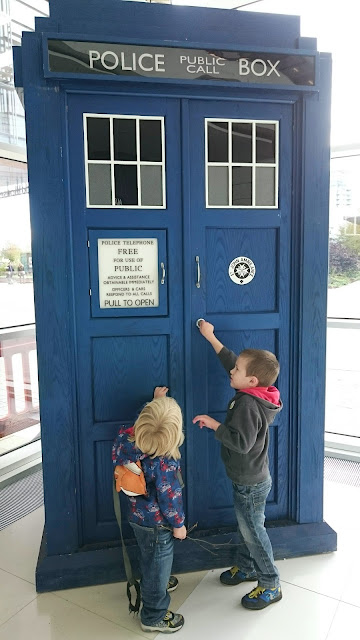 After this and a further bit of wandering round the activity tents the OH took the boys to see the first recording of the panto, whilst they did this is took a walk over to Old Trafford. She had been lucky enough to get some tickets through being on the reserve list and thankfully her patients paid off and she got some tickets eventually. 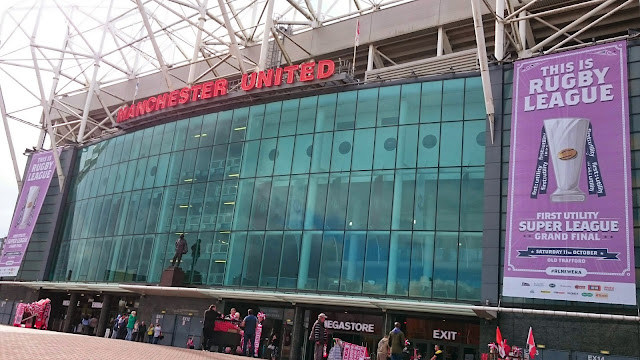 Later that evening St Helens were playing Wigan in the Super League Grand Final and as my brother is a St Helens fan wanted me to get him a programme. 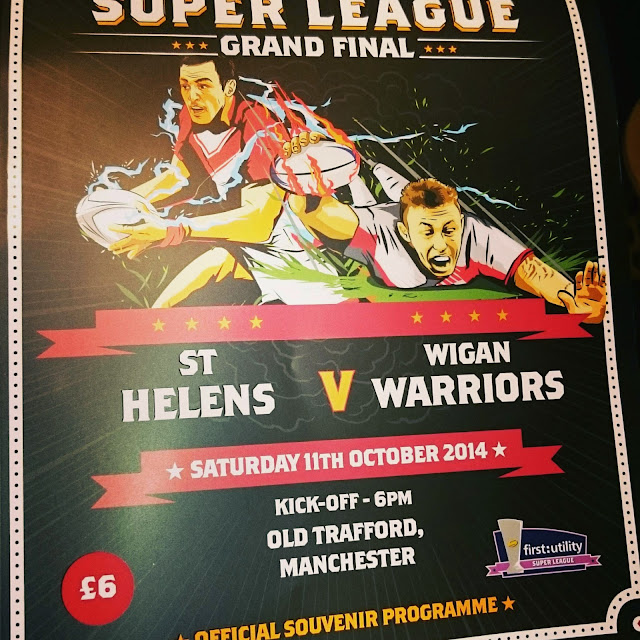 I had a wander round Old Trafford to see what a rugby match day was like and to be honest not much different to a football one lol with fans meeting up to cheer their respective teams on and merchandise sellers all over the place selling flags and whistles etc.

I brought my brother his match day programme and pushed L-A round to soak up the atmosphere, we walked through the Munich tunnel and I saw this sign and had to ask my brother and his friend Amanda who are both avid St Helens fans which direction I should go in ( I'm too polite to repeat his response lol. 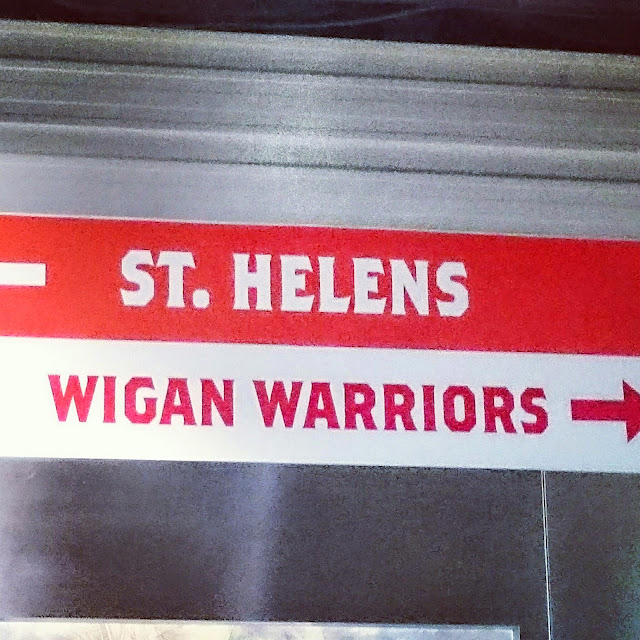 When we came out of the tunnel we stopped to watch some army personnel roll up the two teams flags ready to parade to the fans before the game.

Before we left we brought the kids a Subway for a late lunch then made our way home.