Well this scenario was exactly how 90:10 was created by Dan and Paul over a few beers in their local pub in the summer of 2013 (read the whole story here). A daft conversation under the influence was underway when Dan suddenly said, "When it comes to having to admit that I am now a grown up, I will go 90% but no higher".... He joked that he would get this tattooed on his forehead as a statement of self expression prompting Paul to propose printing it on a T-shirt instead .... A bit less drastic! Dan then decided that this statement should be symbolised as 90:10 .... 90% Grown Up .... 10% Not!

Well after a few days of the concept of the 90:10 brand buzzing round Dan's head he took the full idea to Paul and with his guidance as Paul worked in the clothing industry. With blood, sweat and tears the brand 90:10 was brought to life.

Dan is quick to point out that having an innovative brand message is one thing, but it needs to be married to stylish clothing that is well made which in turn is then delivered to the customer at the right in an environmentally responsible way.

When I was approached about working with this brand I was really interested to be honest, the whole story behind the development of the brand intrigued me. A brand developed from a conversation had whilst two guys sat drinking round a table in a pub how fantastic I thought, not only that but I totally get the 90:10 logo as a working dad of three I too am 90% Grown up and 10% Not.

The signature 90:10 hoodie I was sent for review has the 90:10 logo embroiled on the chest. It is made from 100% pure organic cotton and it features a double kangaroo front pocket. 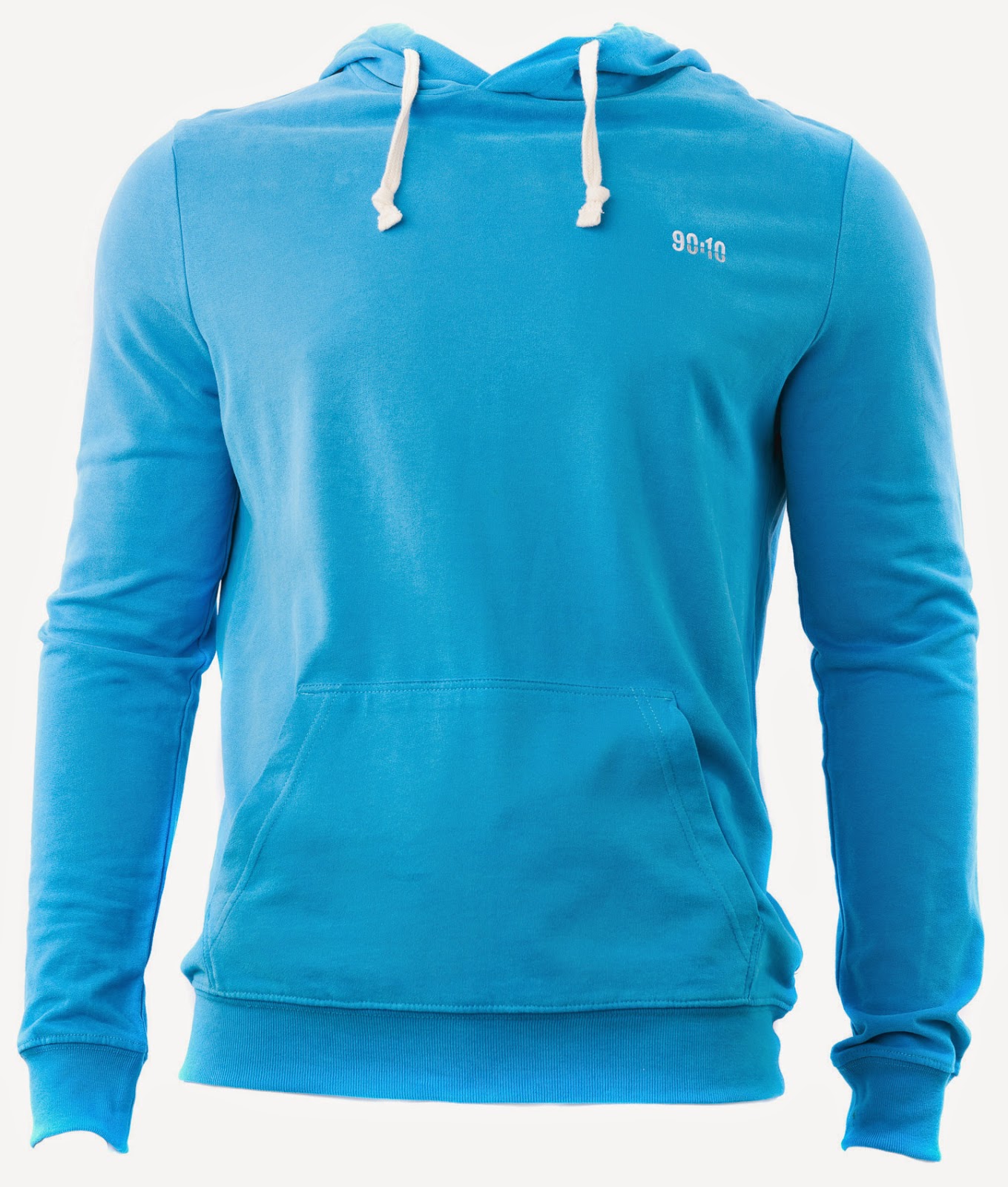 The hoodie is priced up at £42.00 including free delivery, to be honest that for me to spend on a item of clothing is expensive but I'm not a fashionable guy and my children have more branded clothes then I do as I normally but cheaper versions but saying that this hoodie is a quality made casual smart item that is worth its price tag.

You can also pop over and visit their Facebook page here too.

All the views and options on this post are mine.