On Sunday we went on a family day out visit to Cadbury World. 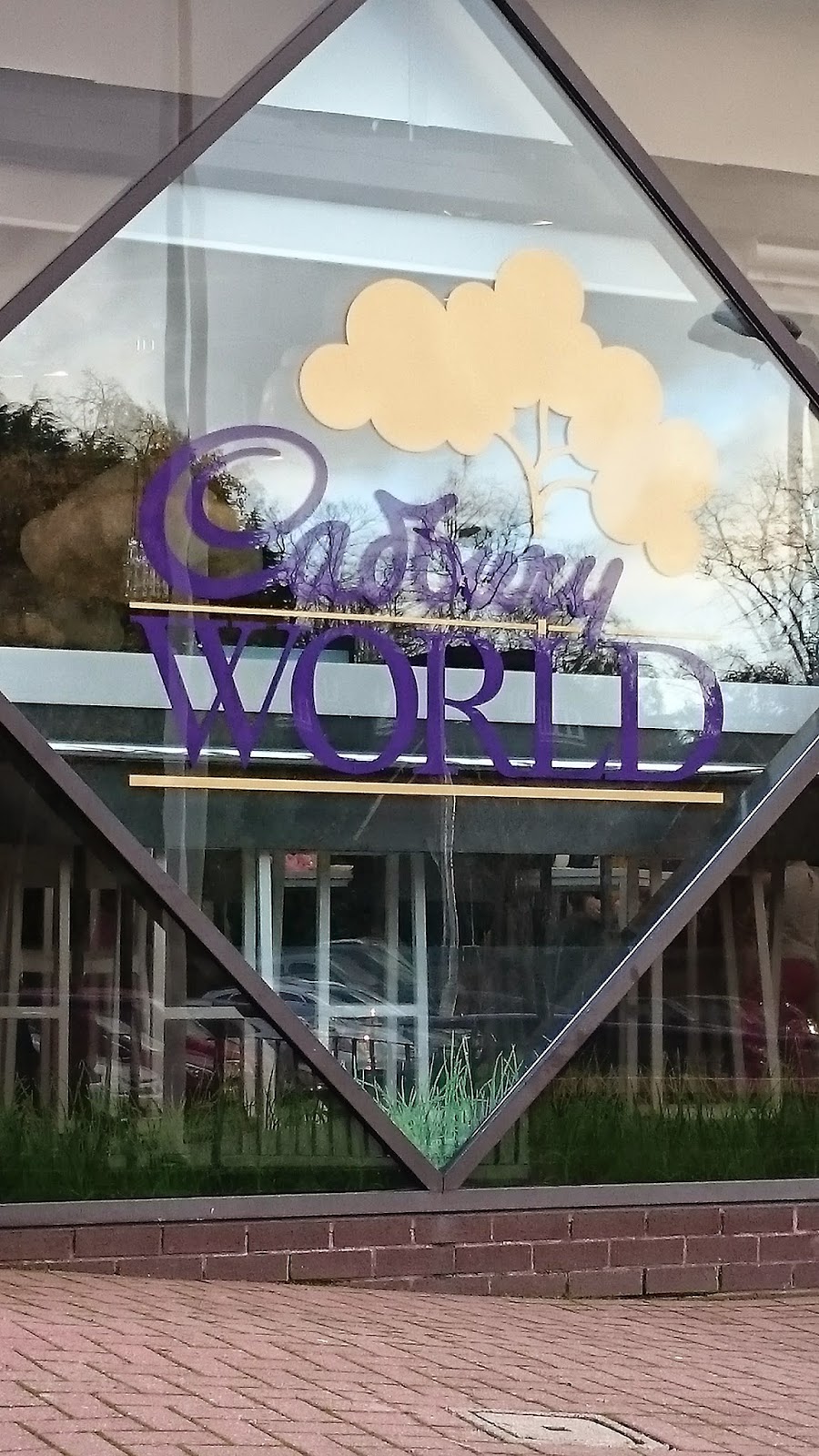 Well I might of forgotten to mention it was a bloggers event my wife had been invited to called A Cadbury World Xmas.

Well we arrived at Cadbury World and meet up with many others bloggers including Erica, Zoe and Eileen to find out what was in store for the day ahead. 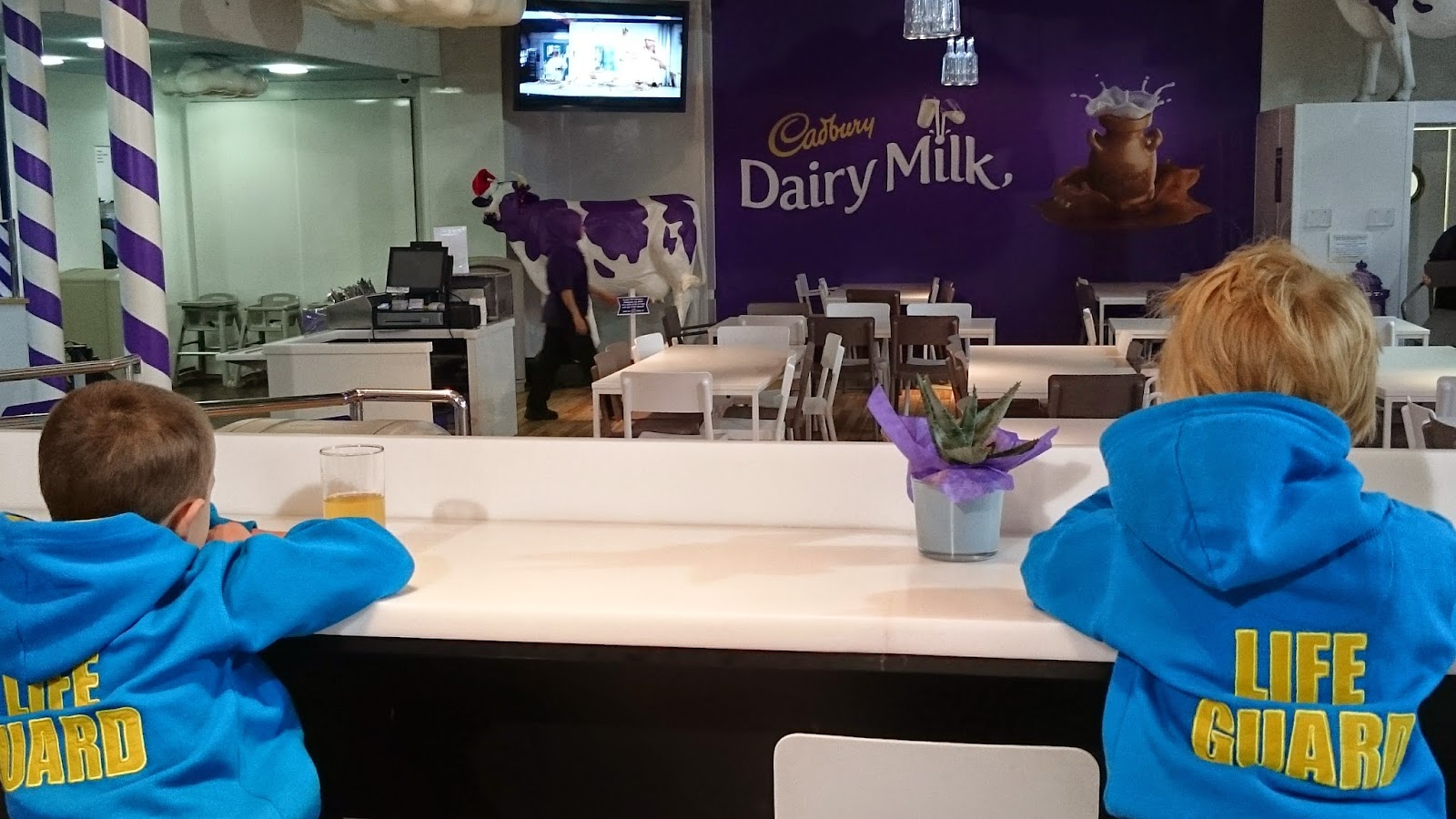 Our first port of call was a visit to see Santa, the kids were so excited. We queued up with everyone else awaiting to see the main man himself. Once inside his grotto the kids told him what they wanted for Christmas and how good they were going to be (that I'll wait and see lol) then we had a lovely family photo with Santa, wouldn't you agree? 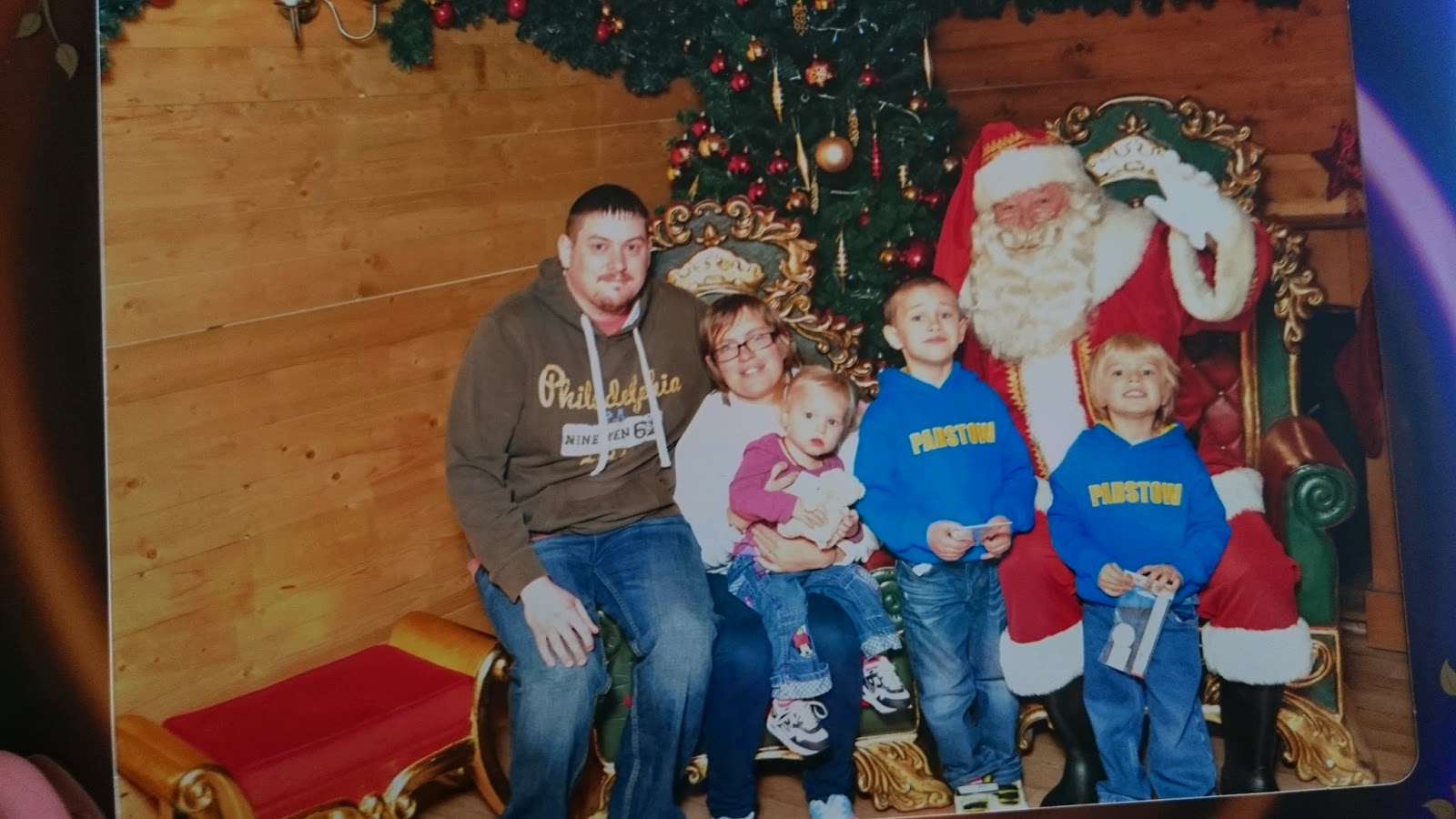 Our next activity was the new for 2014 4D chocolate adventure ride.

This we all really enjoyed, you join freddo and other iconic Cadbury chocolate characters like the caramel bunny and Mr Cadburys parrot and go on a fabulous 4D journey through Cadbury World. 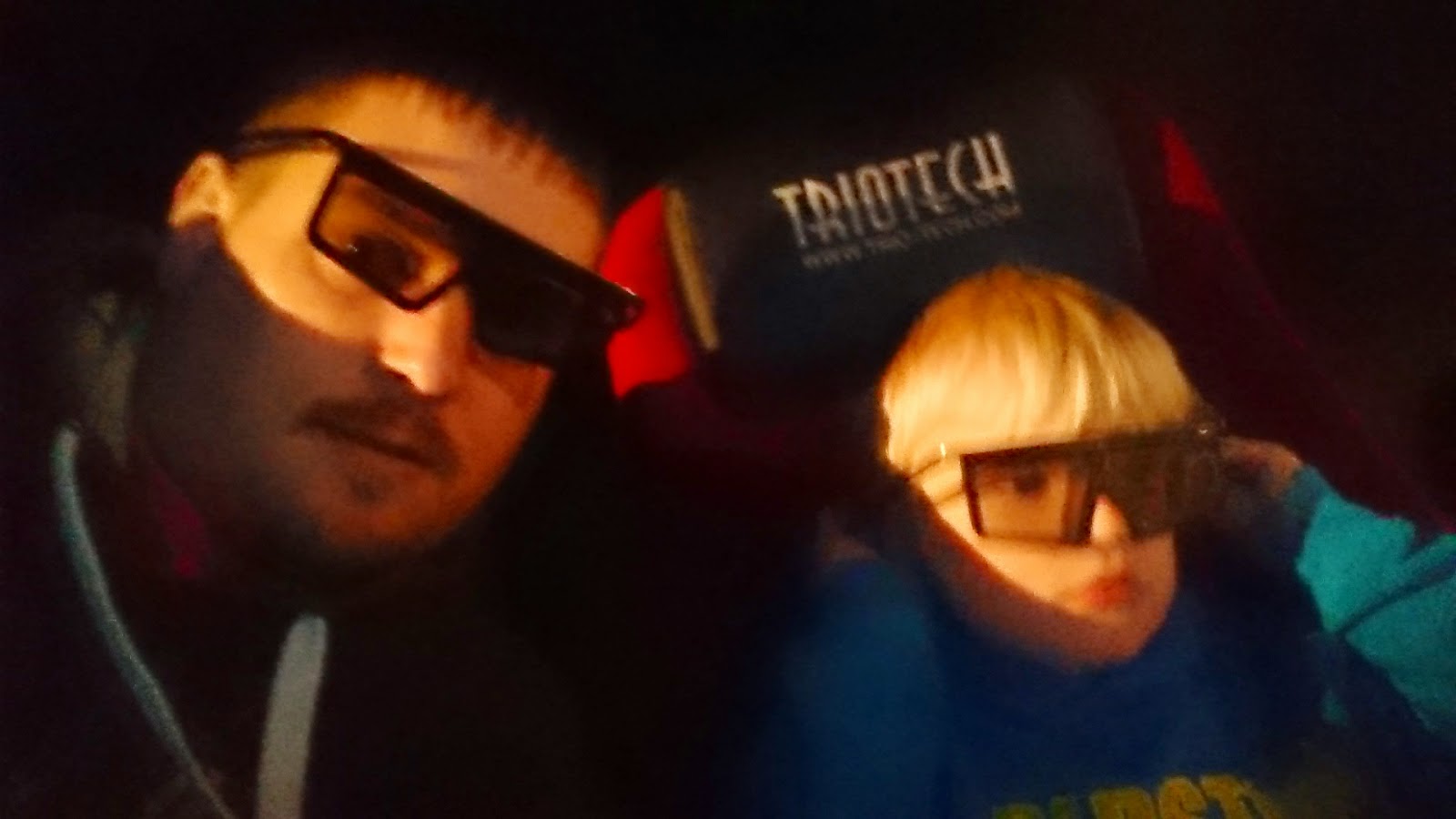 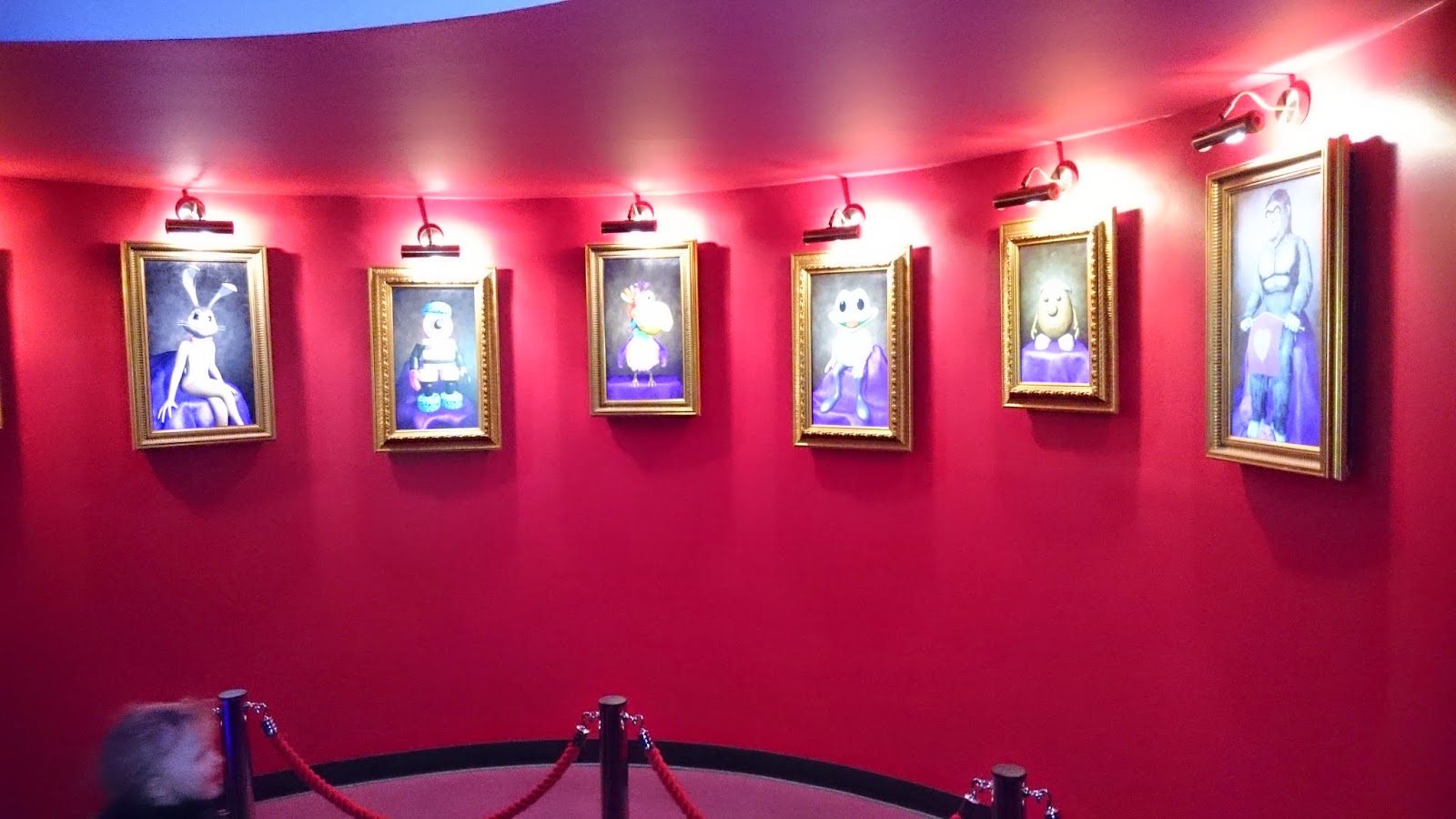 We then stopped for a spot of lunch. 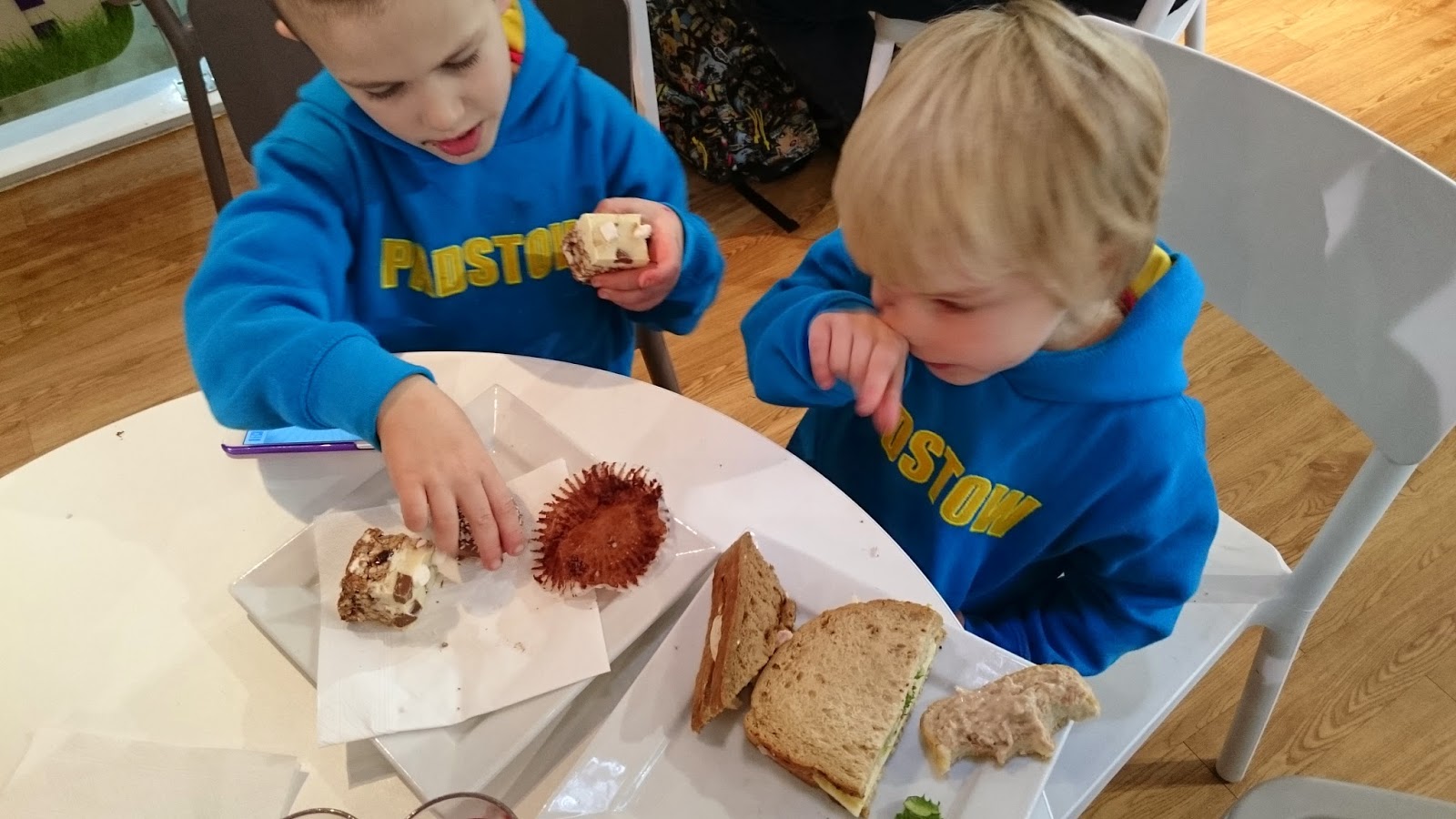 One point I must make here regarding lunch, my daughter is on a dairy free diet due to early childhood illness and the events team and cafe staff couldn't help us enough to be honest. They made here a plate of non buttered sandwiches, a bowl of tomato paste and a bowl of mixed fruit which was very very kind of them. 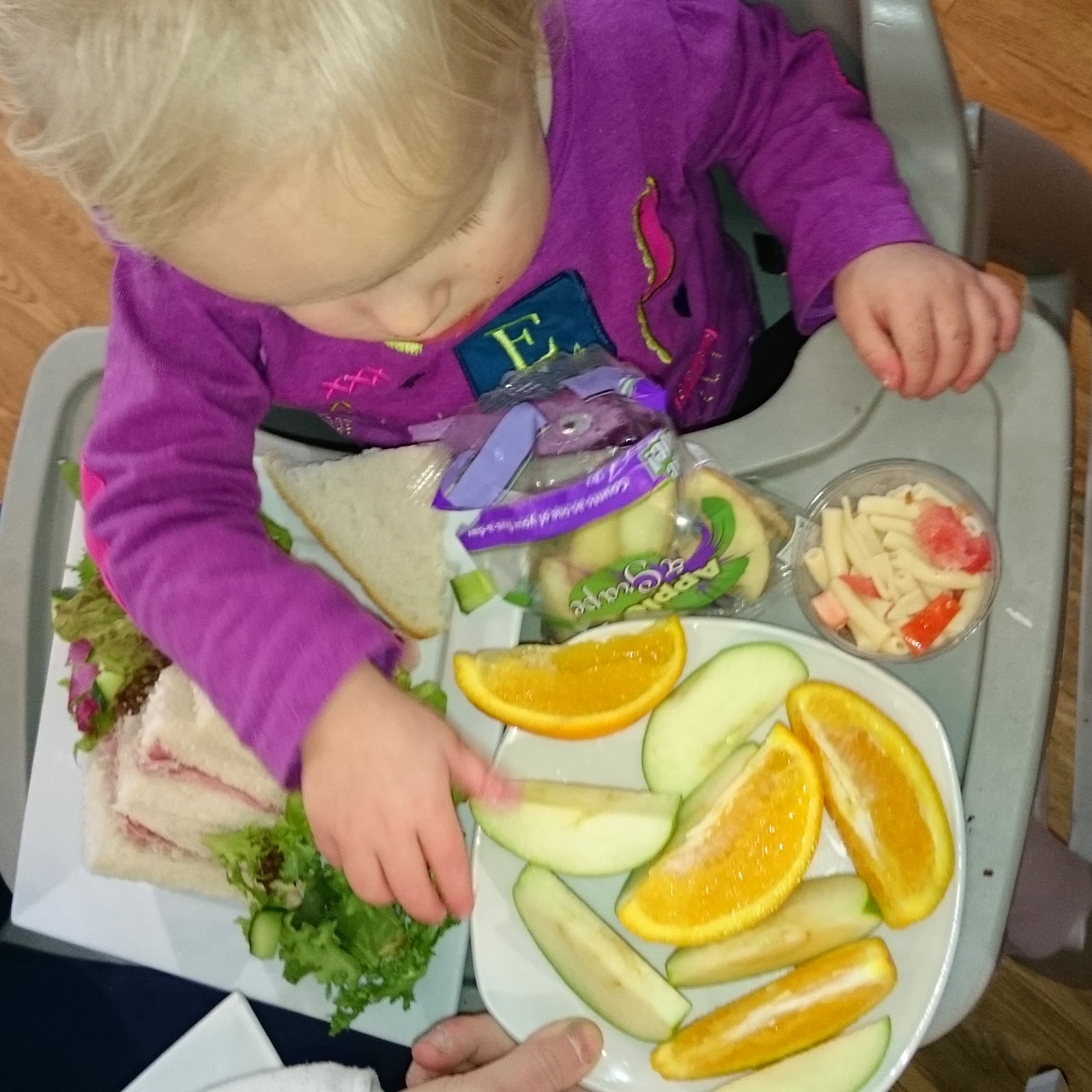 Well after lunch we went to pantoland, well ok a marquee outside by the African adventure land but it soon became pantoland lol. 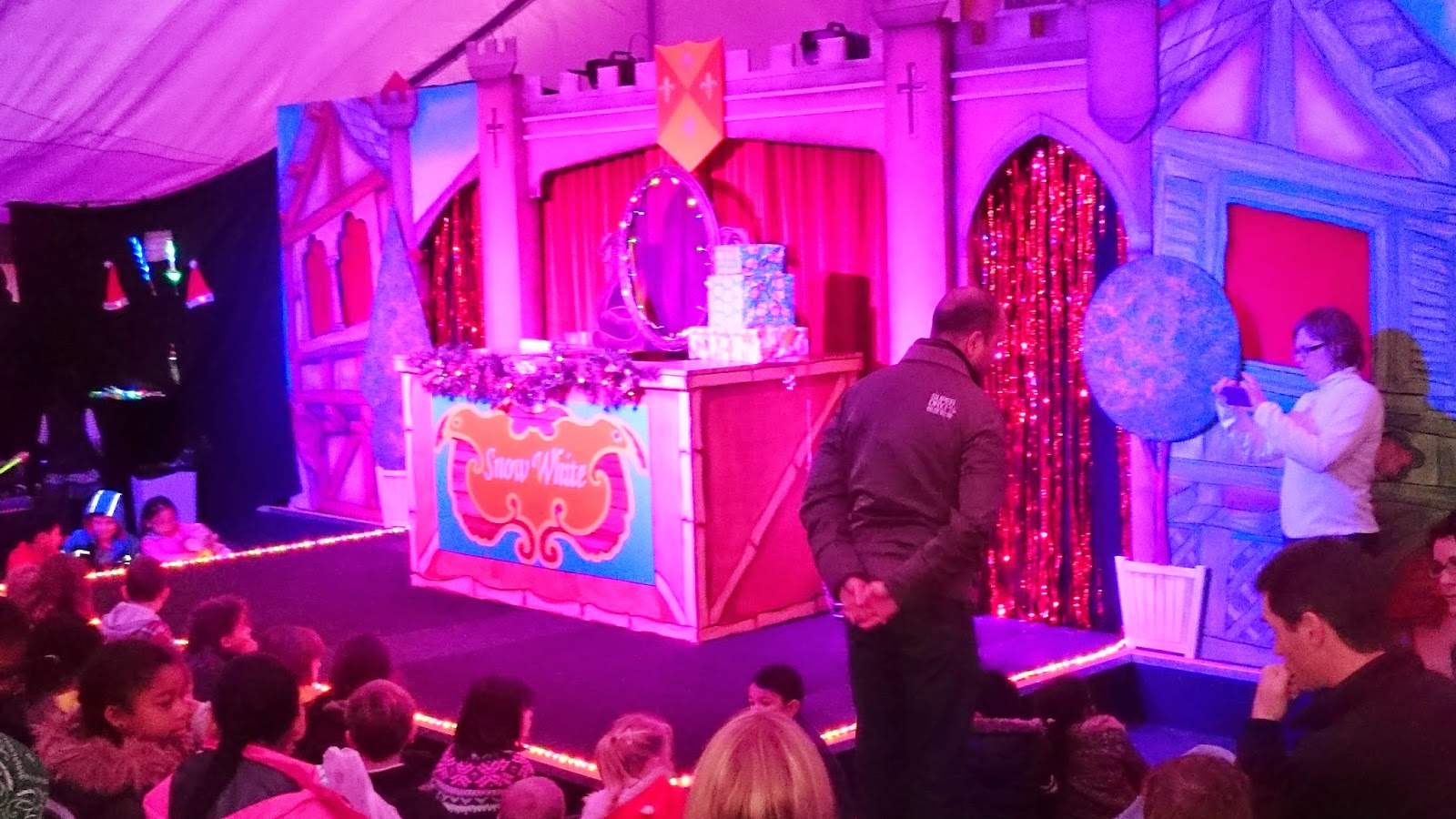 The children were invited to stay behind after the show ended to have photos taken with the cast which everyone enjoyed. 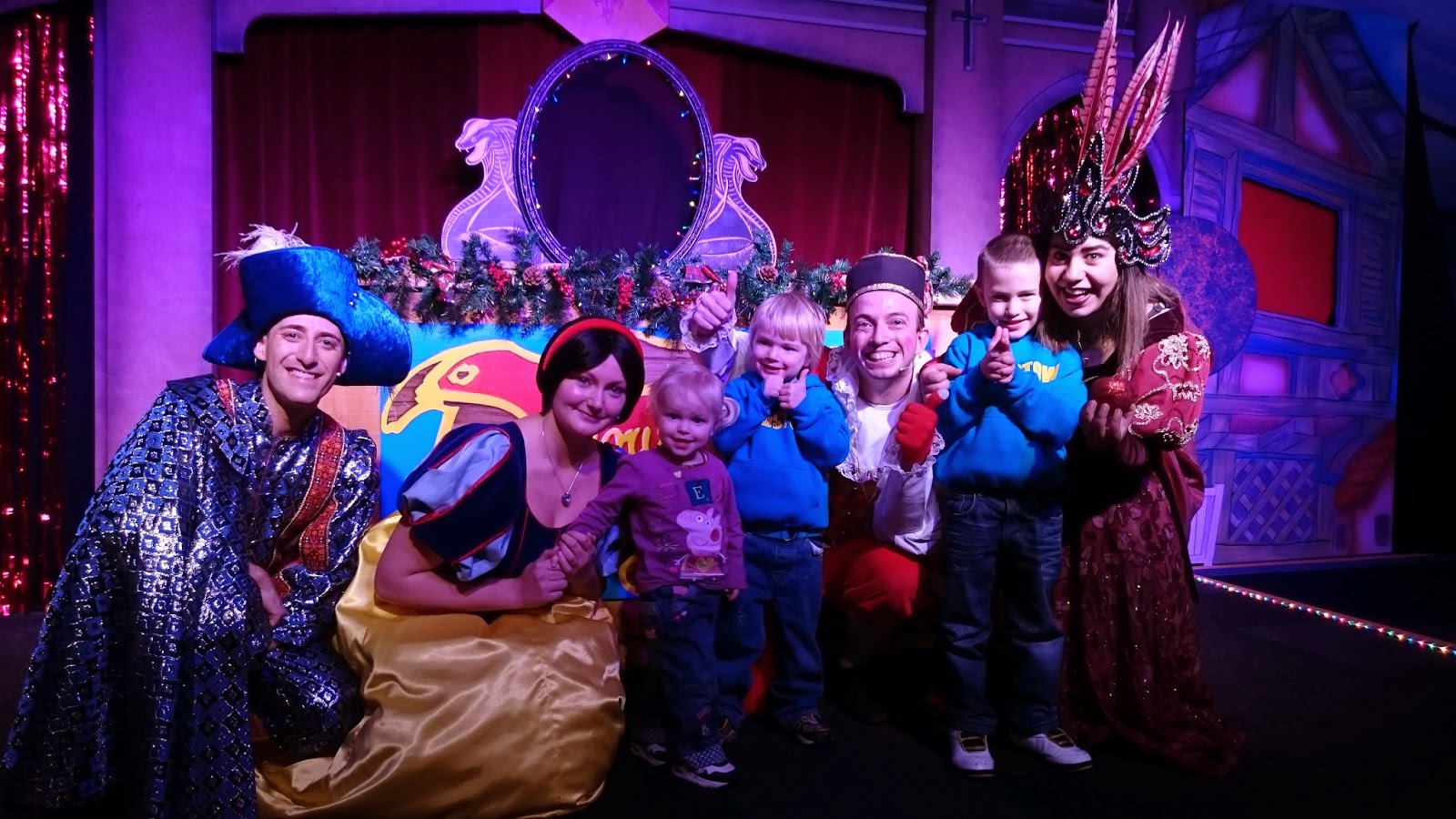 Now we were given our own time, to do with what we wanted at our own pace, so we decided to do the Cadbury World experience tour.

If you haven't been before I won't go into too much detail so not to spoil it, but you go on a tour right from the very beginning of when and where from cocoa beans were brought to Europe, learn about how chocolate was introduced to the societies of Europe and in turn learn all about John Cadbury and story behind the chocolate we today know at Cadbury chocolate. 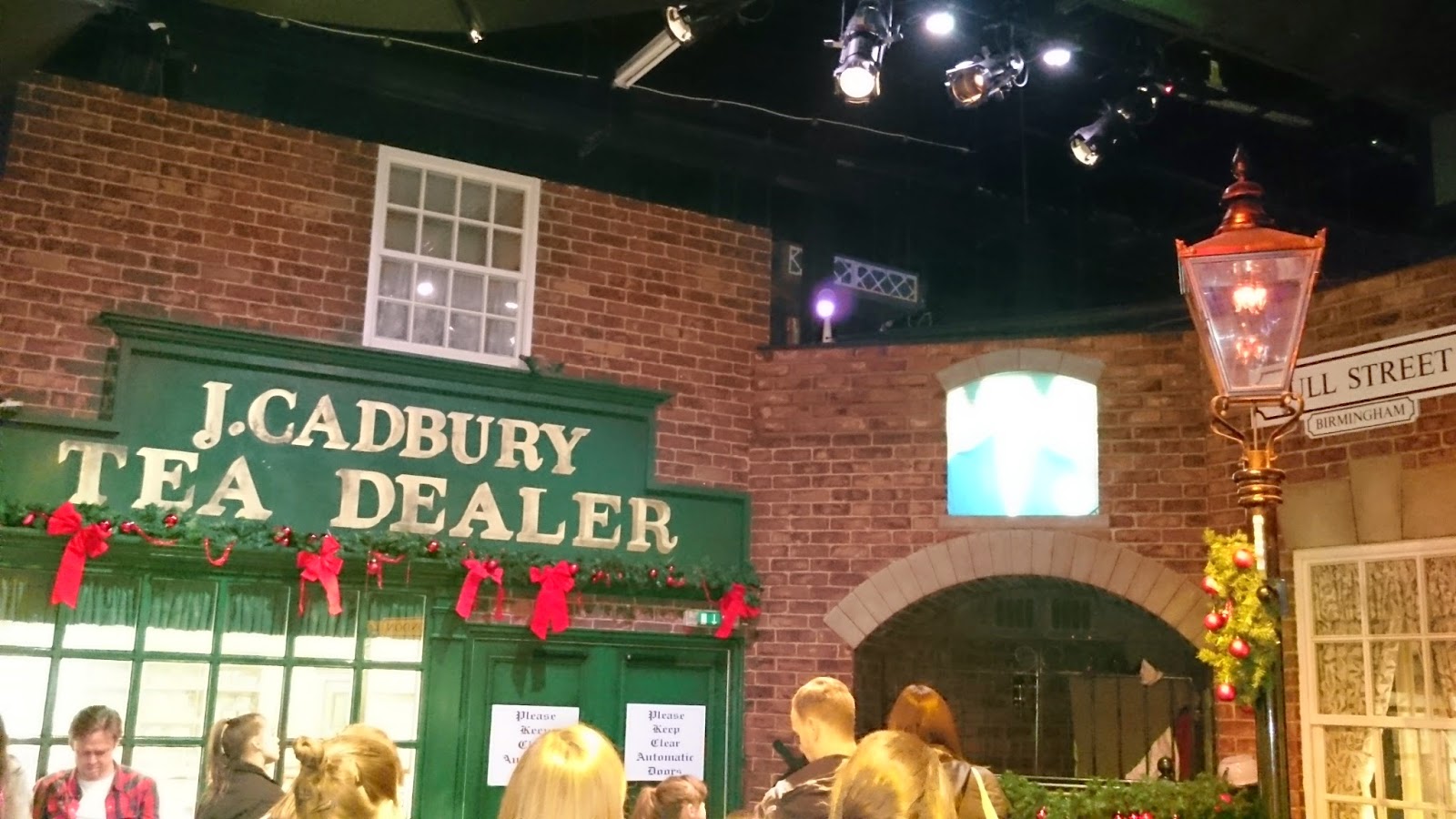 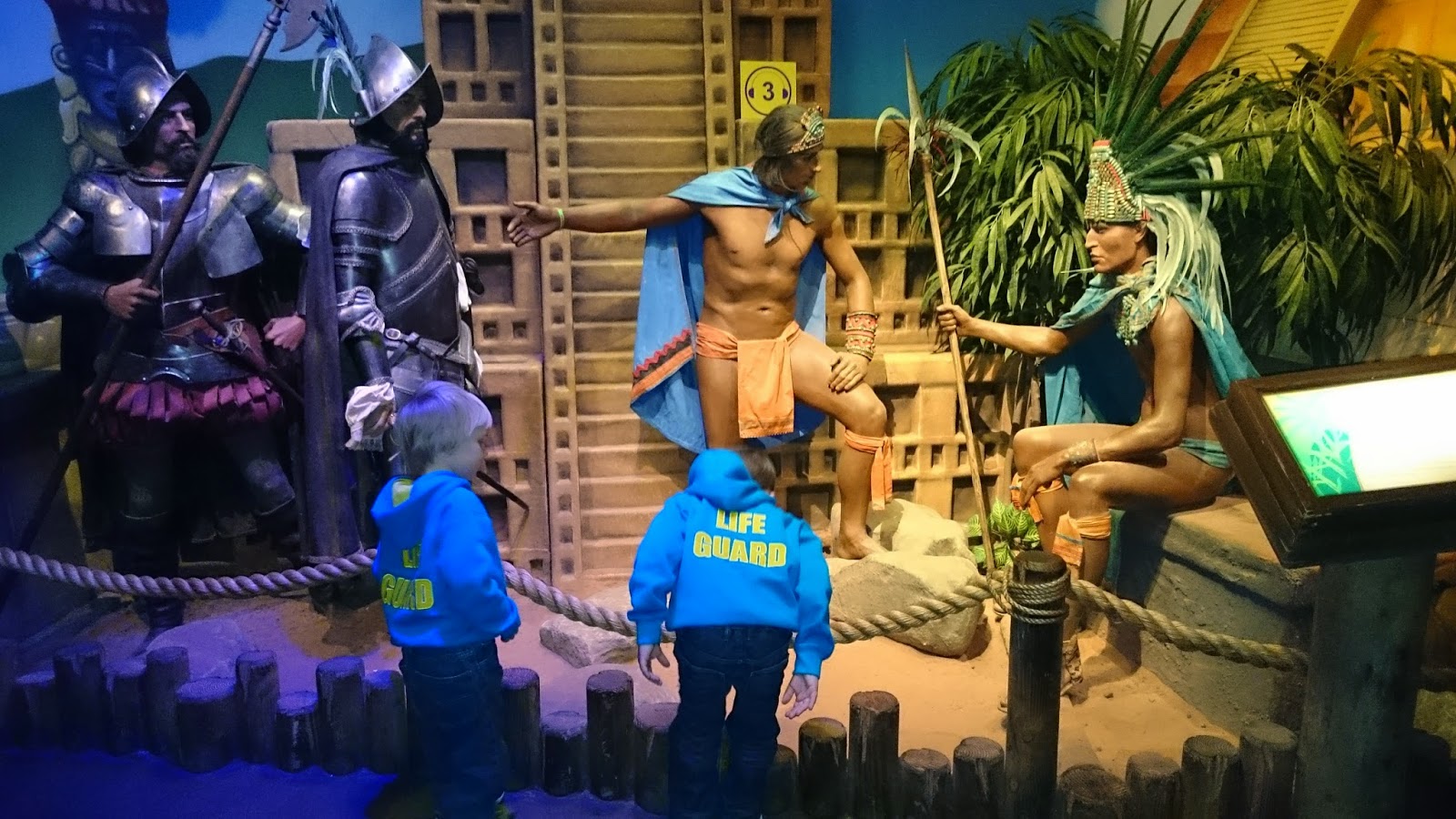 The next part of the experience sees you going on the factory tour where you'll learn about packaging, moulding of years past, along the way you get to taste melted chocolate with toppings of your choice which is fun for all the ages, be taken through the advertising years of Cadbury chocolate and if you're like us you'll stand there and straight away go "I remember that advert" or go "that advertisement wasn't that many year's ago was it? I feel old now lol". 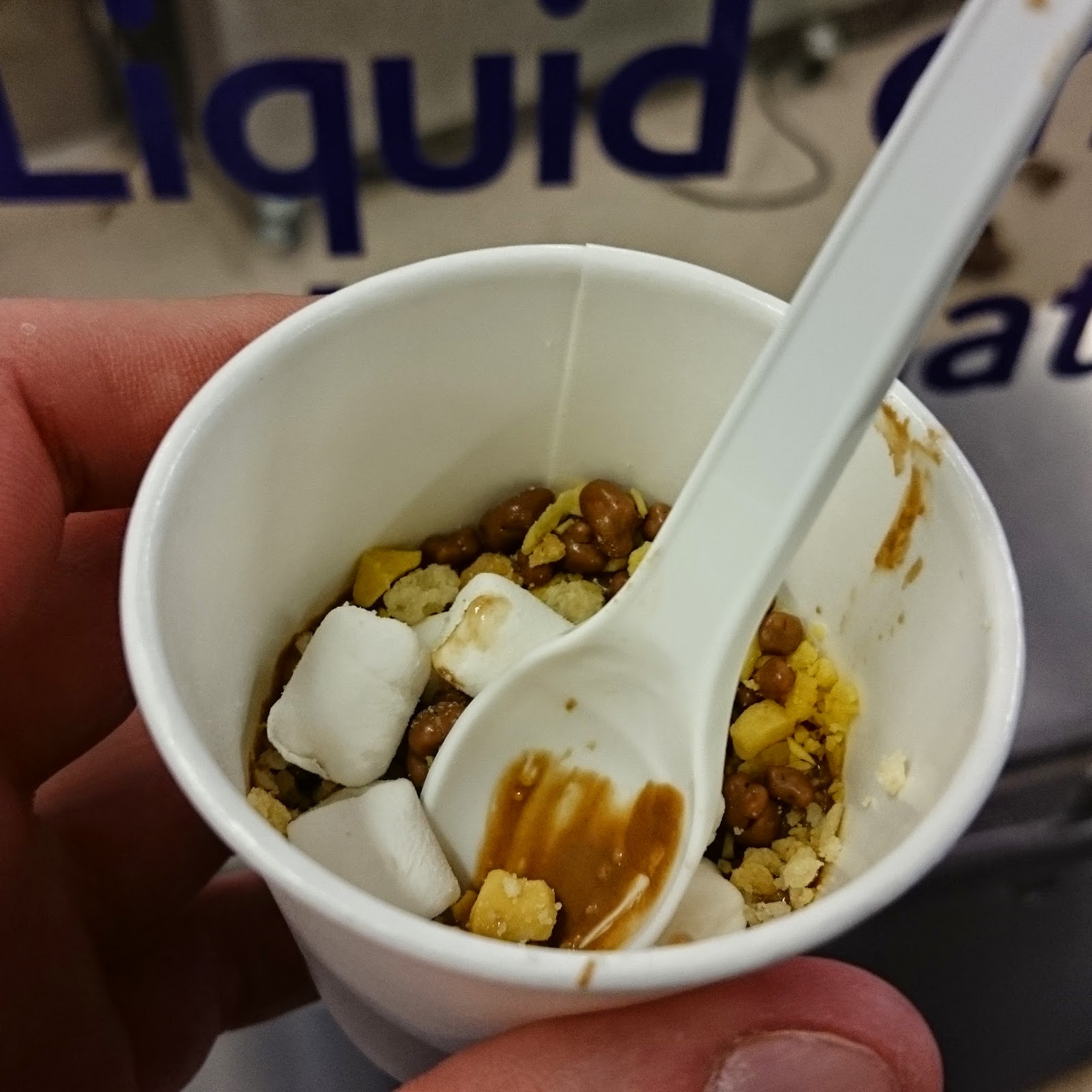 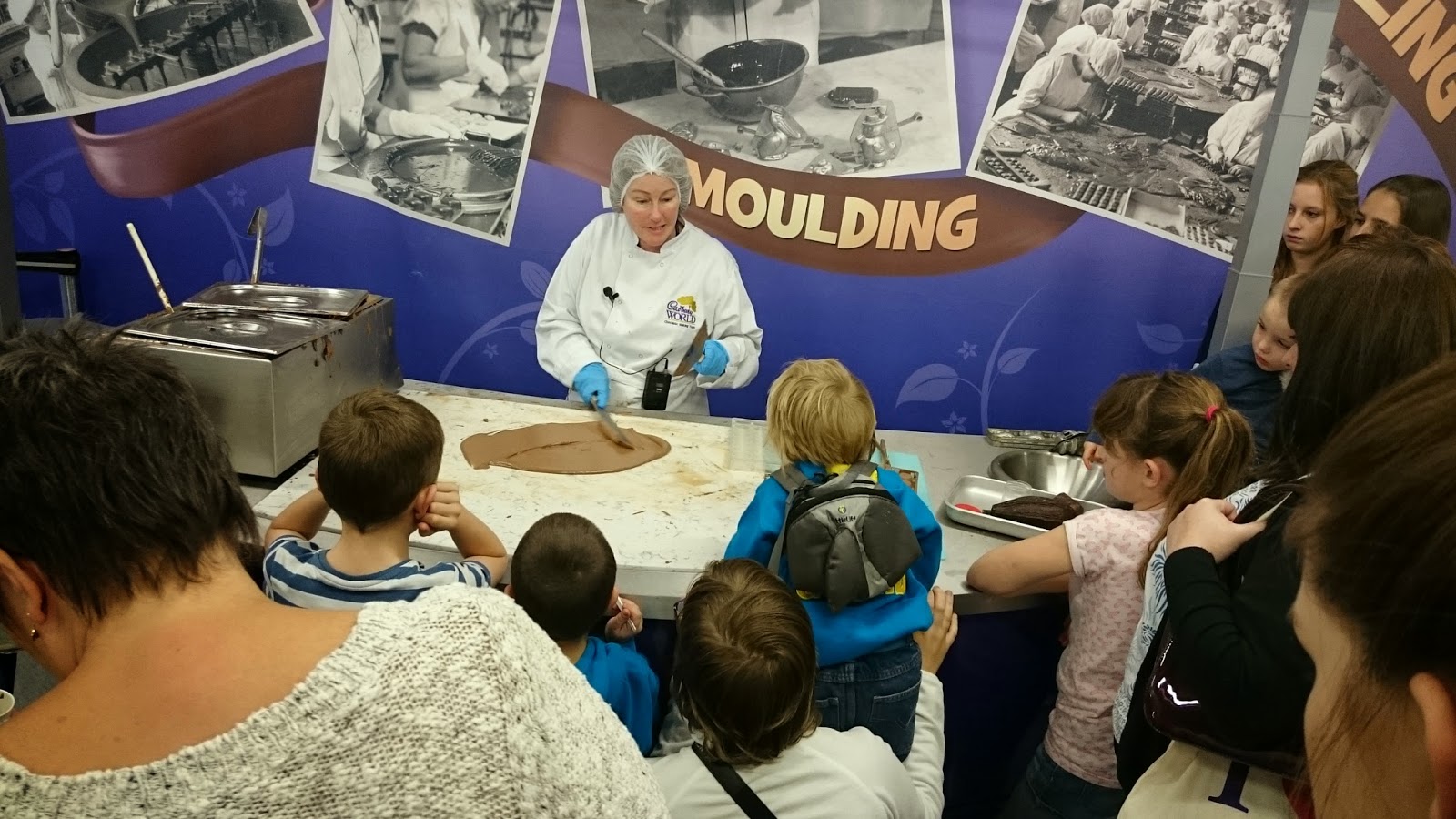 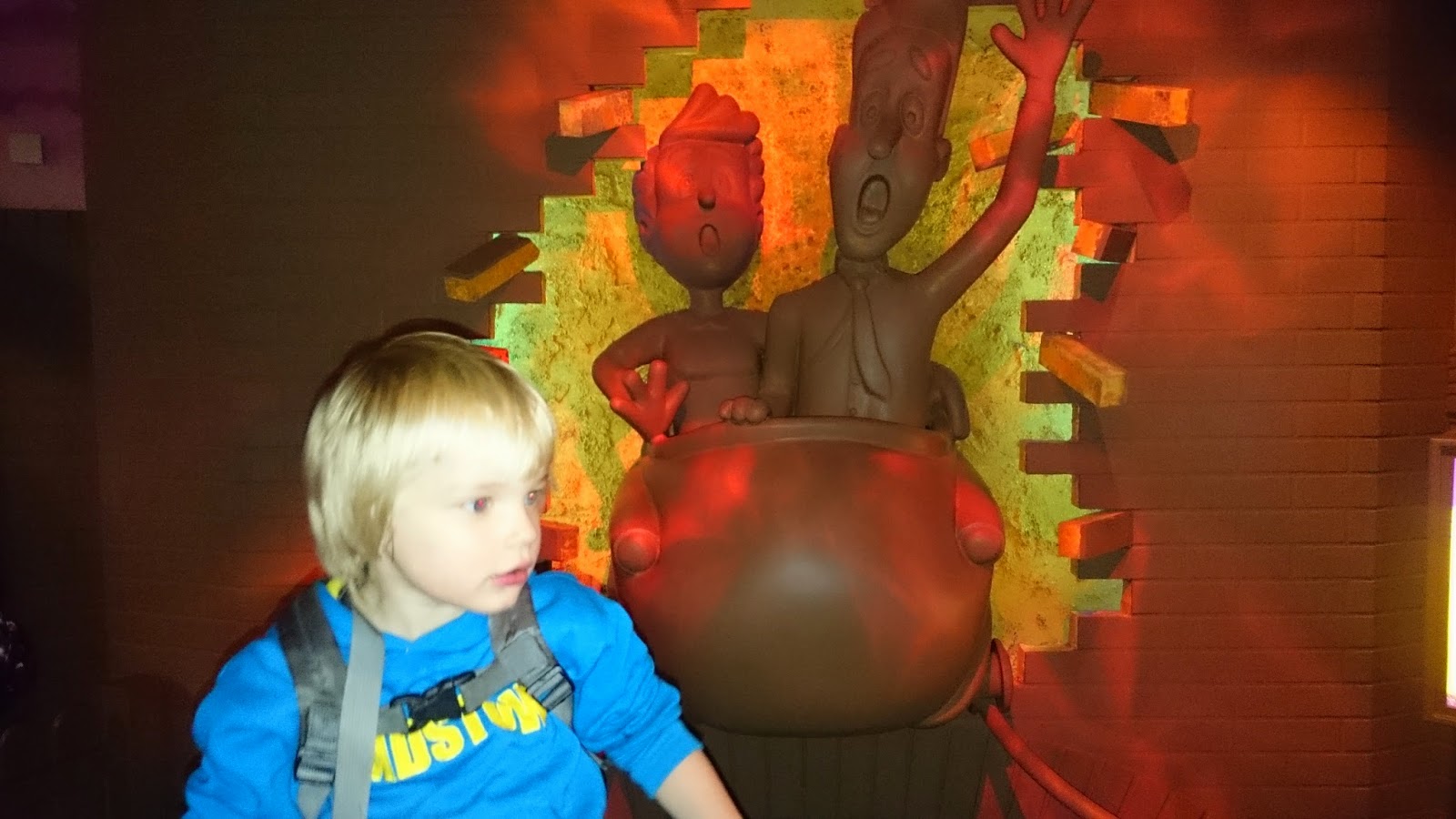 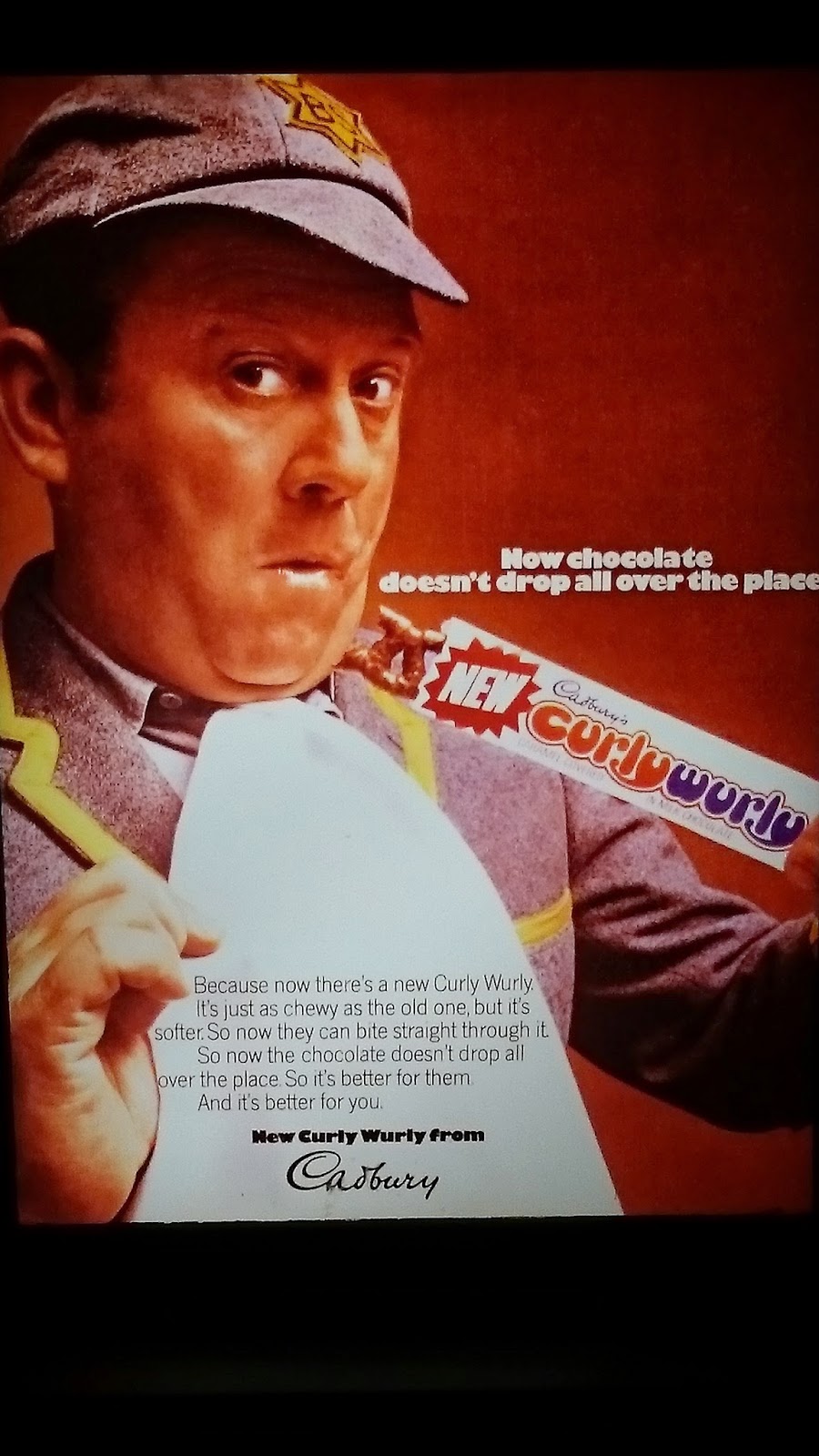 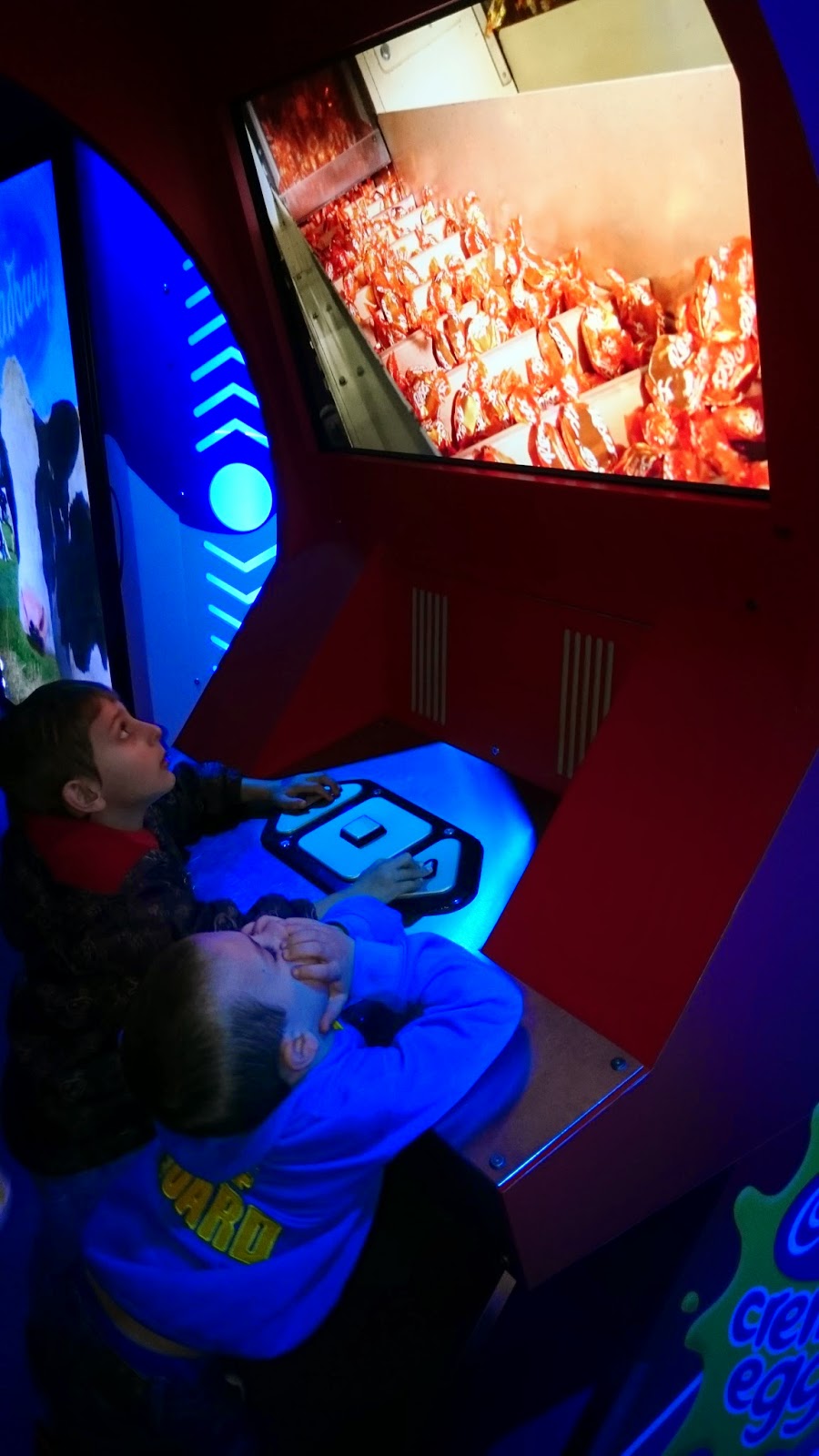 As well as collecting chocolate along the way which (obviously everyone enjoys doing), the other attraction the kids really enjoyed was Cadabra a fun beanmobile ride through chocolate wonderland. 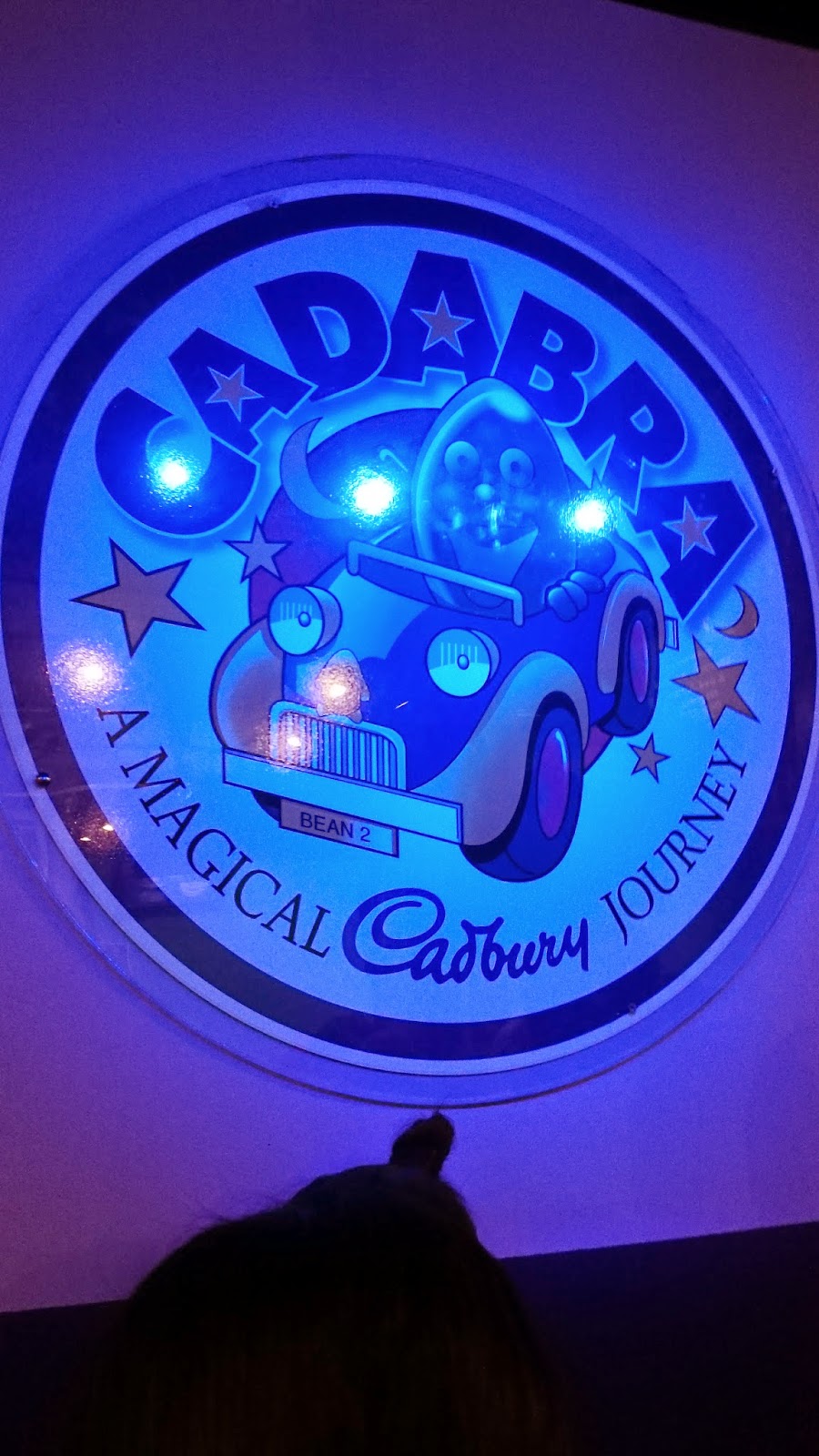 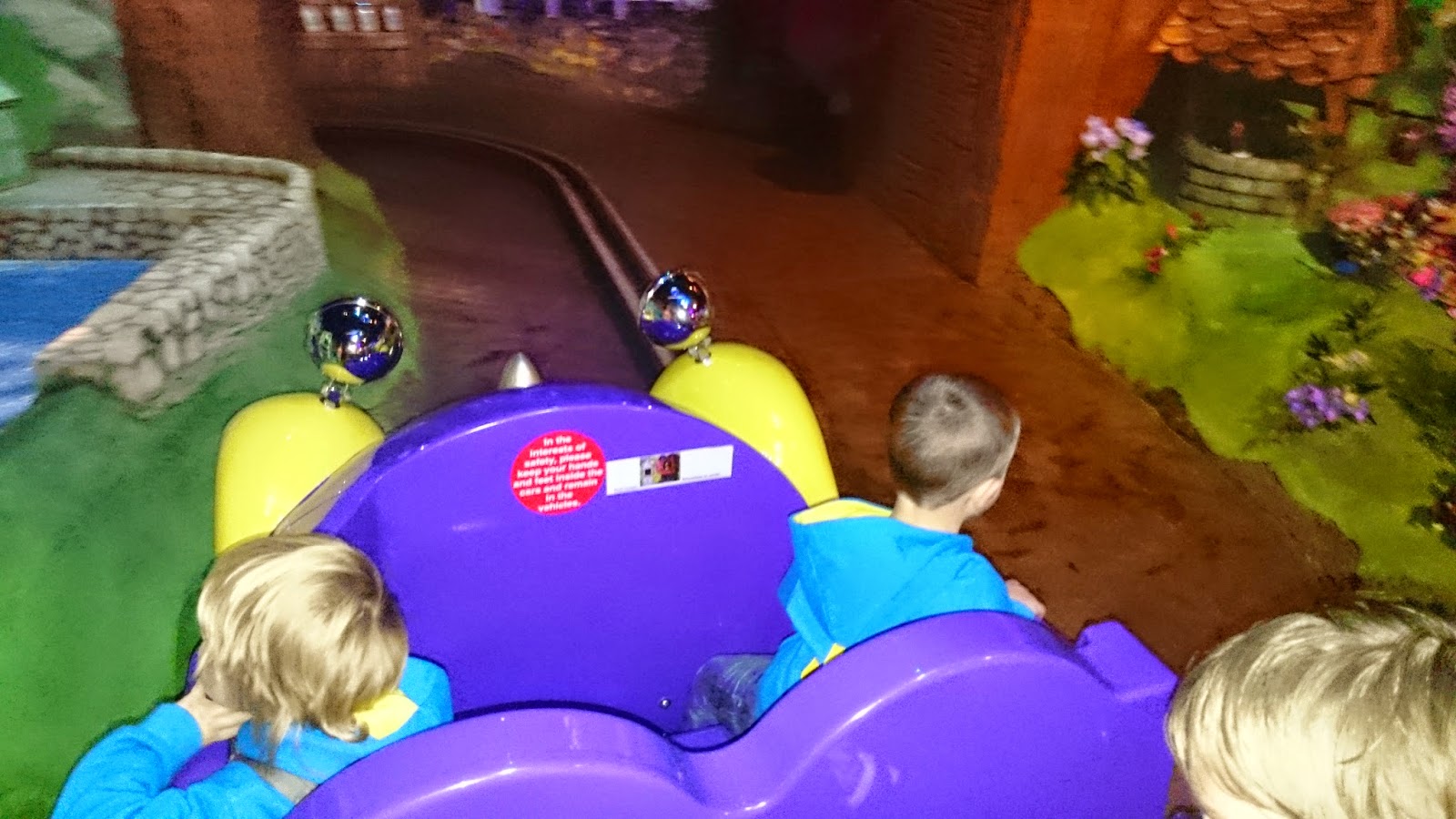 The last thing to do before you leave Cadbury World is of course a visit to the World Biggest Cadbury Shop where you can buy everything thing from freddo bars through to proper tell size teapots in the shape of dairy milk pieces, there's gifts for all ages here.
Well that was our day out to Cadbury World enjoyed by us all.

A couple of fun photos of the day to finish my post off. 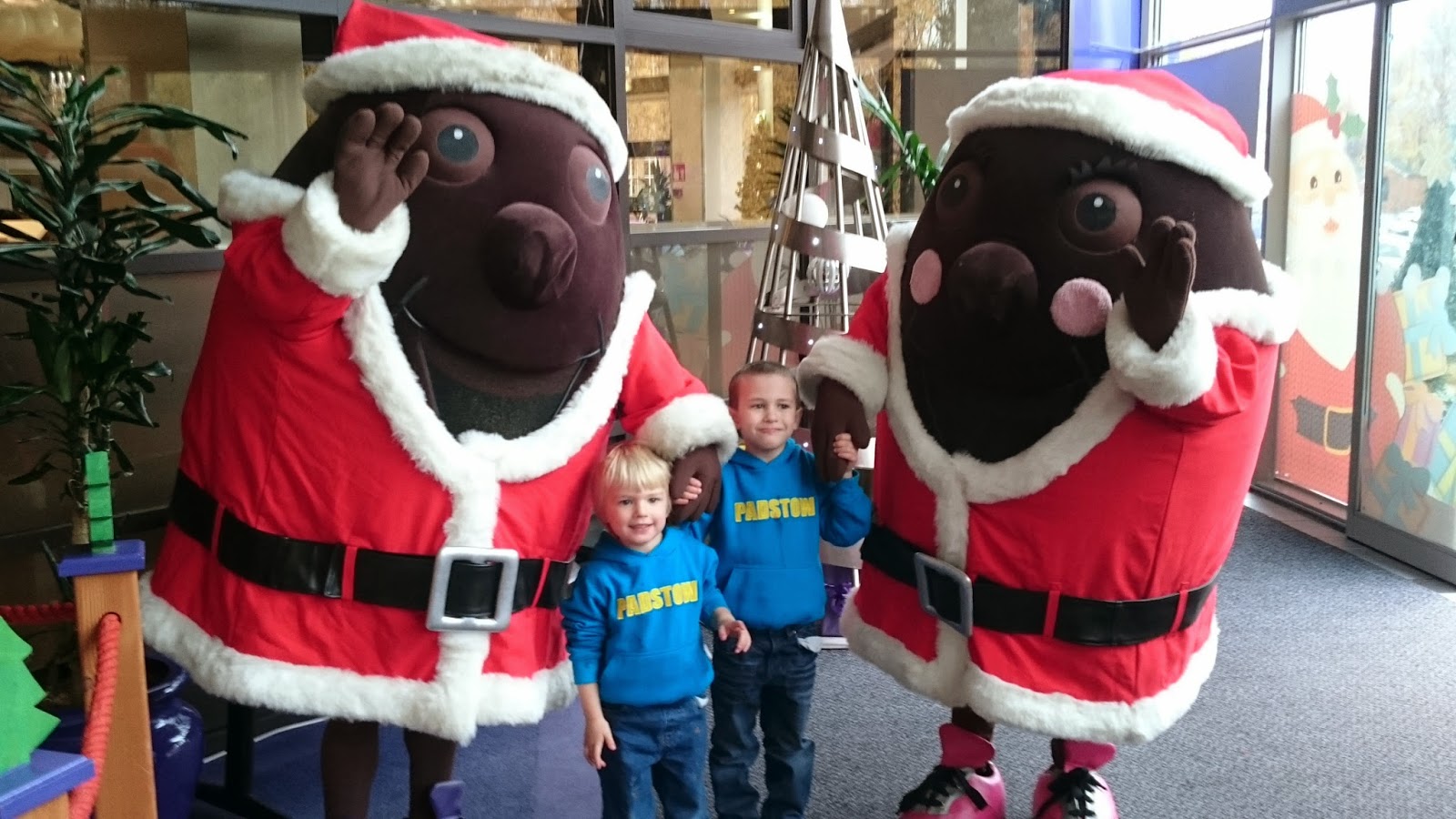