With the NFL game between the Minnesota Vikings and the Pittsburgh Steelers being played at Wembley this evening, it got me thinking about the time I was lucky enough to be able to go to Wembley and watch a NFL game for myself.

I went on Sunday 28th October 2008, along with my father in law, my sister in law and her husband who are both huge NFL fans to watch the game between the New Orleans Saints and the San Diego Chargers. My wife was left behind although she really wanted to go with us she was heavily pregnant and was due to give birth to our first child any day. 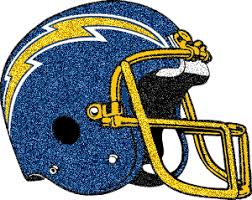 I must admit that I am not really a NFL fan by any stretch of the imagination. I had seen bits and pieces of the odd game here and there but nothing more than a few minutes, certainly not enough to understand or even appreciate the sport by any means.

Saying that, when the opportunity arose to go to Wembley to be part of this huge fixture, of cause I jumped at the chance who wouldn't?

As I previously mentioned my sister in law and her hubby are massive NFL fans, they had already been to the previous year's fixture at Wembley, the inaugural game between the Miami Dolphins (who sis in law follows) and the New York Giants, they said the experience was so amazing that i wanted to go along and find out for myself just how amazing a game could be.

I had never been to Wembley before so that for me was a first in itself, to go and watch a game of American football at the home of  football seemed strange at first but once there I forgot all about soccer (shall we call it for our friends from across the ponds) and I got caught up in all the glitz and glamour of a football game.

Wembley was awash with colour, massive support for both teams, every direction you looked all you could see were jerseys and flags supporting not only the two game teams but every NFL team. It was an amazing sight to witness banners, flags and jerseys of all teams coming together for this one game.

I must be totally honest with you now, although it was the longest four hours of my life, watching this sport I had no real idea of what was going on, what decision were being made for what tackle, who was throwing to who and why there were so many stoppages in play, I actually really enjoyed the experience of my first and probably my only ever American Football match.

The game finished 37 - 32 to New Orleans Saints, so the Saints fans both there and afar went home happy, but I think everyone at Wembley went home happy after enjoying such a great night of sport.

To end all I will say is come on you Vikings.