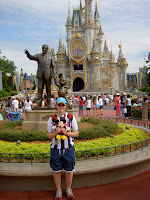 We had walked around Magic Kingdom for most of the day taking our own photos but also having photo taken off us by the parks photo crew.

Towards the end of the day you can go along to the photo shops and view your pictures and purchase them if you wish (similar to how you do at Alton Towers or Drayton Manor).

Well we thought whilst it was parade time (which we had already seen by the way) we would go off to the photo shop and take as look at our photos, little did we expect to happen what happened to us whilst at the shop. 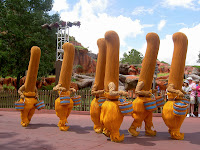 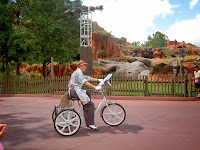 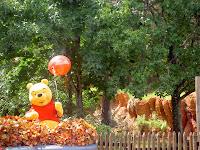 We went into the shop got greeted by the very friendly shop staff (like you do in all the Disney shops) and shown our pictures on the computer screen, some of the pictures we liked some we didn't to be honest. Well we decided which we were going to have and completed and transaction and left the shop.

Nothing unusual about that I hear you say and yes you're totally right nothing out of the ordinary at all, but as we were exiting the shop we noticed a side corridor leading to what looked like a mini cinema. We were right it was leading to a Kodak mini cinema area, full of old pictures of Disney World,  original Disney characters and it was also showing a short film about the history of Walt  Disney and the Disney Parks.

Boring I hear some of you say, yes possibly but here's where the magic of Disney gave us a special holiday memory, for we were the only ones in this room, little did we know it was where the characters came into for a break from the baking Florida sun.

This was where we got this special unique photo of my wife with Pinocchio posing in a photo. (You have to look very carefully to the left of my wife). 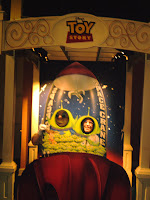